As written about several times on this blog, my current doctoral research focuses on Tokyo’s postwar economic history. I want to establish space as an independent variable in understanding economic outcomes. 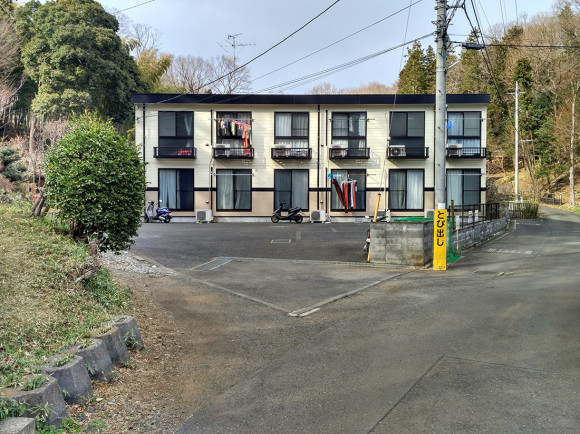 When I talk about space, I mean things as diverse as density, distance between the different activities carried out by the city’s inhabitants, the configurations of power (e.g. where is power physically located?), or the built environment in its many shapes (e.g. its permanence and its appearance).

This may all sound fairly vague. I have collected examples on my blog over the past months which hopefully make this more concrete. I hope to add more, helping me to advance my understanding of Tokyo alongside my wider theoretical work.

Taking a step back, and before going into the topic of space itself, a few words about my motivations to pursue this study. Economic historians are interested in the historical interplay between factors of production, i.e. land, labour and capital. They often follow a factor endowment approach, i.e. they try to understand how much of the three factors of production a certain territory possessed and how these interacted.

Land is the primary factor, and designates natural resources above or below ground. One of the major reasons for the significance of land is the important role of agriculture and agricultural productivity in explaining economic outcomes. And yet, neoclassical economics has often treated land as a sub-component of capital, or ignored it altogether. Two-sector models, e.g. Lewis’s “unlimited supplies of labour”, are a case in point.

Treating land separately is extremely important because of its unique characteristics. Gaffner (linked above) critiques neoclassical economics for omitting locational factors in their analysis, which at least in part explains the to him blatant omission of land.

Why is land important and deserving of a separate analysis compared to capital? Gaffner lists several points, of which the following ones are most intuitively usable for my study: Land value clearly depends on your vantage point (how far away from your firm’s nucleus is the land you wish to acquire?), market prices therefore gloss over the complexity of land location. (Gaffner goes on to say that labour and capital are homogenous units without locational factors. However, location matters greatly for labour, too, despite its mobility. We cannot say that for land.)

Another point Gaffner raises is the versatility of land. “New demands and discoveries bring out new virtues in old land, but it is man that has changed, not land.” Former farmland can be turned into urban land easily. It is also easily divisible, unlike capital. Moreover, the cost of land and the cost of capital are often inversely related. High land prices make investor prefer certain kinds of capital that substitute for or enhance land (think of high buildings, ground solidification, land-linking infrastructure or land-capture).

Going back to economic history, the following questions are often asked in relation to land: Does a country possess abundant land or is land scarce? Will surplus labour be pushed away from the countryside or can more land be made arable? Can more labour be employed in order to save capital? Or is capital relatively cheap enough to be employed in order to save labour?

Consider for example the macro perspective in Japan, a traditionally land-scarce country. Much of the land surface is non-arable, and a traditionally large population meant that population pressures did not translate into a larger area under cultivation. (This happened last during the seventeenth century when a push into more marginal areas took place.) Instead it led to a more intensive cultivation of existing land.

Land fell out of fashion mainly as a result of industrialization and rapid urbanization. Economists became primarily occupied with the two now-dominant factors of production, i.e. labour and capital. After all, the transformation towards an industrial society played out primarily in the burgeoning cities, not in the “backward” countryside, where land was a much more important factor of production.

At the beginning of its modernization spurt, Japan was capital-poor and benefited from its abundant and cheap supplies of labour, primarily sourced from rural population growth. This is a two-sector approach in practice.

Spinning back to the beginning of the post, what my work essentially tries to do is to bring the land factor back into the postwar urban age. As opposed to agricultural productivity, I am interested in “productivity of urban space”. I feel that specific qualities of space had a profound impact on how production, consumption and distribution took place in Tokyo.

A paper by Arnade, Howell and Simons has charted a path toward establishing space as an important unit of analysis in economic history. Their paper is entitled “Fertile Spaces: The Productivity of Space in Northern Europe” (2002). It holds that urban historians have much to gain by “interrogating the proliferation of spaces”.

The authors are influenced by French Marxist philosopher Henri Lefebvre. I am slowly familiarizing myself with him and his work (and that of David Harvey, but more on him later), although I am going about this only very slowly. Some initial reading notes and questions follow.

Henri Lefebvre’s most interesting work for my purposes is his 1970s The Production of Space, which appeared in English translation in the 1990s. As the title suggests, Lefebvre was interested in the social production of space. Contrary to a strict scientific understanding of space as well as time, their experience was related to the conditions in which they were experienced.

In Lefebvre’s opinion, space was not just the site of an action or a conflict, but an object in this action or conflict too. He also thought that production was not only about making things, but also as a mental process of “making society”. Therefore, space becomes an important factor of production.

Moreover, space manifests itself in several ways: Space as real refers to it being generated and used in its physical form (spatial practices). At the same time, space can be seen as imagined if we think of architectural drawings or maps (representations of space). Lastly, space can be real-and-imagined (representational space). Think of less formal or local forms of knowledge, the level at which people ”unconsciously respond to space and represent it in symbols” (Arnade et al 2002: 518).

In this reading space is not only a “passive recipient of meaning”, but becomes its generator (ibid). Lefebvre implicitly criticized Marxist thinkers, whose understanding of space was limited. Historical materialism itself elevates time over space, and geographical differences are thought of as marginal.

According to Arnade et al, Lefebvre insisted that space was as much a productive force as labour, capital and technology. Again, this is probably the key insight I would like to corroborate from my own reading of the master.

Another way of looking at this would be to consider space as a factor that shapes the relationship between capital and labour (and land). Put differently, space has an important influence on the interplay between production, consumption and distribution.

While reading Lefebvre, one wonders whether his ideas on the production of space are easily transferrable to Japan. Given that a surprisingly large proportion of his works have been translated into Japanese, I am assuming there is a lively dialogue surrounding this question available in academic publications here. Much legwork remains to be done for me.

In terms of English language work, a recent volume features an article by Wing-Shin Tang. He argues that Lefebvre’s ideas are understandably Eurocentric, also because he was “spatiotemporally bound”. Indeed the philosopher has “great difficulties in understanding urbanization under colonialism”. Citing evidence from Hong Kong, the author says that

Chinese land practice entails non-dualities between ownership and tenancy, between transferability and perpetuity, between individual and collective (that is, ancestral), between urban and rural, and so on.

I think much of this may hold true for Japan. The concept of the city as well as the urban-rural interplay are very separate from that in the Western world (see here for a great article exploring some of these issues).

requires us to construct a spatial story for the urban societies under investigation: their governing, including in particular their land system and practice. These societies play a more active role in either encouraging or deterring urbanization, necessitating a more nuanced open-geography and open-history analysis of the town-country relationship than a ‘globalized’ Lefebvre can afford.

The author continues with a series of excellent points regarding the limits of “global urbanization” or comparative urban studies.

I will continue to elaborate these points and hopefully add to the quoted pieces with my own reading of Lefebvre and his applicability to Tokyo’s postwar case.