I took a short bike ride up north today and took a few photos of housing developments from the 1960s. A great long-form article for background to the current debate surrounding the New York City Housing Association can be read here. 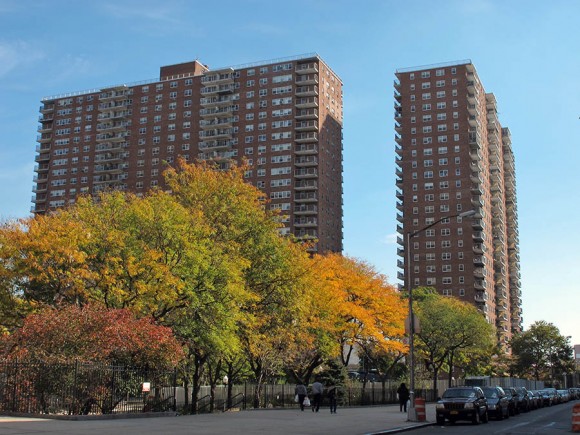 Esplanade Gardens were built in 1967 and comprise six 27-storey buildings with a total of 1,870 apartment buildings. The architect was a so-called Seymour Joseph, who only recently passed away at the biblical age of 96.

The development is a Mitchell-Lama development, which means that most tenants have some form of rent control capping their monthly payments. Developers back then were given financial incentives (tax breaks, guaranteed return on investment) when building these big developments.

Following a series of recent (and controversial) rent increases, tenants with a two-bedroom and balcony apartment still pay only about $800 per month. Unsurprisingly, units are still in high demand and long waiting lists have formed. Allocation happens via lottery.

There is a growing concern among the residents that gentrification will eventually drive out the largely African-American tenants, with white middle-class taking their place. And while $800 per month may not seem much, average incomes are much lower than the median in New York. The South Bronx congressional district across the Harlem river is the poorest in the United States. 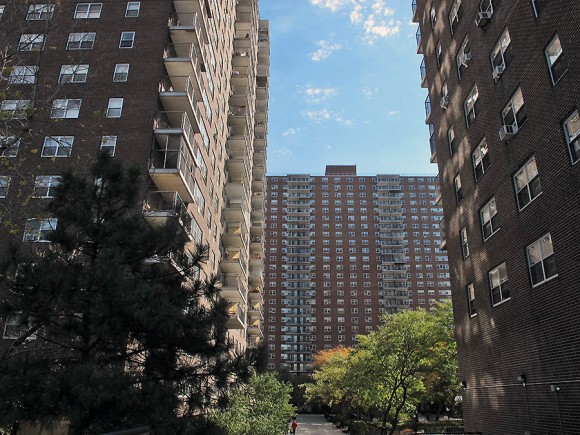 New York’s affordable housing system is the cause of much consternation from those outside it and emotional defence from those on the inside.

Waiting lists for New York public housing are formidably long: there are now as many individuals/families on them as there are apartments (north of 200,000). Turnover is notoriously slow: once allocated a place in public housing it becomes so coveted that average rental periods exceed the private, open market by way of multiples.

Yet there is also affordable housing released to the market that does not really deserve the name. I have written a bit more about the housing market here. I hope that by the end of our stay in New York (whenever that will be), I will have a better idea of this intricately difficult system. 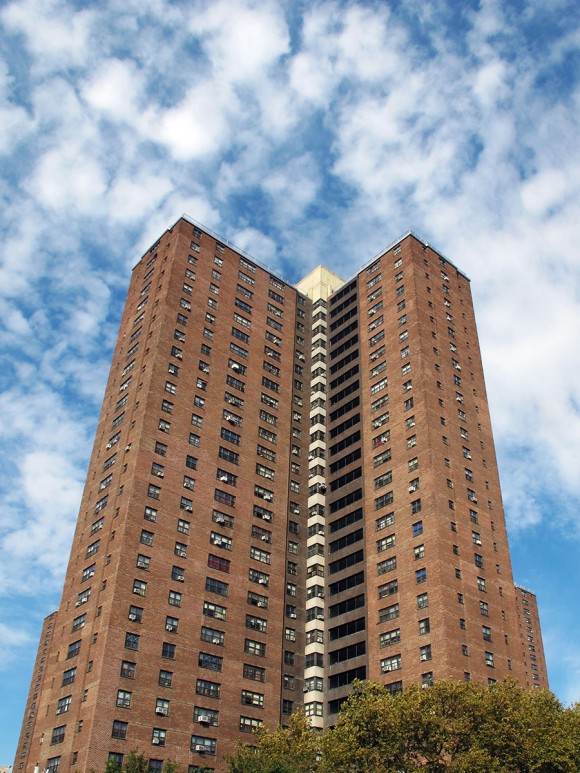 Polo Grounds Towers were finished in 1968. The occupy the approximate location of the former Polo Grounds, home to the New York Giants until 1957. Polo Grounds is run by the New York City Housing Association. Their four 30-storey towers house a total of 1,616 apartments. The Towers are one of the city’s most notorious “projects” – the nickname for such public housing developments. 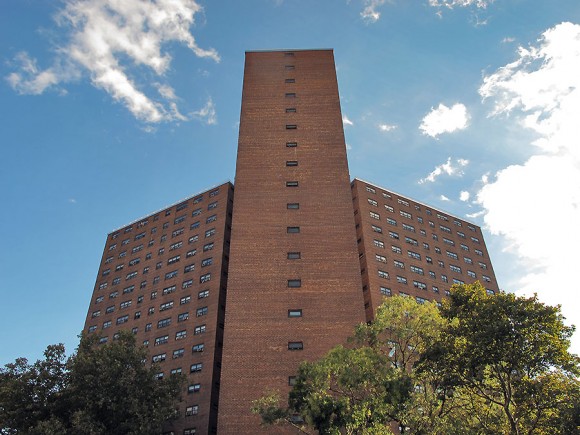 Manhattanville Houses were finished in 1961 and consist of six 20-storey buildings with a total of 1,272 apartments. The development borders the affluent world of Columbia University in the south – and really, this is where two worlds collide: on the southern side, the privileged Ivy League and in the north, an overwhelmingly poor community with little social mobility.

Almost 8% of all New Yorkers live in public housing of the Manhattanville Houses sorts. The demographics are roughly split between Black and Hispanic, with White (5%) and Asian (4%) in the minority. It is a parallel world to that which many New Yorkers live in. An interesting project to promote visibility of the inhabitants of Manhattanville Houses was reported on here. 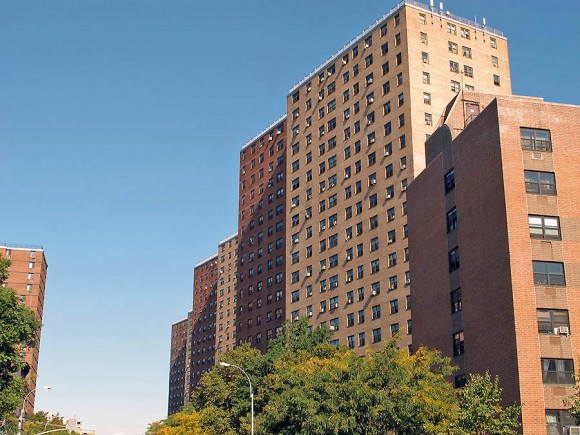 Lastly, Drew Hamilton Houses were completed in 1965 and consist of five 21-storey buildings with a total of 1,207 apartments. They are named after Cornelius Drew, a pastor, and Alexander Hamilton. The development made international headlines in 2003, when a man claiming his bite wounds were from a pitbull was found to keep a pet tiger (and a huge reptile) in his flat.