The leafy neighbourhood of Azabu is one of Tokyo’s most upscale residential districts, home to many embassies and expensive apartment blocks. It is also the site of Tokyo’s Mormon temple, or Japan’s Temple of the Church of Jesus Christ of Letter-Day Saints as it is formally known. It is an imposing and slightly surreal sight. 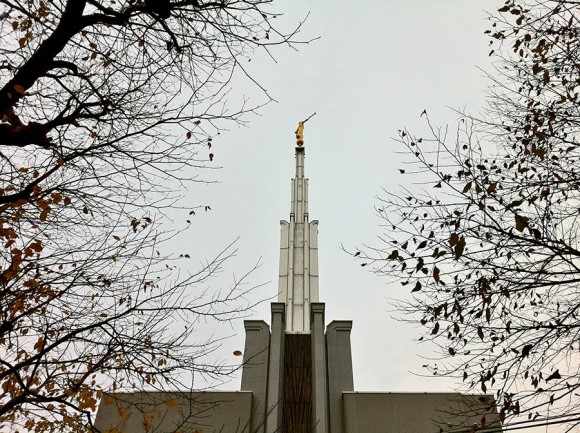 The temple was the first LDS temple in Asia and was built on the site of a former mission home. It sits on a relatively small site with a size of less than an acre. It is 54 meters high and shares some features that can also be seen in other Mormon temples, such as the Angel Moroni statue at the top.

The Mormon Church in Japan is rather small, with little over 100,000 followers. The mission’s biggest “successes” occurred in the 1970s, when one of the faith’s local leaders named Delbert Groberg employed a more aggressive proselytising approach  – especially singling out younger Japanese in his South Tokyo Mission.

The growth seems to have ebbed since and many people now predict the faith to shrink in size again. The availability of the internet and a general precaution with sects seem to make people wary of signing up to such marginal faiths in Japan. Despite this, another temple opened in Fukuoka in 2000 while another one is under construction in Sapporo.

For us in Tokyo, the LDS temple will remain a monument to the Mormons’ ambitions in Japan during the time when it was built during the late 1970s. 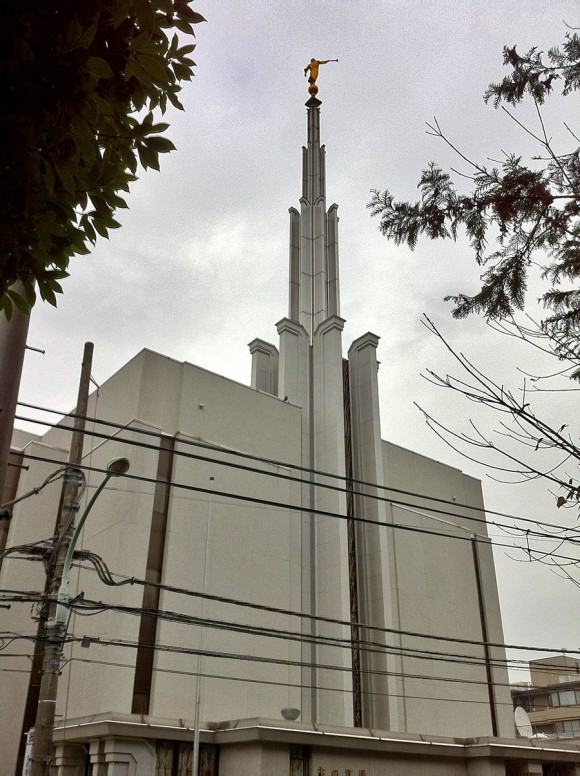 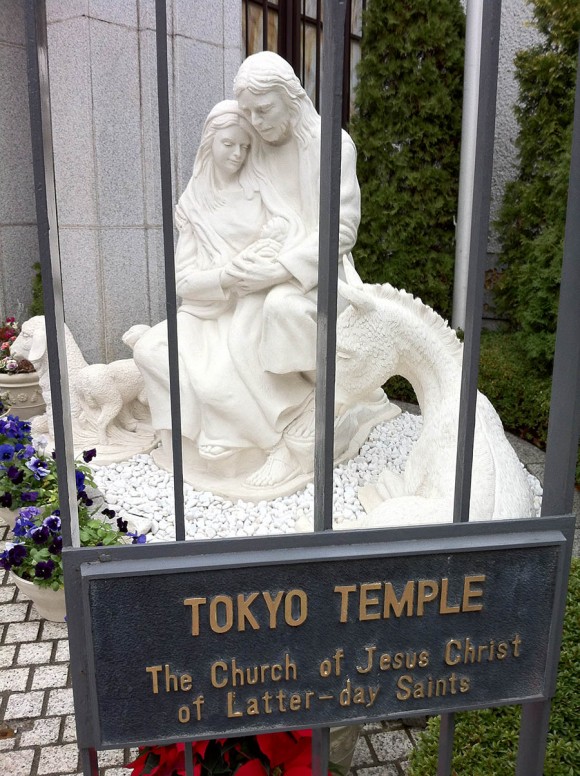