We’re just back from a brief two-week trip through China and Korea. One of the highlights was our visit to the Korean Demilitarised Zone / Joint Security Area. The latter is the famous place where North and South Korea share a blue building that can be used for diplomatic talks. It’s the only place where you can stand on North Korean territory without actually visiting the country. 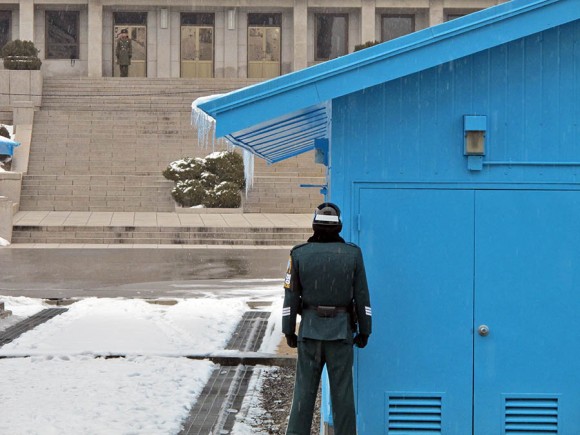 Tall South Korean soldiers stand in taekwondo pose, two of them seeking half cover behind the blue building to offer less of a target during a firefight. Their northern counterparts are watching the scene through binoculars. 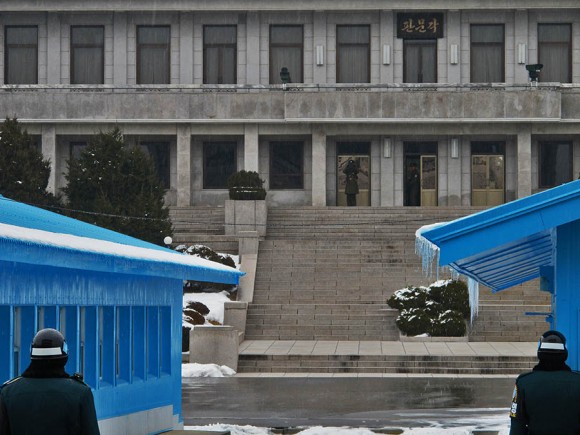 It’s a strange face-off. While busses of tourists are visiting the southern part of the JSA every day, the northern side only gets a few visitors every week. The North Korean soldiers are known to cut grimaces from time to time. You are often reminded not to make gestures back or point at them (or anything else on their side). 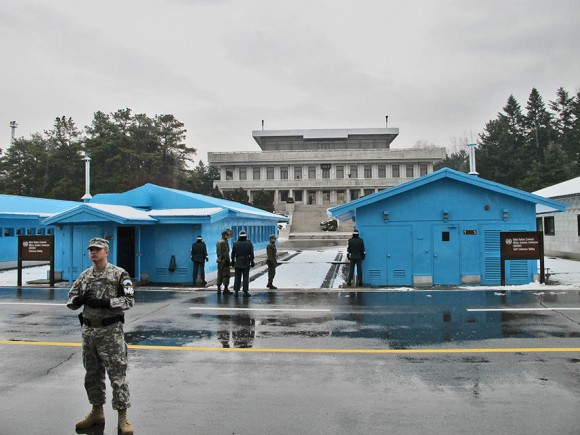 A friendly US soldier accompanied us on the tour and gave us the lowdown on the history of the area. He also took us into the blue building. Here, it’s first-come first-serve: whichever side enters the building first walks through, locks the other side and brings its guards in position. Mostly it’s the South Koreans. Their guards wear sunglasses and make-up in order not to give away any sense of emotion. They look a bit unreal. 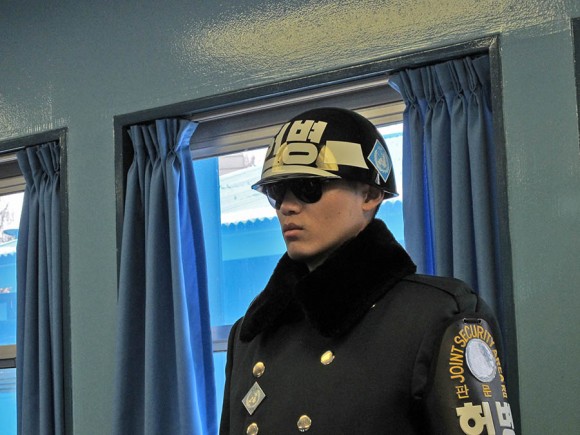 On the North Korean side is Kijong-dong, a propaganda village with a 160-meter-tall flagpole. The flag is so heavy that it needs a storm-like wind to make it wave. The scene looks particularly grim on a grey day like the one we chose for our visit to one of the most surreal places in the world. 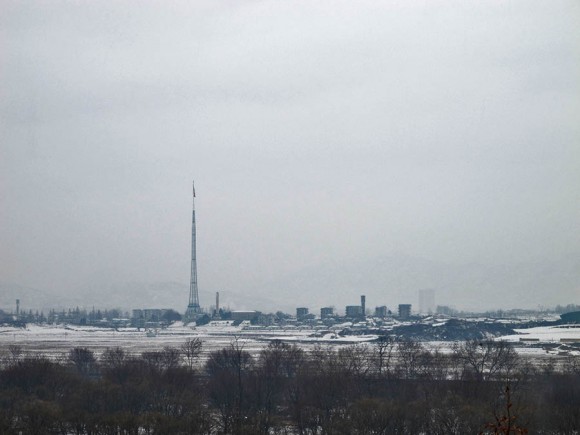 There are more in-depth travel posts about visits to the JSA here and here.