Just down the road from where I live (until Wednesday!), a building has been rising to the sky relentlessly, floor by floor since we arrived in Tokyo five months ago. On 1 March, a press release revealed (to me at least) what this is all about: it’s Mori’s new mega-project, now officially christened Toranomon Hills after the area it is situated in. It is the developer’s largest since Roppongi Hills got opened ten years ago and at the heart of the whole area’s redevelopment.

Immediately after the war, a reconstruction city plan featured a ring road around Tokyo’s centre. An important piece of it would run from Shinbashi to Toranomon. It got dubbed “MacArthur Road” as the US Embassy is roughly located on its path. Alas, the street never got built, mainly as it proved too difficult to persuade the area’s inhabitants to move.

Then came Mori with his tried and tested method of clearing large swaths of Tokyo for his mega building projects. This mainly happened by offering seemingly generous compensation deals to affected owners, often in the form of flats in the residence buildings accompanying the large office towers. Other big developments like Yebisu Garden Place and Tokyo Midtown replaced pre-existing large structures and were thus seemingly “easier” to pull off.

Mori’s first foray into this city-within-the-city development started in the late 1960s, when preparations for Ark Hills began (and from where I am writing this story now). It took the good part of two decades until the project finally opened in 1986. Patience and long term vision were also necessary for Mori’s other projects, perhaps helped by the fact that Mori is a private company with a (seemingly) strong balance sheet and good connection to banks.

The strategy of buying up plot after plot in the way of the intended construction path has also been employed in the Toranomon project, helped by the fact that the Ring Road No. 2 will largely be underground and so less residents have to move.

The scale of the undertaking is impressive – not only for the 52-storey tower at its heart (which will arguably be the highest building in the city). MacArthur Road is expected to be turned into the new Omotesando Boulevard. The idea is to redevelop central Tokyo where rents have fallen after the financial crisis.

Mori’s vision of the vertical garden city is being further pursued after his death last year. A friend and I just walked from the building site via Atago Green Hills up Kamiyacho to Ark Hills. Almost uninterrupted by “normal” Tokyo, the walk leads you along artificial parks, fountains and pedestrian pathways. The only problem: it’s empty and devoid of any real character. But other people may disagree with that verdict.

Further “Hills” developments will undoubtedly be built. A new zoning plan for the central Minato ward is being drawn at the moment. Mori co-owns the site of the former Toranomon Pastoral Hotel. A further mega project here would mean that you can hop from one city-within-a-city to the next.

In the end, you may be able to avoid the real Tokyo altogether if you’re so inclined. 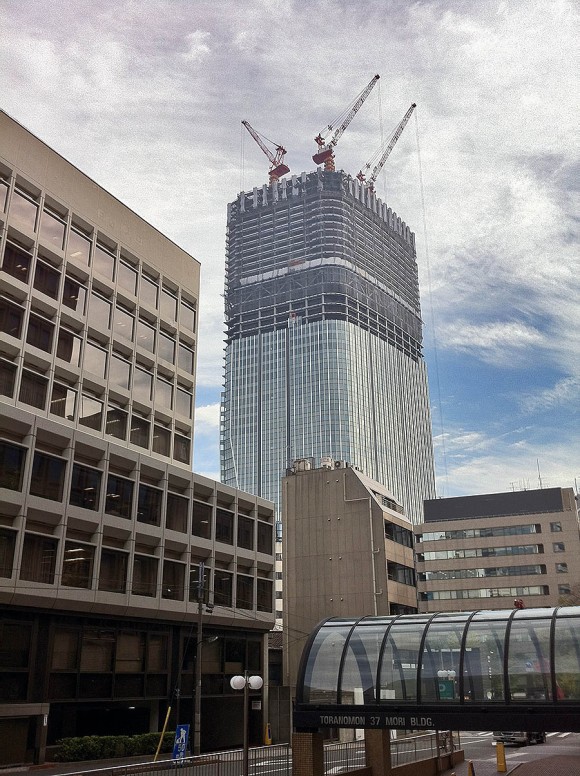 The whole length from Shinbashi to the construction has been cleared of buildings, offering vistas rarely seen in Tokyo. 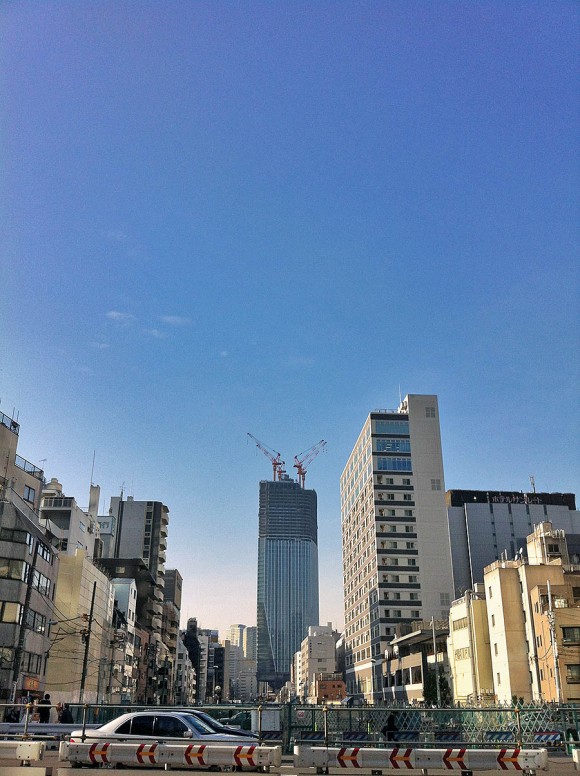 I wonder what will happen to this amazing Soba noodle place once the area is fully “redeveloped”.

The tower has now reached its final height. Hyatt announced that its boutique brand Andaz will occupy the top floors. 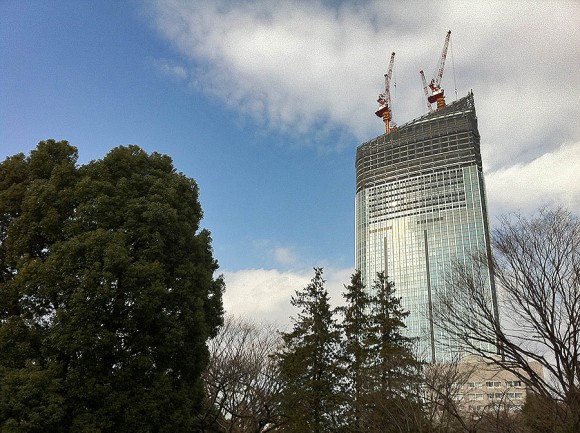 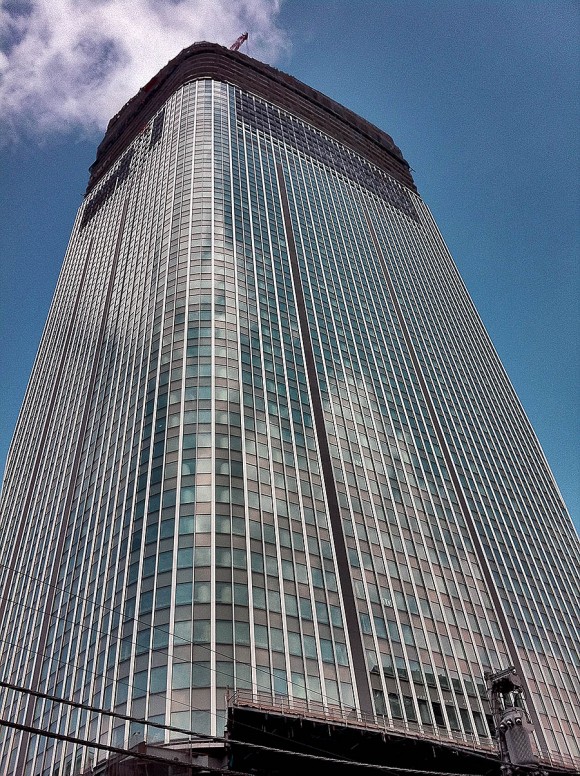 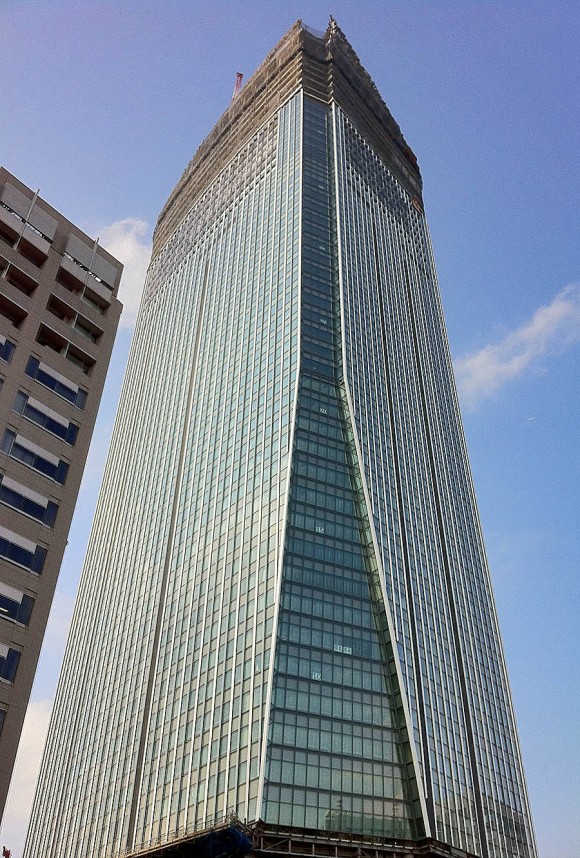