The flat which a friend of mine has kindly offered to me for the last two weeks of my Tokyo stay is a short walk from the Chinese embassy. With tensions between Japan and China running high, it is no surprise that protests take place here from time to time. Just as I was walking by this Sunday, two uyoku dantai (literally “right wing groups”) vans were trying to make their way through police blockades. 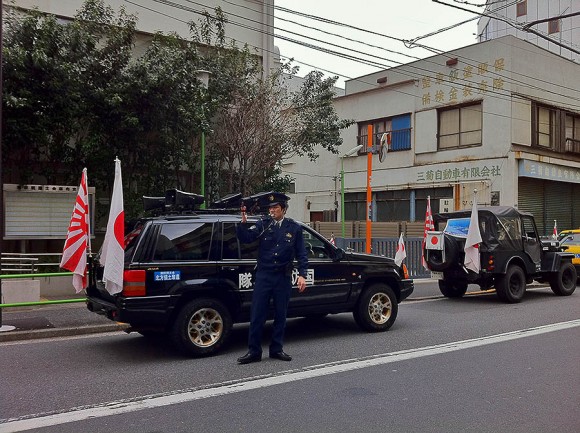 The black vans are “adorned” with nationalist flags and slogans. Their loudspeakers blast out propaganda speech or patriotic hymns and marches. Youtube has plenty of examples. 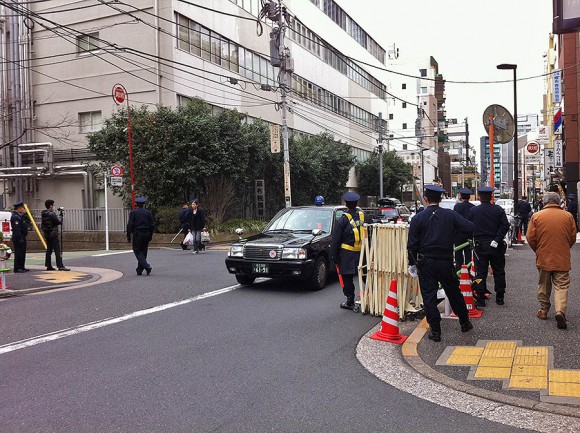 They were not successful in making it to the front of the embassy itself. The police seem to have a strategy in place whereby they can quickly seal off the whole road upon the approach of these vans. It looks a bit like cat-and-mouse.

The same regularly happens in front of the Russian embassy, which is next to the NOA Building, and the American Embassy, opposite the Hotel Okura. Photographing these two buildings is thus fraught with a little difficulty as police are everywhere and slightly suspicious. The book’s photographer and I went down to the NOA Building last week and had to find out.

The right wingers / revisionists regularly make pilgrimages to the controversial Yasukuni Shrine. I accompanied a friend to the shrine’s museum the other day. He earns his money with military history research. Needless to say, he was slightly shocked by the rather lopsided view of history on display here… 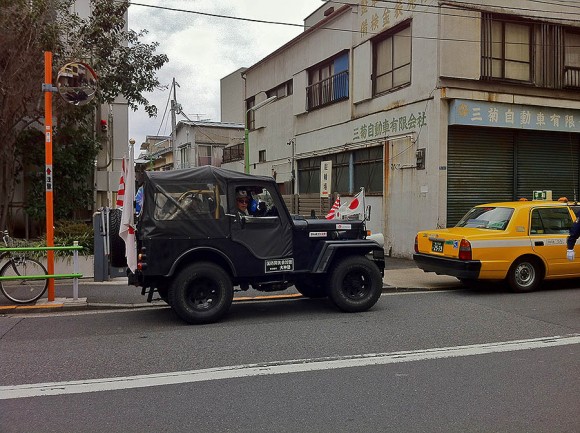