I have been wading through historical budget data for the 23 wards here in Tokyo. To many, nothing could be more dry. However, I think that understanding public finance in the first megacity holds an important key in explaining the city’s success. 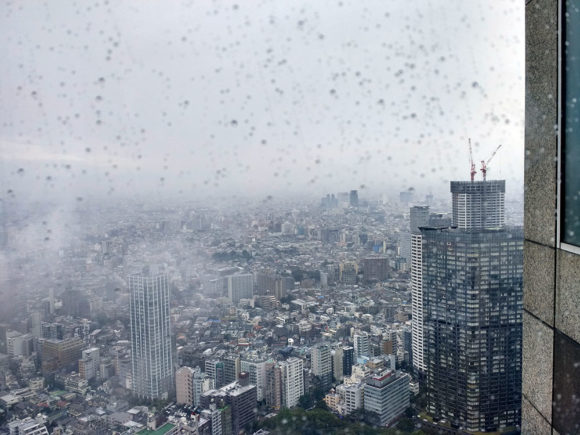 In Japan’s centralized system of postwar public finance, the Tokyo Metropolitan Government (TMG) was by far the most powerful layer of governance when it came to both revenue raising and spending capacity. Up until the mid-1960s, the ratio of TMG/ward expenditure was more than 80%.

The wards are interesting to analyze nonetheless. They were mainly responsible for education spending and from 1964 for several other important functions that were devolved to them from the centre.

In starting my research for the next chapter of my dissertation, I am interested in the differences between the different wards and how they evolved over time.

After hammering several thousand budget items into Excel over the last couple of days, some trends emerge. The three central wards Chiyoda, Chuo and Minato really skew the data and let variability measures increase over the available time horizon (1949-1970). This is due to the share of the corporation tax that accrues to the local wards and which is obviously very high here.

They also shed the highest proportionate share of their population during the sixties as people move out of the congested and expensive centre towards the outer wards and the suburbs. As I use per capita figures and spending, especially on education, is often sticky, this makes these wards statistical outliers.

The variability in municipal tax take per capita across the 23 wards decreases. This is quite an important finding and serves to support my egalitarianism argument written about elsewhere on this blog. Tokyo’s unprecedented growth proceeded largely without stratifying the different parts of the city (minus the three central wards).

However, the difference of per capita (in-kind) transfer payments from higher layers of government (TMG, central government) increases sharply over the same period. This hints at the presence of a strong redistributive strategy by the government, i.e. some wards receiving a higher share of transfers per capita than others. This is nothing new perhaps, but I have not seen data to support this at this level yet.

How important is the per capita municipal tax take of a ward in explaining its per capita spending? There is a strong and rising correlation initially (reaching 70.3% correlation in 1954, again excluding the three central wards, i.e. richer wards spending more per capita).

From here, this correlation comes down rapidly. It even turns negative in 1970, meaning that the less revenue the ward raises on its own, the higher total per capita spending is, financed by intra-government transfers.

Of course there is plenty of institutional analysis to be done to put these numbers into context. The English language secondary literature features some prominent Japanese scholars which I will try and sight over the coming weeks. Unsurprisingly, the GRIPS library is strong on public finance and local government in Japan.

The LSE legend William Alexander Robson came to Tokyo in the latter half of the 1960s and wrote a report on the TMG, which I am trying to order. It will be interesting to see this Western perspective, especially given Robson’s pivotal role in setting up the influential Greater London Group at LSE.

TMG itself ran an interesting series of English-language material beginning with the governorship of Minobe that has to date not been systematically analyzed.

In terms of primary material, besides my numbers, the Shoup Mission in the late 1940s as well as some SCAP archival material may well have something novel to offer when looked at from the perspective of ward-TMG relations.

There is for example an amazing 1950 pamphlet penned by Ota Ward officials asking for more autonomy amid TMG’s perceived institutional overstretch.

My question is: These figures, treated with the right degree of caution, show a peculiar configuration of urban governance that is very obviously redistributive. Towards the end of the period, with the revision of the Local Autonomy Law in 1964, however, we see some degree of decentralization take place. Nonetheless, the redistribution becomes even more pronounced from then.

Decentralization and redistribution don’t necessarily go hand in hand so intuitively. Other authors have already said that the centralization/decentralization dichotomy may be unhelpful in describing Japanese public finance. I hope that ward-level budget analysis helps us make this clear. It should also help us better understand certain development outcomes, i.e. how achieving a “civil minimum” of social infrastructure could be achieved in this period.

The narrative of Tokyo’s postwar development usually goes like this: The haphazard and largely uncoordinated growth period of the 1950s was egalitarian largely by default. Then followed a painful decade of growth run out of control, with pollution increasing and housing not improving commensurately with the economy. This led to the election of socialist governor Minobe toward the end of the 1960s, with whom the “social” regained some of its lost position.

If anything, the budget analysis may help to support this narrative. It may also add some nuance and show that in fact the break under Minobe was not as strong as often seen. The Tokyo before him had already been increasingly redistributive, albeit much poorer.

As usual, this is work in progress and will hopefully mature in several upcoming posts.