I spent most of August in Europe. This included two weeks in London, where I stayed with my in-laws in the southeast as usual. This time I managed to get off the DLR and walked past two of the most important postwar social housing projects. These two are the Balfron Tower and Robin Hood Gardens. 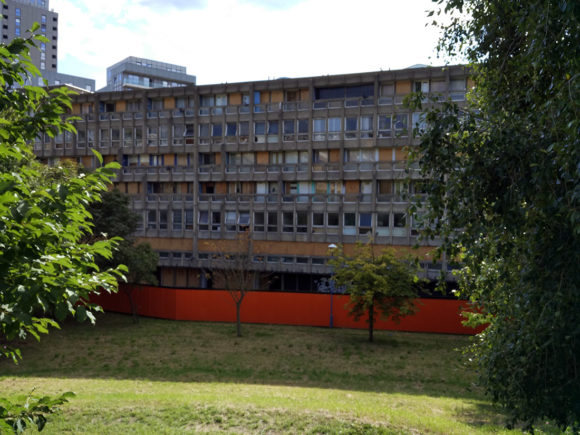 Balfron Tower was designed by Hungarian-born Erno Goldfinger. Built in the mid-1960s, this one precede the architect’s West London Trellick Tower. Both buildings are listed, and will thus be spared the wrecking ball. Both have a slightly different story, though. While the Trellick Tower is thought of as a success story of mixed-ownership regeneration, the Balfron is currently being redeveloped without leaving many original tenants in place. 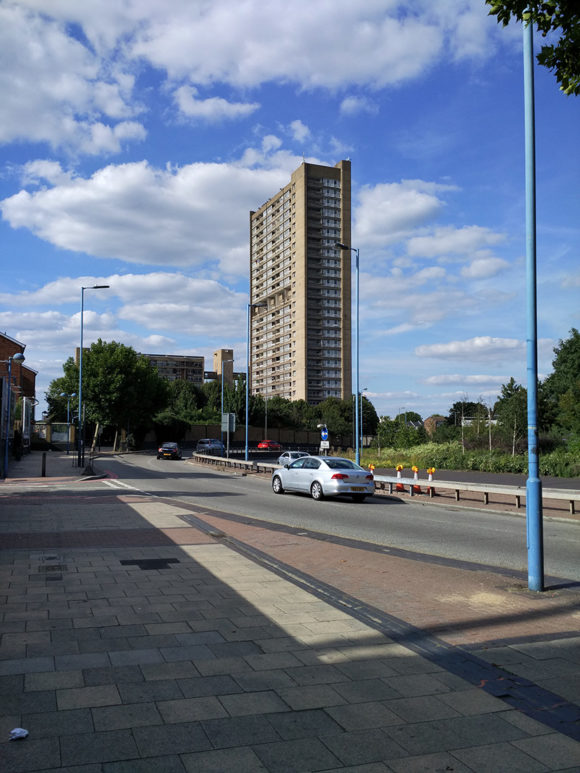 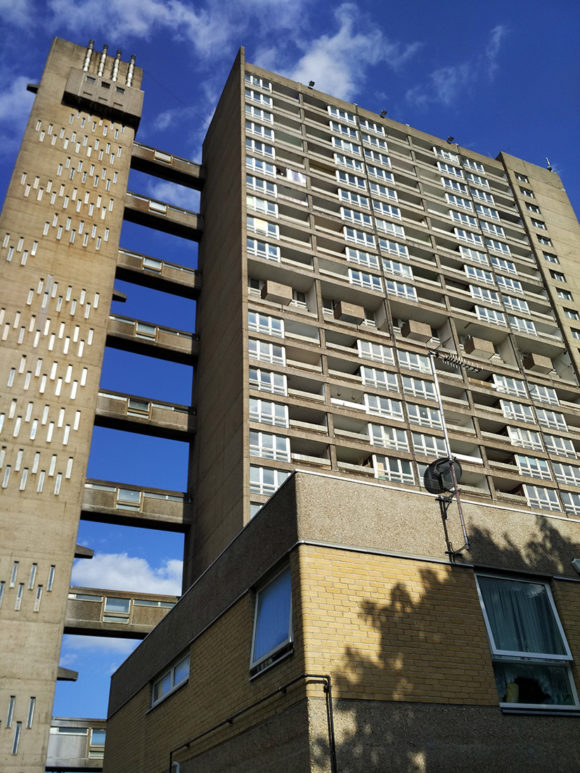 Meanwhile, the nearby Robin Hood Gardens are slated for demolition, with work proceeding on one of the wings. Loved by starchitects around the world, the Alison and Peter Smithson building has a more human scale. However, years of neglect have turned this Brutalist gem into a fairly decrepit looking building. 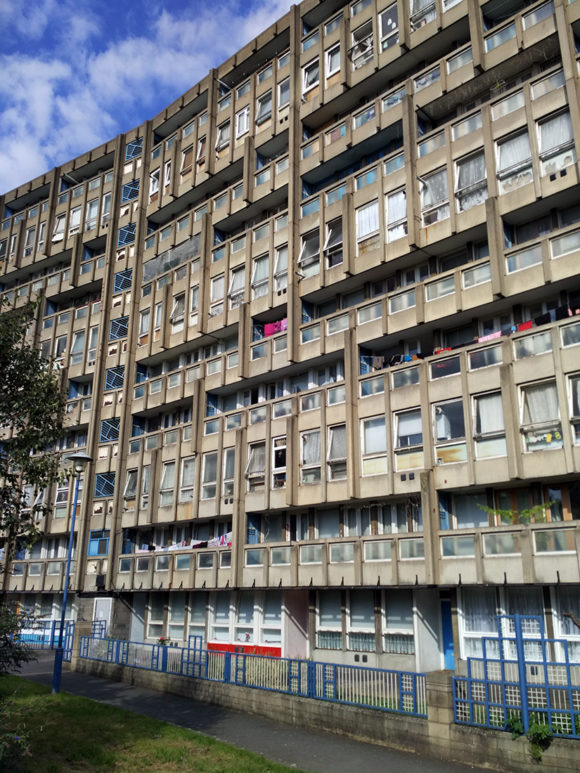 As with many of these developments around the world, public authorities have been negligent in their upkeep. Had major refurbishing been done, we may not have the discussion whether it is desirable to live in them or not. The Barbican Centre comes to mind as a social enclave, rather than a hotspot, in the middle of the City.