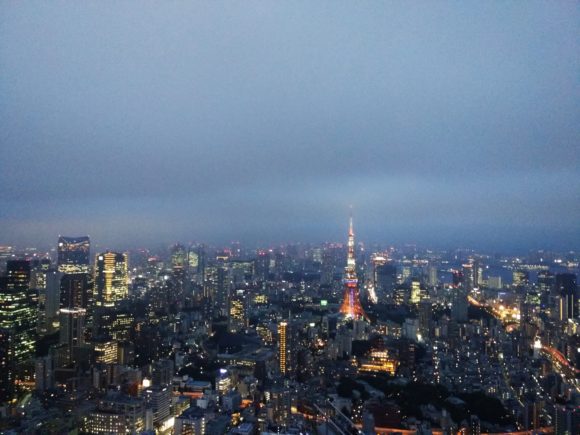 Tokyo as seen from atop Roppongi Hills

Economic geography theory suggests that spatial inequalities are caused by firm and household decision on where to locate. Kim (2008) has written a very helpful summary of the literature, to which I will turn to first. After that, I will go through Chakravorty’s 2006 Fragments of Inequality.

According to Kim, the traditional regional-urban perspective has become obsolete as it too often ignored cities beyond their role to provide a marketplace for the rural hinterland. Conversely, urban models have often been “devoid of regional location decisions”, i.e. we cannot view cities in isolation.

Spatial inequality is the net result of two countervailing forces, i.e. concentration and dispersion. Agglomeration effects explain the benefits of concentration: the lower the distance between a firm and a sizable amount of households (providing labor and supplying demand) as well as to other firms (customer or supplier, even competitor), the better for economic efficiency.

Kim refers to an interesting paper by Duranton and Puga (2004) spelling out some micro foundations of agglomeration economics based on the three categories of sharing, matching and learning.

Concentration is particularly evident in cities given the limited supply of land as well as the negative effects of congestion (or crime, pollution, disease, etc.).

Regional and urban inequality are highly interdependent. This is primarily about urban primacy (urban-rural wage gap), urban specialization (which may increase regional inequality) and size distribution of cities.

These are all highly relevant in Tokyo’s / Japan’s case. There is a paper by Chakravorty (1994, “Equity and the Big City”) that explores these issues with reference to Japan. In it, he uses coefficients of variation as simple but powerful measures of regional inequality (see below).

Chakravorty’s 2006 book Fragments of Inequality features an interesting interdisciplinary approach to distributional analysis. He laments the fact that the discourse on inequality is usually dominated by economists, while the conversation on class, stratification and power is in the domain of sociologists. Finally, spatial inequality is traditionally studied by geographers. Chakravorty goes on to say that…

[t]he theoretical foundations and methodologies of these disciplinary approaches are often so far apart that is has been difficult to create a solid theoretical understanding of inequality as an outcome of economic, social and spatial processes.

His book aims to bridge these large gaps and create a novel theoretical approach that combines elements of economic, sociological and geographical theory.

Back to the title of the post: How do we measure spatial inequality? Staying with Chakravorty, he sets out his important sixth chapter with a few caveats: there’s a certain arbitrariness involved in choosing one subdivision over another for the calculation of spatial inequality. In my case, I want to look at the 23 special wards of Tokyo, but why not look further below (cho, neighborhoods) or above (e.g. groupings of wards)? This is by and large dictated by practical issues, e.g. the availability of data.

However, there is also the so-called modifiable areal unit problem (MAUP). In geography, this is the recognition of the reality that administrative boundaries are often sharp, whereas the realities on the ground are a lot smoother (e.g. population variability does not have sharp edges but is more of a continuous surface) — I am staying very close to Chakravorty’s wording here by the way (see 2006: 169 ff).

Another problem is the “checkerboard problem”: regions that make up the study area are assumed to exist independently of each other. This becomes obvious if a rich area is always bordered by a poor area, or whether there is a structural difference between rich and poor as in the case of China’s coastal regions and Western hinterland. Related to this is the choice of an adequate number of subdivisions.

Chakravorty cites some evidence from India that is applicable also to Tokyo’s wards: If we include in our analysis all states, we lump together UP with more than 150 million inhabitants and tiny states such as Goa or Nagaland.

In Tokyo, small wards from a population point of view (Chiyoda) are compared to giants such as Ota and Setagaya. This is especially important as inequality is usually perceived at a very local level. One can apply some weighting to account for this effect, of course, but the question then becomes how accurate our inequality measures are. Just because they are fewer, but very rich people in Chiyoda should not mean they are counting less when we calculate inter-ward inequality?

An important measurement of spatial inequalities is also one of the most intuitive and is referred to in Kim’s paper: Location Gini coefficients are analogous to the one used to measure household inequality. One replaces income deciles / quintiles with geographical units. Kim notes that several other measures have recently been proposed, but that most of them measure inter-city inequalities.

So what about intra-city inequalities?

Back to Chakravorty, he suggests that the most common measurement is the coefficient of variation, which I had chosen for my data before reading this. Most of the ward level data is fit for this purpose. The other metric frequently used is the (Hirschman-) Herfindahl index which is also used to calculate market concentration (relative size of firms) often used for anti-trust purposes (I remember reading U.S. Supreme Court rulings using it).

However, another perhaps more insightful measure is possible when several layers of inequality data are available. This way one can decompose inequality into its constituent elements: within-region and between-region. The most widely used is the Theil index (1972).

Moving on, how about the economic theory behind regional development? Can parts of it be moved to a distinct intra-urban geographical setting? In line with Kuznets, Williamson (1965) argued that the same inverted U-curve dynamics are at play for regional inequality. It increases during the early stages of developments, reaches a turning point and henceforth declines. This is thus the convergence view on regional inequalities.

In theory, this means that a region with low initial per capita income can grow faster than a region with higher incomes. In practice, the assumptions behind this model of regional inequality are somewhat rigid: investments are supposed to be fluid, thus history and institutional confines etc. unimportant.

The explanations for divergence are more convincing at first: Most important are “increasing returns” that are often spatially configured. Density is one of these. This is the biggest in urban and metropolitan regions, hence their pulling away from more sparsely-populated rural regions. Within cities? Clusters, for example, are one feature that can explain why cities pull away but also why certain parts within cities develop differently than others (p. 176).

There is tension between the centripetal forces of higher labor productivity, larger plant size, access to markets and products (backward and forward linkages), thick labor markets, knowledge spillovers, and the centrifugal forces of higher land rents, commuting costs, congestion and pollution, all leading to higher wages and taxes.

Economics-based analyses of regional inequalities are complemented by insights from political economy, i.e. the role of the state vs. the market? Much thinking has gone into core vs. periphery and state intervention trying to address this. Summing up this section, Chakravorty says that there is considerable variety of views on the topic:

We have a Nobel laureate (Gunnar Myrdal) arguing that regional differences are likely to widen in the absence of state intervention, which according to one of the most renowned regional planners (John Friedmann) is not necessarily a negative outcome; according to a preeminent economic historian (Jeffrey Williamson, who has argued elsewhere that open trade leads to international convergence) in the long run regional differences will decline anyway. State intervention is an inevitable and necessary aspect of the political process, argues one of the most original and respected institutional economists (Albert Hirschman); but, in the view of other original and maverick intellectuals, state intervention is biased towards urban areas (Michael Lipton) or developed nations (Andre Gunder Frank) or is inefficient or irrelevant.

Chakravorty finishes this section by looking at institutions and regional change (p. 181 ff). His idea is that regional differentiation (or difference between places in material terms) is the result of  varying combinations of chance, trade, power differentials, technology and state ideology. I am not sure his framework is entirely applicable to intra-city inequalities, but it is interesting nonetheless.

From his concluding chapter, there are some interesting tidbits on page 206 ff where he talks about geographical fragmentation. At every higher level of geographical aggregation there is less variance. This would suggest that the differences between chos in Tokyo are larger than those between wards. This is something I am currently investigating. While there is relatively little straight up comparable data, I think the tentative conclusion from Tokyo’s experience is that Chakravorty is correct, but that the differences in inequality are not as marked in Tokyo than in other cities, underscoring the egalitarianism line of thinking.

The other conclusion is that developed nations have less geographical inequality than developing nations, i.e. that the level of economic development plays a role in determining geographical heterogeneity. This is partly because of factors of production becoming more mobile the more developed a nation gets.