Flights back to Europe from Japan are hellishly expensive in the summer. This year, we found a good deal from Singapore to London, and back to Tokyo (via Qatar, as written about here). A great opportunity to get to know the Southeast Asian entrepot for a few days. 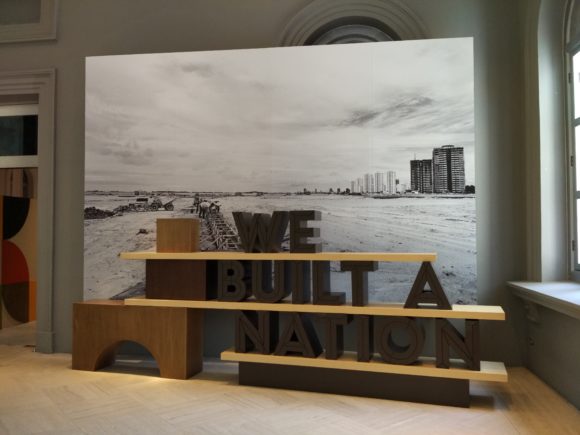 We have been traveling a little less since moving to Japan almost two years ago, but still have seen a fair bit of Asia, for which this blog has been serving as a sort of diary. Together we visited Seoul twice (and I never wrote anything about it I just realized!) as well as Taiwan. We also went to Yangon, Phuket and Hong Kong. Two trips on my own took me to to China and Malaysia respectively.

Working on the Yangon book and doing coursework at GRIPS have given me a some grounding in the history of this part of the world, so it’s been great putting some pieces together and visiting museums in most of these destinations.

Singapore was missing from the list until last week to complete the Straits (bar Malacca). And while we only had three days here, we did see a fair bit. In no particular order, our program included the Indian Heritage Centre, the National Museum, NUS (both main and Bukit Timah campuses) and Toa Payoh (a housing development and HDB’s first satellite town). We also walked along the downtown business area, Chinatown and took the obligatory boat ride along the river.

We couldn’t really verify the widely-held stereotype of Singapore being more sterile and boring than Hong Kong, but I guess you can find vibrant off-the-beaten-path places everywhere. The food was great and the beer expensive, so much I could tell. 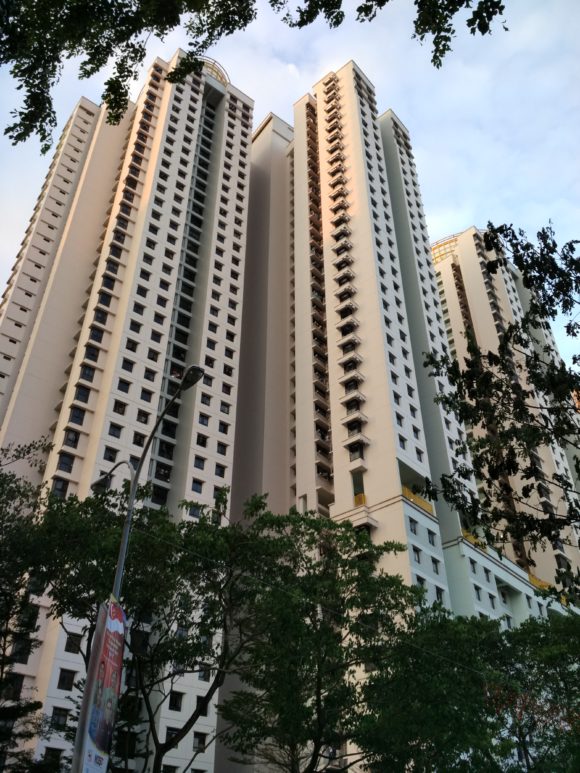 There were also lots of flags on display everywhere for the 52nd anniversary of Singapore’s founding as a sovereign state. Our own celebrations started onboard the Singapore Airlines subsidiary Scoot Airlines flight from Tokyo already (during which we won some snacks).

We stayed in Little India, an interesting area very close to the downtown district. There were some riots here in 2013, when a migrant worker was run over by a bus. The authorities reacted swiftly when a mob formed. Several of the alleged culprits were thrown out of the country, most of them back to their native India.

From what little I could read up on regarding this episode, it appears to have cast a light at some of the stresses the city state is facing, e.g. increasing income inequality, the reliance on foreign workers, as well as lingering race related issues. All this plays out in a very dense urban setting, which makes it all the more intriguing. 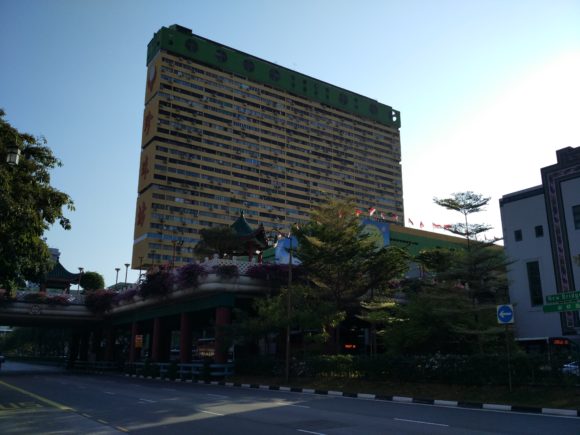 People’s Park Complex in Chinatown, built in the early 1960s

While there are problems with reducing Singapore’s history to founding father Lee Kuan Yew, his focus on multiculturalism and meritocracy are at the heart of the state’s ideology. This way, he stifled race-based political identities and entrusted an apolitical bureaucracy with governing the country. The Housing Development Board has created an enviable public housing system, albeit one that is in line with the government’s overarching desire to control its citizens’ lives.

As an aside, I tried my first durian ever in Toa Payoh.

There is plenty to read up on, and I am hoping that Carl Trocki’s Singapore: Wealth, Power and the Culture of Control will serve as a good introduction. I am also looking for a good primer on the early post-independence period covering the entire Malaysian peninsula. I am hopefully going to re-sit some of Professor Khoo’s relevant classes at GRIPS next term, his syllabus may fill some further gaps.

I am sure we will return to this place.