Tokyo’s urban manufacturing economy is legendary. Today I visited its epicentre in Ota-ku, the capital’s southernmost ward to get a feel for what could be an interesting avenue for my research.

Ota-ku is Tokyo’s largest ward by size and the third most populous after Setagaya and Nerima. Its nighttime population is about equal that of the day, meaning it is a place where people live and work. As opposed to the city at large, manufacturing still plays a major role in the local economy.

This has been the case since the beginning of the twentieth century, although the First World War and the Great Kanto Earthquake in 1923 provided two particularly important historical catalysts for the area’s industrial development. Arms and other military equipment were also produced here with the onset of Japanese militarism in the 1930s. Unsurprisingly, the area was then flattened during Allied bombardments in 1944 and 1945. Soon after, many new businesses formed here in the post-war chaos. A huge impetus came with the Korean War, whose procurement demand found a great match in Ota-ku’s metalworking skills and experience with military equipment.

Small and medium size enterprises (SME) traditionally were the backbone of this economy. As opposed to European cities, in Ota-ku this actually means very small firms: More than 80% of all manufacturing enterprises have less than 10 employees. More than half of all manufacturing labour is employed by firms with less than 20 employees. Numerous microeconomic studies have been written about the secret of Ota-ku’s success (and also its relative demise since the bursting of the bubble). In a nutshell, people have explained it using either of the following factors, and this is far from being an exhaustive list:

If we bundle all these explanations (and add another dozen or so, but I’ll spare myself and the reader, for now!), we end up with a decent economic theory of this urban manufacturing cluster. At the height of the ward’s success, scholars from Japan and beyond have flocked to Ota to do just that, often with the aim to detect patterns, think of the model’s reproducibility. And yet we need to look beyond micro and macroeconomic explanations to account fully for the ward’s success. 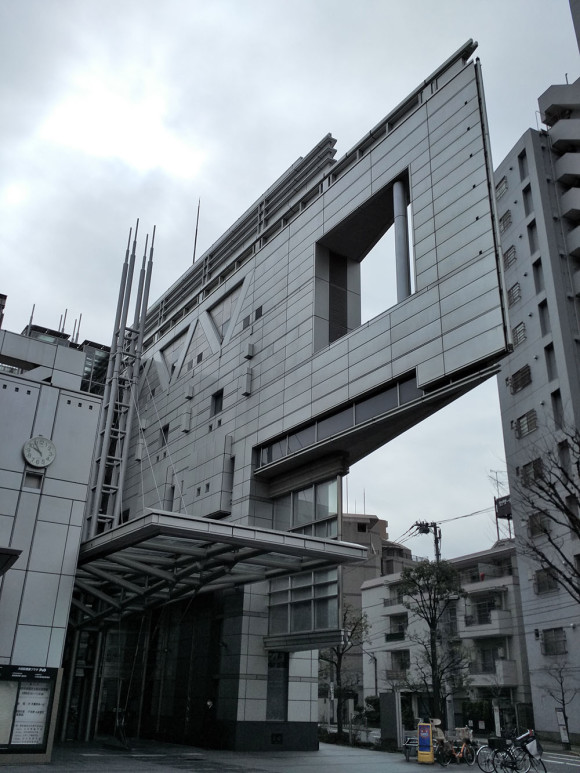 In this vein, it was interesting talking to staff in the Ota City Industrial Plaza (pictured above) who promote small businesses. Their story was one of organic growth — a spontaneous order that took place here in the chaos of the post-war days. The model seems not to be replaceable or transferrable. Today the Ota City Industrial Promotion Agency attempts to maintain some of the factors that came about largely by themselves. You don’t create, but nurture. They foster contacts with new and promising industries (medical devices, for example), provide community space for businesses, etc. — nothing earth-shattering when you look at local business support initiatives around the world. (Although this project is cool, I am sure you agree.) I guess while it is important to have such support in place, it also shows that the ward’s best days are long gone.

As far as non-economic explanations for Ota’s success go, “friendship and bicycle networks” are frequently cited. Small workshop owners know each other. They may be neighbours, have gone to the same school, possess an overlapping social network. If a large order comes in, or a mechanical problem looms large, they can easily draw on the lateral support of nearby workshops. Their owners’ skills may well be complementary and thus unlock a critical, incremental step in what is very often an extremely crafty incremental innovation process.

If we go deeper into the unique historical context of Ota’s early days after the war, we may find some further avenues for prospective research. It is the following section that I will hopefully spin out into a separate post before too long, but for now, some rather preliminary threads:

Tokyo’s post-war era provided unprecedented social mobility. The city lay in ruins, demographic changes made the population very young, a social safety net was still non-existent. Perhaps more subtly, social norms and conventions were challenged. All this came together to create a unique “American Dream” like scenario, without the immigrant experience if you will. Especially as the economy began to grow rapidly in the mid-1950s, starting one’s own business provided aspiring entrepreneurs with a fairly decent shot to make it big in Tokyo. 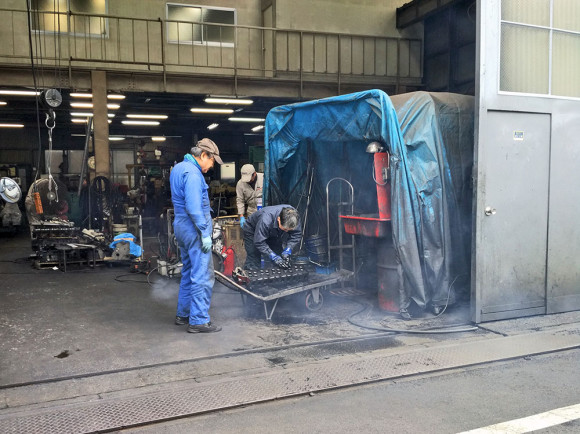 The state had little to do with this. As the government had little means to enter the lives of Ota’s population via heavy-handed regulation, the area thrived in a creative chaos, largely self-organised, and with blurred distinctions between “public and private”, “work and life”. Urban workshops, or “tool houses” as Matias and Rahul have termed them, were a key feature of Ota. They united the business on the ground floor and living space on the second floor in the same building. Slums under the bridges of the Tama River provided a source of cheap labour, but the slum dwellers’ employment in the workshops and small factories led to the slums’ relatively quick disappearance. 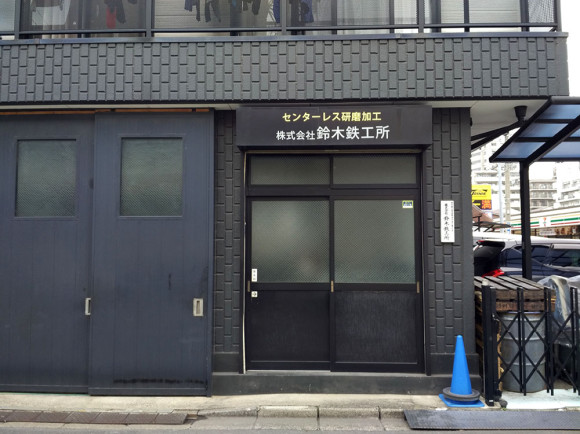 With increasing pollution and a more involved government, stricter zoning was enforced. New business zones were created. But Ota’s successful model kept working because the economic structure of Japan until the late 1980s favoured, even needed, production networks such as this. It was only when this model began to unravel that this Tokyo ward got into trouble. Today, only 3,500 manufacturing firms remain, down from a peak of more than 9,000 in the 1980s. Just as the reasons for Ota’s success are manifold, so is the story of its decline a multifaceted one: 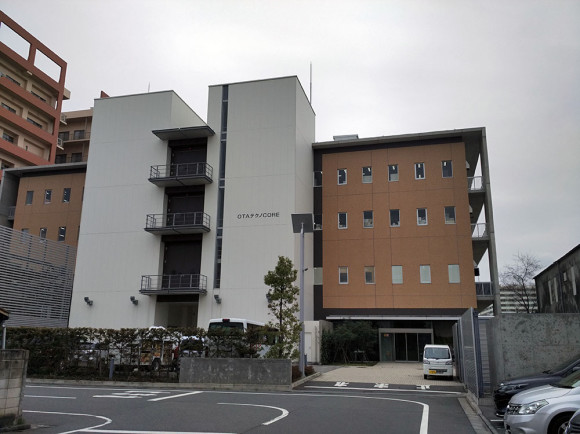 Much of Ota’s magic remains, and explains why we still hear stories such as this one here, from a company located in the Ota Techno Core (pictured above):

Once Climb Works received a request from a major automaker for immediate delivery of some small metal parts, but it did not have the appropriate materials. At a loss, Yamaguchi asked an acquaintance if he had any ideas. This person, a workshop owner, ambled over to a local hardware shop, picked up some quite ordinary screws, and turned them into the desired parts—just two hours after the request came in. The parts were then air-freighted to the automaker’s test course from nearby Haneda Airport.

I will doubtlessly return here, both in person and in writing!