Further to my post on downside scenarios in the Ukraine a few weeks ago (who would have thought that developments play out the way they did since!), herewith some reflections on how political risk analysis in investment may seem important and futile at the same time. 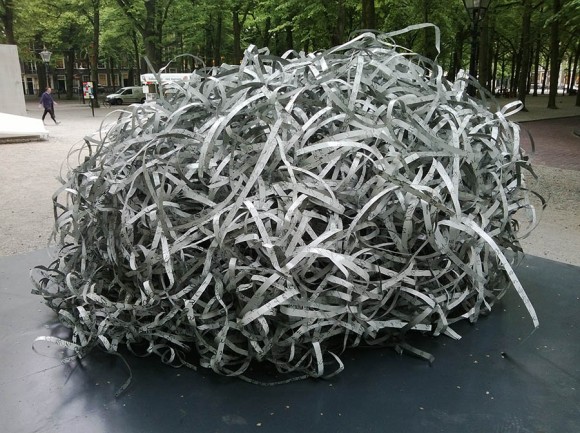 Mohamed el-Erian, the outgoing Pimco CEO wrote in the FT yesterday that “tranquil markets may underprice geopolitical risk”. El-Erian says the likelihood of Russia marching into Eastern Ukraine is not insignificant enough to be shrugged off by markets the way it seems to be at the moment. Such an aggressive move would trigger a fresh set of Western sanctions, met with Russian counter-sanctions and eventually lead to global recession.

There are a number of reasons a market correction hasn’t happened in the wake of the geopolitical escalation recently, but it is definitely not the lack of clever political analysis out there. In the investment world, most fund managers rely on sell-side analysts or expertise from specialised consulting shops.

Of course everyone also reads the papers, which – depending on the paper – may just be as good as paying top dollars for geopolitical advisors.

However, if you have “skin in the game” the question really becomes how to price in political risk rather than to actually do it.

Do you go as far as to buy disaster insurance (maybe through options)? Do you put more money into fixed income and out of riskier assets such as equity? Which point of the interest rate curve is the safest, given a whole raft of other considerations currently driving market volatility?

The questions don’t end here. Do you have a tactical asset allocation framework which allows for macro inputs such as political risk? Can you quantify political risk to make it an actionable variable?

It is a little easier to do this kind of work in an emerging market country-by-country setup, where you go the old-fashioned path and devise scenarios surrounding risk events. If your base case warrants a more aggressive positioning in the country, you go long(er). If your base case is too pessimistic given current valuations, you go short. You get it right more than half of the times and you have done an OK job already.

With the big, systemic risks, there is a certain futility to scenario planning (and taking the right consequences). If you’re a benchmarked investor, taking a drastic bet exposes you to asymmetric risk/reward: you’d rather lose along with 90% of the market participants than risk losing your job by going against the consensus, which only brings you marginal benefits in the case of the market moving in your direction (a slightly higher bonus, perhaps?).

Macro hedge funds have usually been the ones that can take such big bets and (sometimes) turn them into gold. But they too have been getting things awfully wrong in an age of unprecedented politicisation of markets and activist central banks.

Plus, how would a tactical trade around the Ukraine crisis look like? Short the German DAX? Or, if the Eurozone crisis deteriorates on the back of the events in the East, take on the ECB and short peripheral paper? Buy oil as prices are surely going to rise if the Russians cut off gas to Europe? But, if what we face is a global recession, clearly oil would fall out of favour quickly?

Scenario simulations are a good way of taking these learnings a step further and at least mentally prepare portfolio managers and strategists for the (unlikely) event that a very bad downside scenario unfolds.

The best political analysis for this type of work is often the more extreme one that cogently presents a storyline for a downside (or upside) scenario.