The violence in the Ukraine leaves me with an incredibly numb feeling in my stomach. To some older folks it may appear like a flashback from the time when the Soviet Union disintegrated amid strife in Central Asia and the Caucasus. Yet this also seems like a slow-motion train crash people feared but never really thought possible. In this it reminded me of another event in the post-Soviet space. 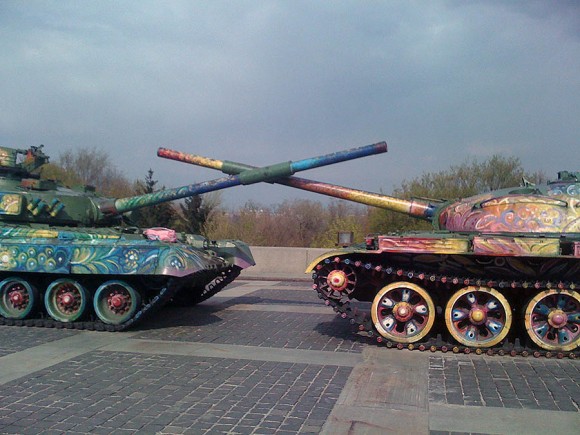 I spent a month in Odessa in 2006, studying Russian. I returned as an investor three times, each time on short trips to Kiev. The famous political split of the country along linguistic lines was a constant backdrop to my getting to know the country a little over the years.

All along and after the Orange Revolution of 2004/ 2005, there was political instability and grand geo-strategic ruminations, pro-Western and pro-Russian forces passing the baton. Along with Turkey, the Ukraine was probably my favourite country to follow from an emerging market debt perspective.

Sitting in an office of a deputy minister, there were loud protests outside the building calling for cuts in the gas price. Temperatures were in the negative double digits. In a meeting with the national gas monopoly, the deputy chairman received a call from “high up” to assure him (and us investors mainly) that the money for next gas payment to Russia was secured.

There were countless more of such anecdotes. They together created the image of a chaotic, but likable country that sits at the edge of Europe, but is intrinsically part of the continent. I don’t think that decapitated protestors on the Maidan featured in my scenarios back then.

It reminds me a little of what happened in Osh, Kyrgyzstan. Back in 1990, there were ethnic riots between Kyrgyz and Uzbeks, leaving hundreds dead. NGOs and academics researched the on-the-ground situation carefully over the years to come, but hardly anyone saw 2010 coming. Riots again took the lives of hundreds.

Walking through the ruins in the Uzbek mahalla in Osh three years ago gave me a very similar feeling: yes, we knew about the risk of ethnic strife. But that didn’t prepare us for our shock when being confronted with it.

While we all entertain downside scenarios, they are usually not supposed to happen, as naive as this may sound. Them being scenarios in the first place should be warning sign enough not to go too far down their road.

I enjoyed theorising about political risk in the Ukraine. Now it is heart-wrenching to see the country slide into real chaos.