I used a short trip to D.C. last week for an extended walk through town. Below a few shots from that day. They feature a visit to the World Bank and two imposing Freemason structures. 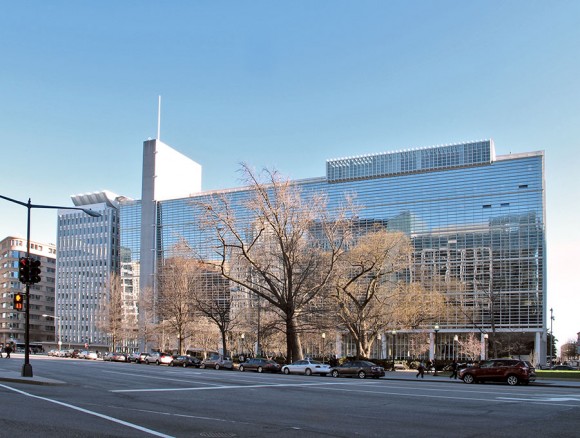 Although in Washington, height never is the intimidator it is in other American cities, the Kohn Pedersen Fox designed HQ of the World Bank on Pennsylvania Avenue is imposing for its size. 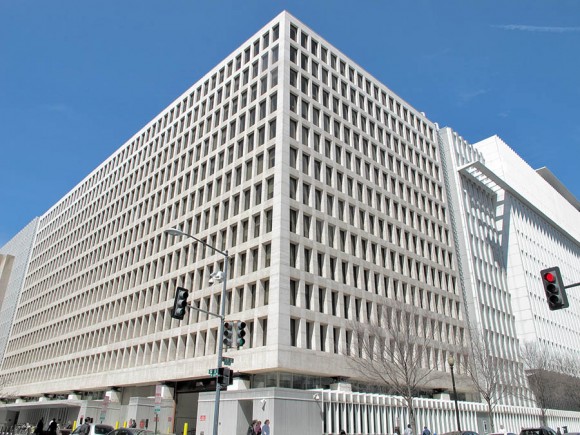 The 150,000 sqm structure is equivalent to a third of the size of the Pentagon. That is not surprising given that more than half of the organisation’s 10,000 full-time staff and 7,500 consultants are based here. 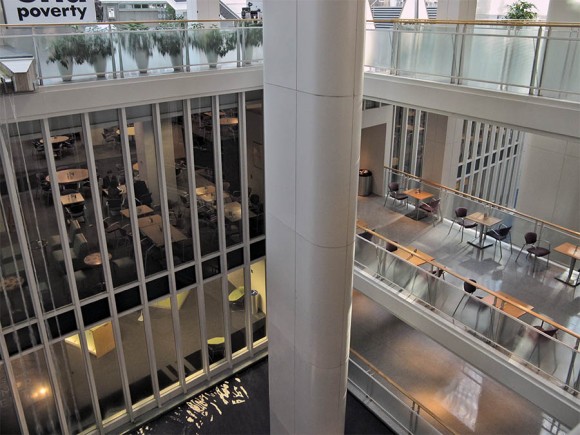 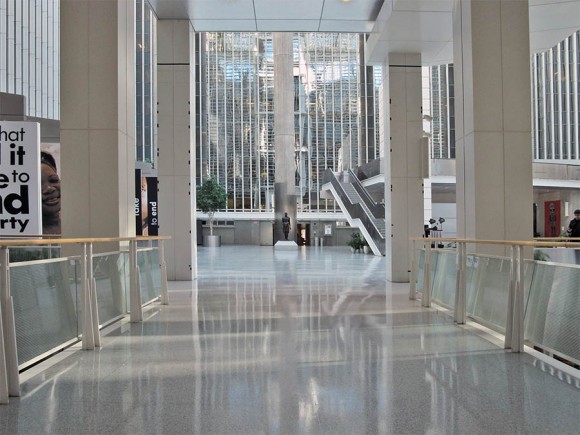 The winning design incorporated already existing structures from the 1960s and 1970s and unified them with the help of a huge light filled courtyard that is about 50 metres wide and tall. Cafeterias and other common space make this a popular hang out for staffers. Waterfalls and other design elements make their mark on the environment. 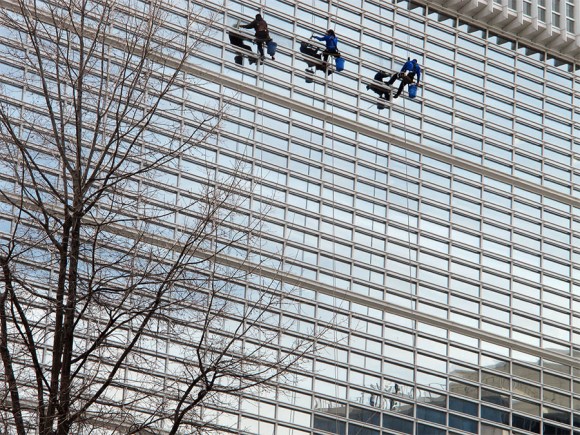 Although Washington is a city of classical architecture, the design distances itself from that vocabulary because of its references to colonialism. Instead, the project is inspired by its context: it modifies and enhances the scale of Vincent Kling’s modern building. The horizontally striated glass façade along Pennsylvania Avenue counters the vertical gestures that derive from and connect to the existing structures. 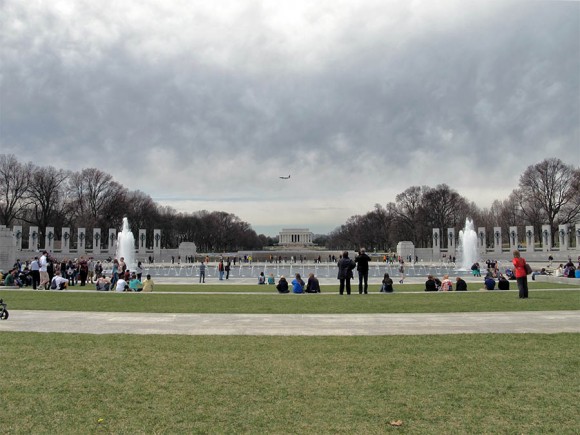 The National WWII Memorial on the Mall confused me a little bit. The architectural language and the language of the quotes seemed to suggest to me that this memorial had been built many years ago. It evokes a degree of pathos (or “knee-jerk historicism”) that is even on the high side of what’s normal in the US. Alas, it was only inaugurated in 2004. 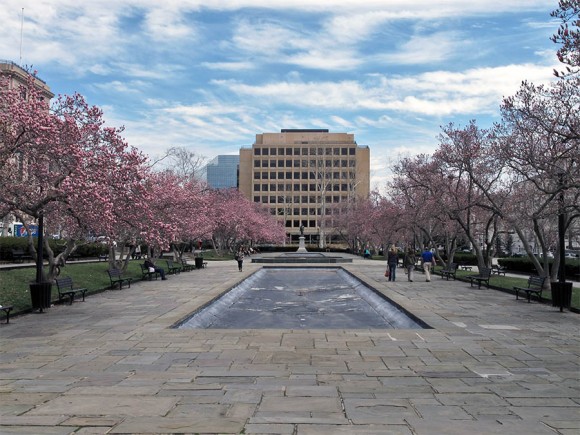 Just like on a visit several years ago, I managed to time my visit with the first days of spring. View towards 1750 New York Avenue across John A. Rawlins statue. 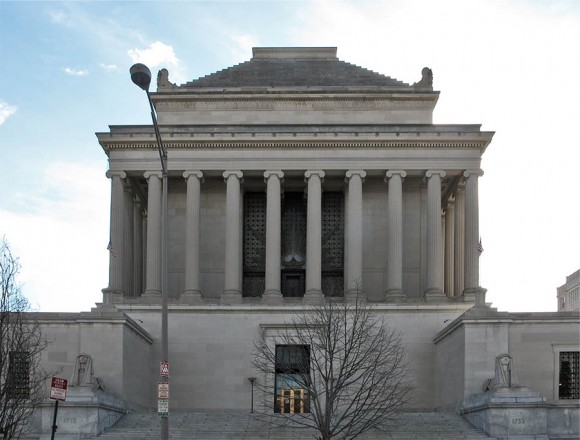 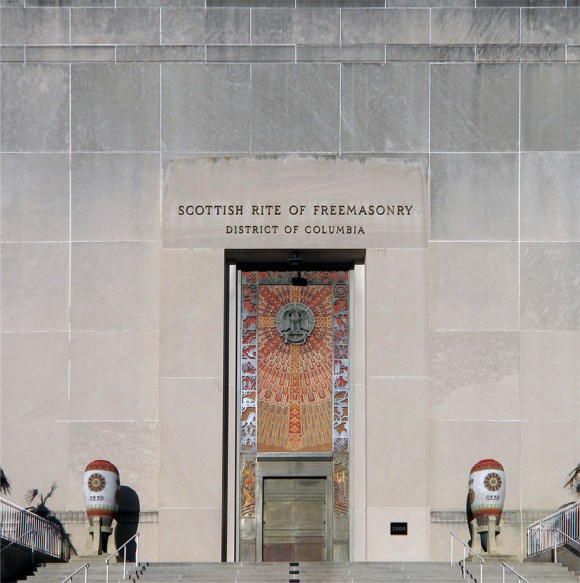 Quite dramatic in size and architecture these two Freemason temples (both on 16th Street) are of the Scottish Rite variety. 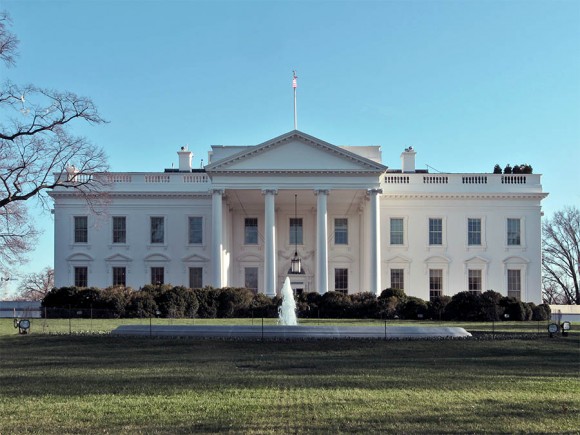 This building we all know too well. People usually comment that the scale of the White House is underwhelming. I don’t agree, it is actually quite imposing for the space it manages to create around it.

And this is what I find quite interesting about Washington’s architecture – the illusion of human scale. While most of the buildings have heightened security or are off-limits, their size suggests that they are accessible to all of us. 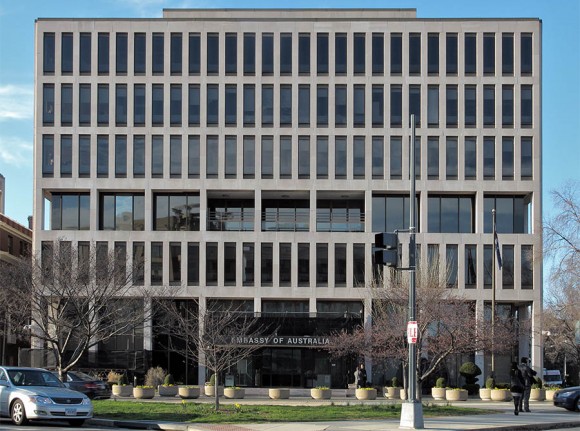 The Australian Embassy is not a jaw-dropper by any means but a wait at a red light prompted me to shoot this photo. And somehow, it is quite representative of D.C. architecture. Occupying a prime piece of real estate on Embassy Row, it is a drab modernist edifice that, by the looks of it, appears to house an accounting firm rather than an embassy.