No visit to Montreal is complete without the architectural marvel that is Habitat 67. Initially conceived as the Master’s dissertation by McGill Master’s student Moshe Safdie, it is one of the most daring residential projects ever to have been built. We braved the cold and snow last weekend and took a walk to the site. 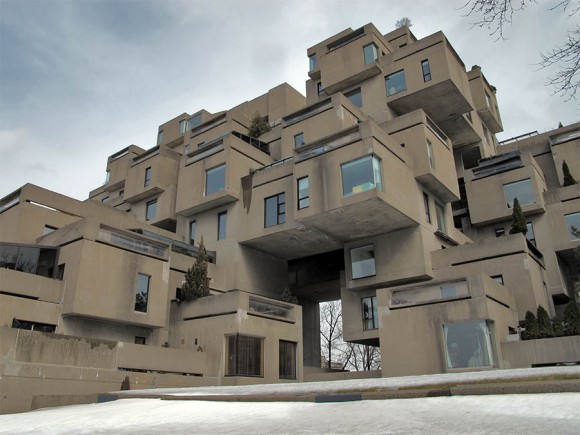 Safdie had already moved to his apprenticeship at Louis Kahn’s office in Philadelphia when the planning committee of the Expo 67 world exposition got in touch with him. His somewhat controversial design could be used as one of the Expo’s pavilions, the young architect then thought and submitted his proposal. Safdie later described this commission as a fairy tale.

The timeline of the project reveals that it was still a lengthy process with the usual setbacks of reduced budgets and scaled back ambitions. Nonetheless, which aspiring architect in his/her early twenties can see something as big as this realised today, above all with public money?

The original design intended to use 1,000 identical concrete boxes (units), a number that would later be reduced to 354. All in all, the complex has about 100 flats in various combinations ranging from one to four-bedroom apartments. All dispose of a terrace.

Safdie’s design is notable for two innovative approaches. For one, he wanted to create suburban living conditions in a dense urban setting. Thanks to the characteristic stacking of units, residents would enjoy an unusual degree of privacy, unobstructed view and outdoor living space. 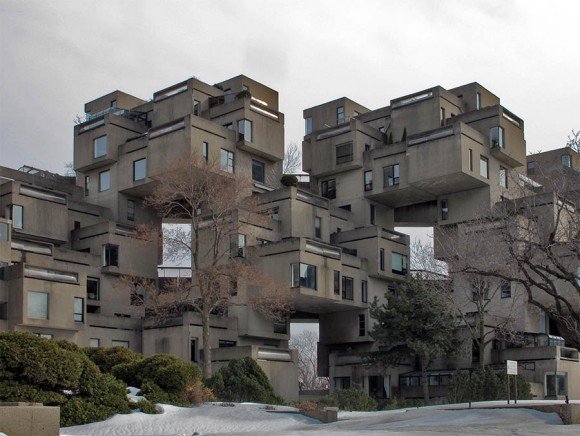 The other and perhaps more revolutionary innovation was the use of prefabricated units. Assembled in a nearby factory, they were then transported to the building site and put together here. This website has good photographs documenting the construction process.

In this, Habitat 67 and Nakagin Capsule Tower share important characteristics. Back then, the process of construction was predicted to follow developments in other industries – it was widely held mechanisation and automation were soon to revolutionise architecture. 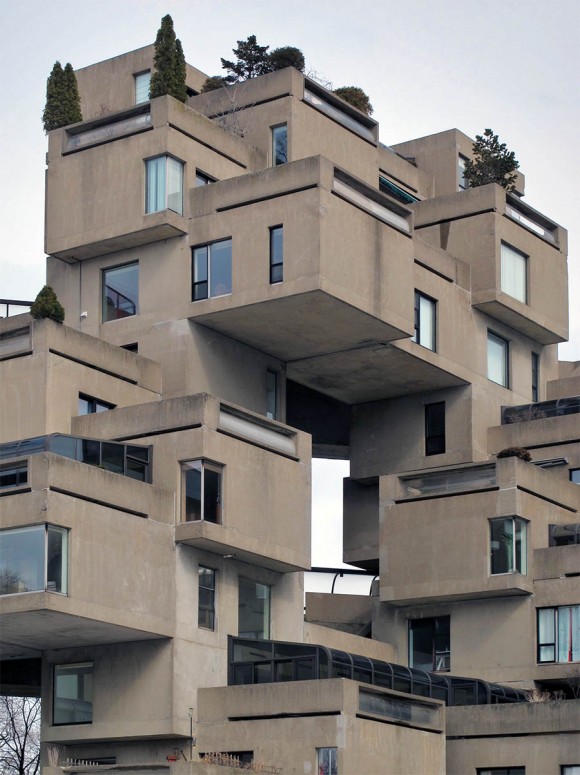 However, Habitat 67 is often mistaken for a Metabolist building. The central idea of Kurokawa and the Japanese Metabolists in endorsing the “capsule” or “move-net” concepts, however, was their continuous flexibility. Nakagin’s capsules were thought to be exchanged every 25 years, Kikutake’s Sky House move-nets could be added depending on the changing needs of a family.

Despite its relatively remote location, Habitat 67 is a prestigious address for the arty and the wealthy. The apartments are prized real estate assets, many of the occupants have been here since the beginning. Their artwork is displayed prominently in the windows and on balconies. Regular busses bring the tenants into the city centre, a tennis court and private land towards the river makes life even more palatable out here. 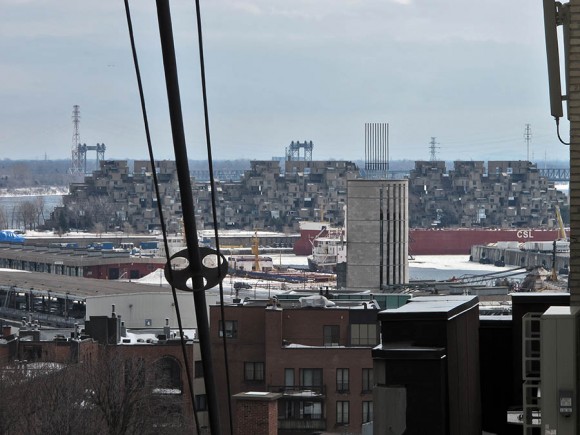 The way the units are stacked together creates a unique topography, visible from afar. Our friend’s flat had windows facing the port side of Montreal. The effect of Habitat 67, which leads a rather marginal existence on a peninsula away from the town centre, couldn’t be bigger. With a little bit of imagination, the complex looks like a South American Favela. 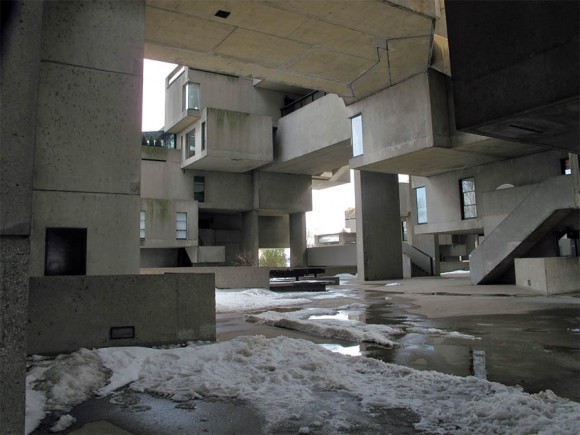 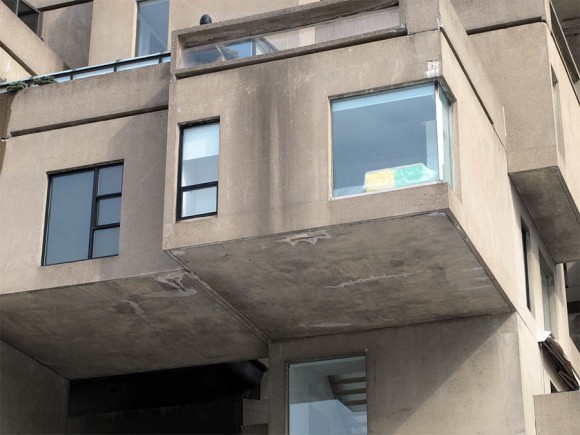 Visiting on a cold winter day makes any building look grimmer than usual. The underbelly of Habitat 67 was no exception. Some cracks and a deterioration of the building materials will require regular makeovers. Having wealthy tenants and owners will certainly help getting the cash together, as will the 2009 heritage designation. 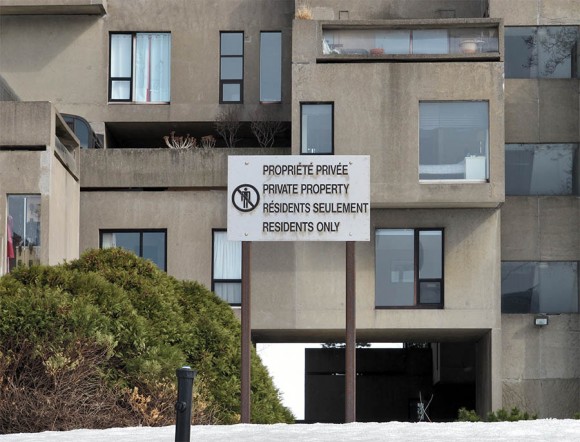 I really hope that Safdie can realise his plan to turn one of the units into a museum and open it to visitors. It is a shame that a heritage building of this importance is practically sealed to the interested visitor.