A stone throw away from where I live stand two buildings that occupy a special place in Harlem’s history. They are the First Corinthian Baptist Church on the southwest corner of 7th Avenue and 116th Street and Graham Court diagonally across the street. Theresa Hotel is another landmark building, nine blocks uptown on 7th Avenue and 125th Street. 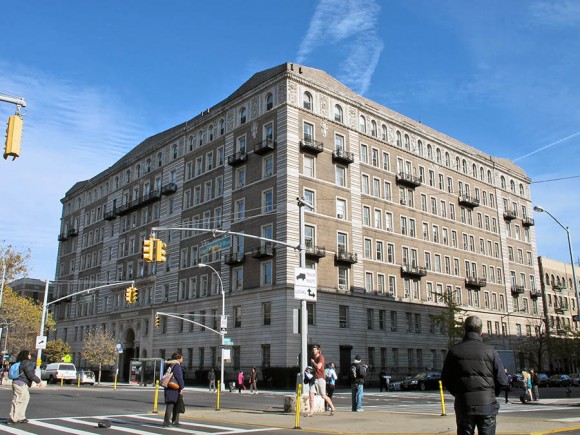 Graham Court (pictured above) was built in 1901, commissioned by William Waldorf Astor of the hotel fame. It is occupying a whole block, and at eight stories height it towers above its surroundings. The building fits more than 800 rooms, and these are split over just 90 flats, even today. Back when it was built, its rich inhabitants would enter its courtyard through the street-facing arch, usually by carriage. An underground stable would be situated underneath the courtyard, leaving the horses out of sight. Domestic servants lived in the attic.

The apartment building was one of the last in Harlem to become desegregated. Apparently it only allowed African American tenants as late as 1933. By the 1960s and just like Harlem as a whole, the building started its slow decay. A landlord bought it off the city in the late 1970s but did not provide much in the way of maintenance. As a result, there was no running water for two years, and people had to go outside on the street to tap the fire hydrant.

Collectively, the tenants almost managed to buy the building, with the idea to turn it into a self-managed co-op. Unfortunately, the vote fell short (extremely narrowly), and the landlord managed to step back in and on-sell the building at a large profit. Nonetheless, things gradually got better for the inhabitants of Graham Court, although drug dealers allegedly continued to plague the building for years. 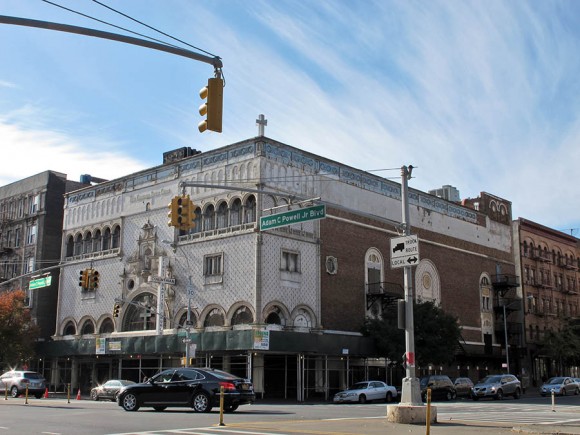 Twelve years after Graham Court was finished, an exciting building opened its doors across the street. The Regent Theatre was one of New York’s first movie theaters. Its large auditorium would seat almost 2,000 people. A full-size orchestra could provide the dramatic backdrop to the still silent films.

The theatre’s architect, Thomas W. Lamb, was the pioneer of early cinema design and proved hugely influential to 20th-century architecture. Several of his early works haven’t survived the tides of time, e.g. the 1909 City Theatre, making the Regent one his only earlier works still standing.

The building was sold to the evangelical First Corinthian Baptist Church in 1964 and the church owns the building to this day. The noise of the Sunday service permeates the walls of my building. Their current pastor is evidently very successful in attracting a growing community as the church is extending their Sunday worships from two to three. It’s definitely worth getting up early, suffice it to say.

Back when the Regent had just opened, Seventh Avenue was becoming known as “Black Broadway”. The area which had seen a massive influx of African Americans after WWI was only slowly waking up to these new demographic realities: the Regent was white-only for much of its early existence. 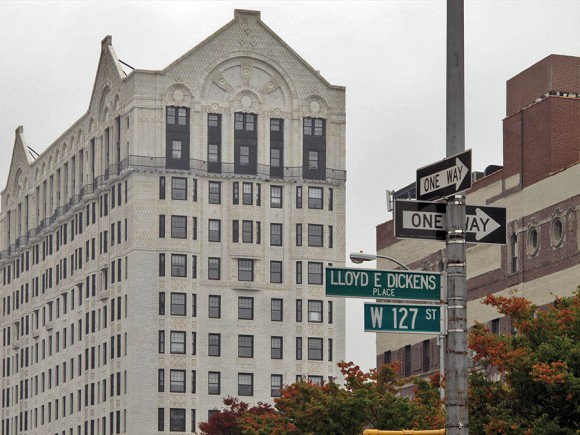 Racial discrimination also took place in the impressive hotel building north from our junction. Like the Regent, Hotel Theresa was built between 1912 and 1913 and would not accept black customers until 1940, when an African American businessman had already owned the place for three years. It had been built by the German-Jewish businessman Gustavus Sidenberg who died two years after the hotel’s opening. Theresa was Sidenberg’s second wife.

The hotel became a top address in this growing part of New York City. The New York Times opened its Harlem office nearby in 1921. Optimism was rife, and 125th Street at the heart of it.

Hotel Theresa became world famous in the 1960s when a Cuban delegation headed by Fidel Castro moved here from their midtown hotel after staff there allegedly demanded to be paid cash upfront. The infuriated Cubans sought refuge uptown and rented 80 of the Theresa’s 300-odd rooms for $800. You can read Fidel Castro’s 1960 UN speech here. In it, he provides some more detail on the Cuban delegation’s 1960 New York ordeal. 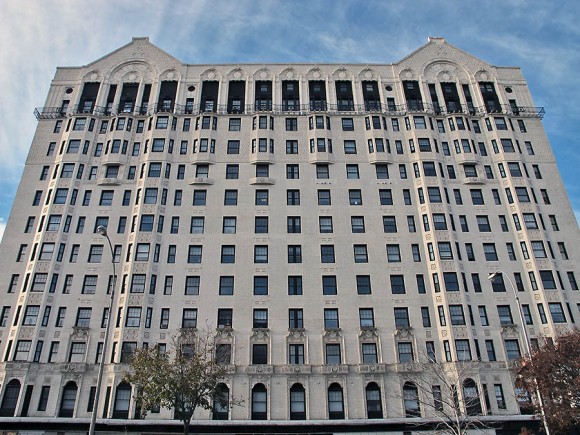 They were in town for the opening of the General Assembly of the United Nations. The cold war was in full swing, and Nikita Khrushchev came up to the Theresa to discuss important issues, of which there must have been plenty two years before the Cuban Missile Crisis. Indian PM Nehru and Egyptian President Nasser also dropped by.

But Castro did not just invite world leaders to his quarters at the Theresa. He also famously met local celebrities such as Malcolm X, Langston Hughes and Allen Ginsberg, which could be one of the reasons his speech to the assembly only lasted two instead of his trademark four hours.

Until the opening of the State Office Building on the opposite side of the street, Hotel Theresa held the record for the tallest building in Harlem. This historic postcard shows the hotel in all its former glory. 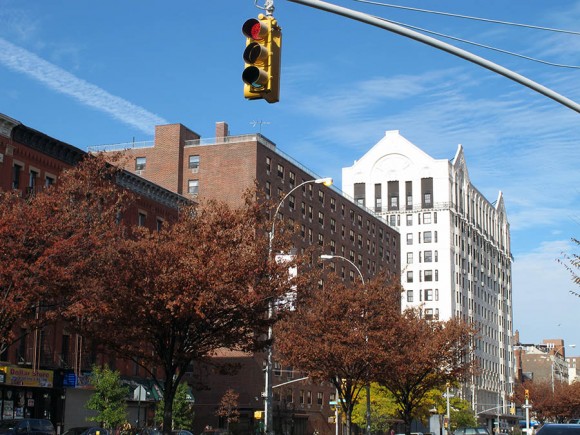 For further reading on The Regent, this post by Daytonian in Manhattan is a treasure trove of information and old archive photos.

One thought on “History on Seventh Avenue”