One of the stops on my Harlem-for-visitors tour is Stivers’ Row on West 138th and 139th Streets between Adam Clayton Powell Jr. Blvd and Frederick Douglass Blvd. Some photos and a little history after the jump. 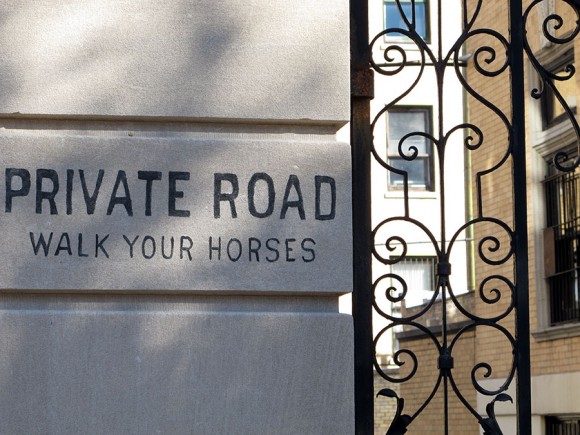 The courtyards acted as an alleyway with horse stables

[Much of the below is adapted from the excellent Harlem: The Four Hundred Year History by Jonathan Gill.]

The development dates back to the late nineteenth century. Developer David H. King Jr. (who had built the old New York Times building on Park Row) bought the land from the Equitable Life Assurance Society in 1890 in order to build a middle-income development here.

King’s friend Stanford White was the architect and brought together a blend of styles from neo-Renaissance to colonial. The buildings were practical, not only for the useful back alley but also for innovative indoor plumbing. 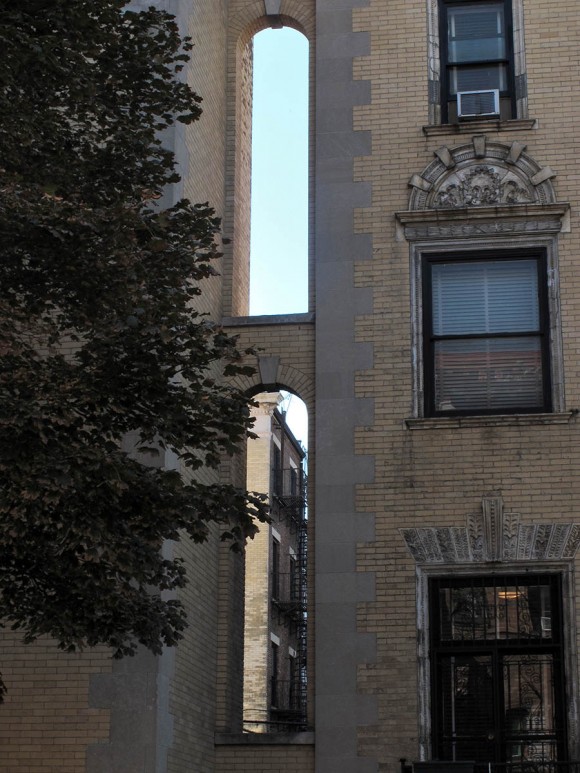 Commercially, the development didn’t get off to a good start. Units were prized at $11,000 for purchase or $1,700 in annual rent. However, the housing market had cooled by 1893 and only 9 out of 149 units were filled. “Genteel persons of moderate means” were increasingly drawn to apartment buildings which began to proliferate with the advent of better electronic elevators. 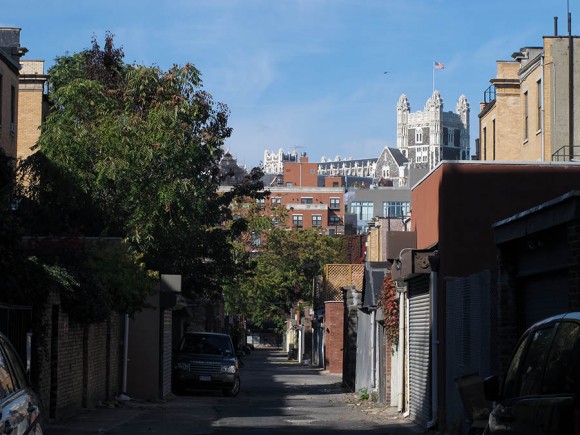 Increasingly, African Americans moved into this part of New York, yet racial segregation in the housing market still prevented them from buying houses on Strivers’ Row. The area was only fully desegregated after the end of World War I. 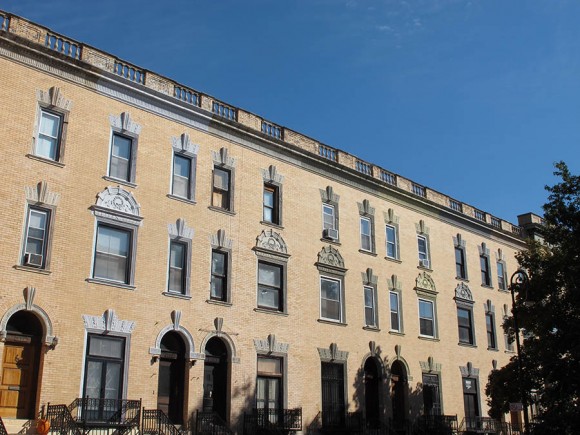 Quickly, it became a street of local celebrities. In the words of Harlem Renaissance writer Wallace Thurman (via Wikipedia):

Between Seventh and Eighth Avenues, is 139th Street, known among Harlemites as ‘strivers’ row.’ It is the most aristocratic street in Harlem. Stanford White designed the houses for a wealthy white clientele. Moneyed African-Americans now own and inhabit them. When one lives on ‘strivers’ row’ one has supposedly arrived. Harry Rills resides there, as do a number of the leading Babbitts and professional folk of Harlem. 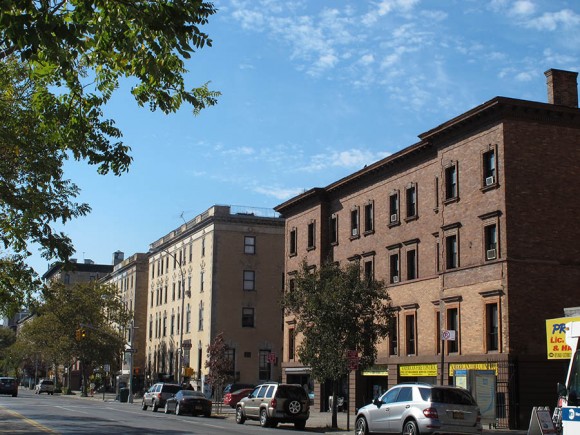 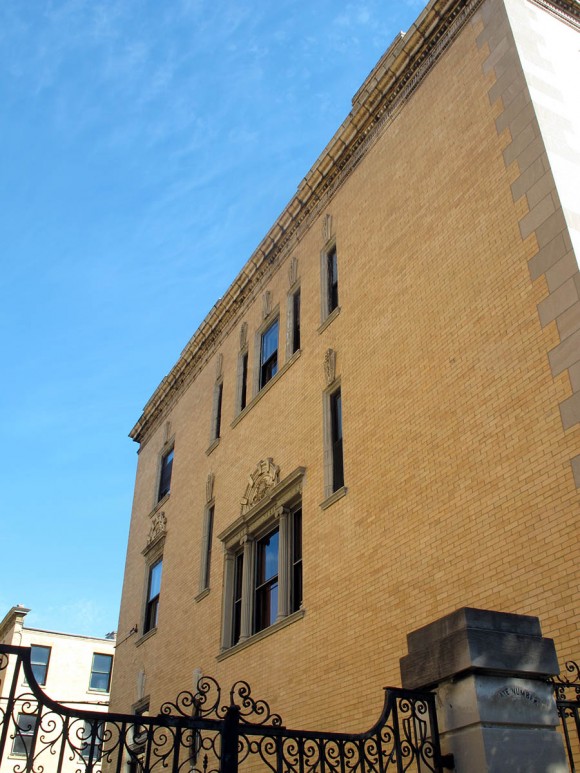 Quite recently, Strivers’ Row had its first Home Tour, allowing visitors into several of the buildings. A shame I missed it!

As everywhere in Harlem, there are a few churches on Strivers’ Row, including this one of seventh-day adventists.