The Shwedagon Pagoda was the first of the major sights on our list in Rangoon. Both its dimensions and the lavish use of gold create an amazing ambience that make this one of the most spectacular examples of Buddhist architecture. 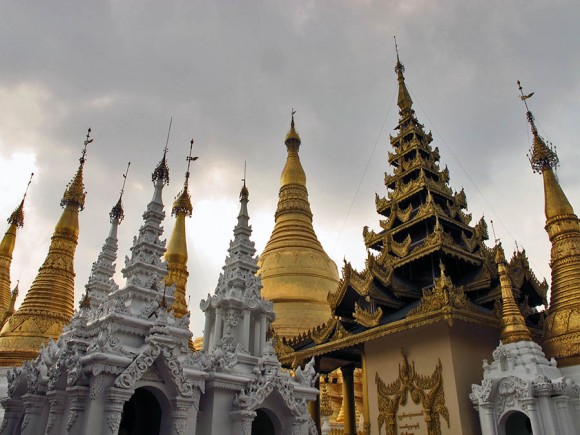 The pagoda is the holiest place for Burmese Buddhists. Its history is shrouded in legend. Allegedly, two merchants from today’s Burma who had met the Buddha were given eight of his hairs, the stupa got built to enshrine these. Probably closer to the truth appears to be the version according to which the Mon people first built the stupa between the 6th and 10th century AD. 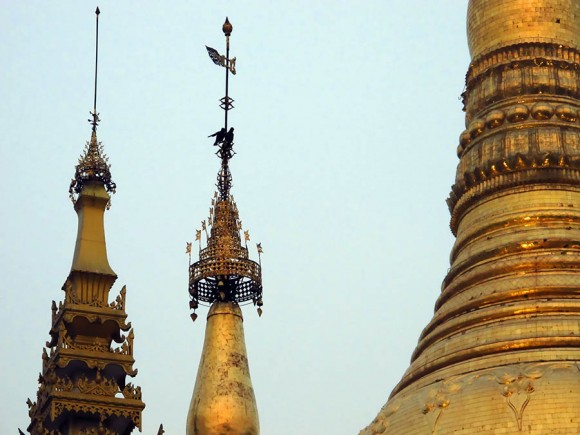 The stupa fell into disrepair and became the victim of earthquakes. Today’s 99-meter-tall version dates back only to the 18th century. The amount of gold used to cover the structure lies somewhere between 9 and 60 tonnes.

The temple has played an important part in the country’s tumultuous 20th-century history, first in resisting British colonial rule: this was to be the arena for student protests in 1921 and 1936, then oil workers set up their strike camp here in 1938. General Aung San, father of Aung San Suu Kyi, demanded independence in 1946. 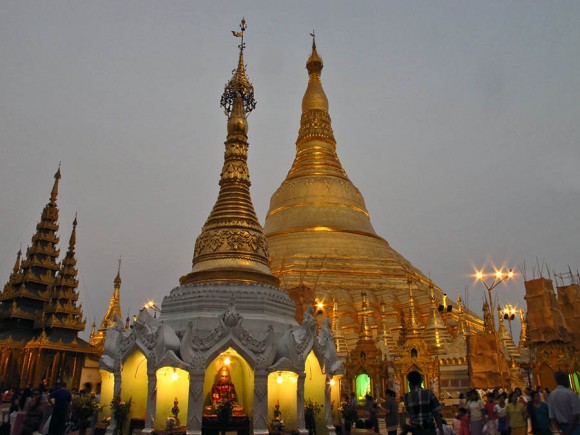 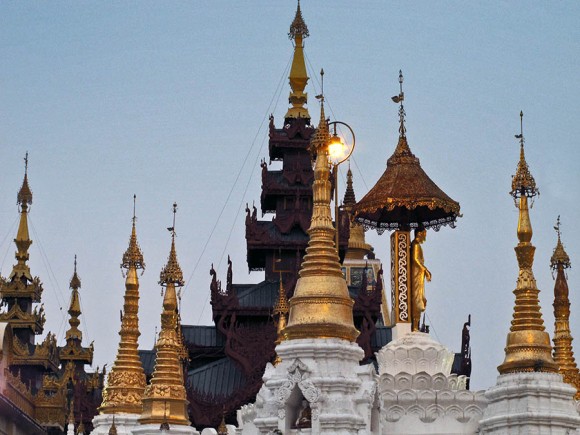 Later, his daughter was to hold her first major speech in the struggle against the military dictatorship, in 1988, in front of at least half a million spectators. She emerged on the domestic political scene after spending most of her life in India and the United Kingdom. She quickly became the most formidable opponent of the regime and remains the most important opposition figure in the country to this day. 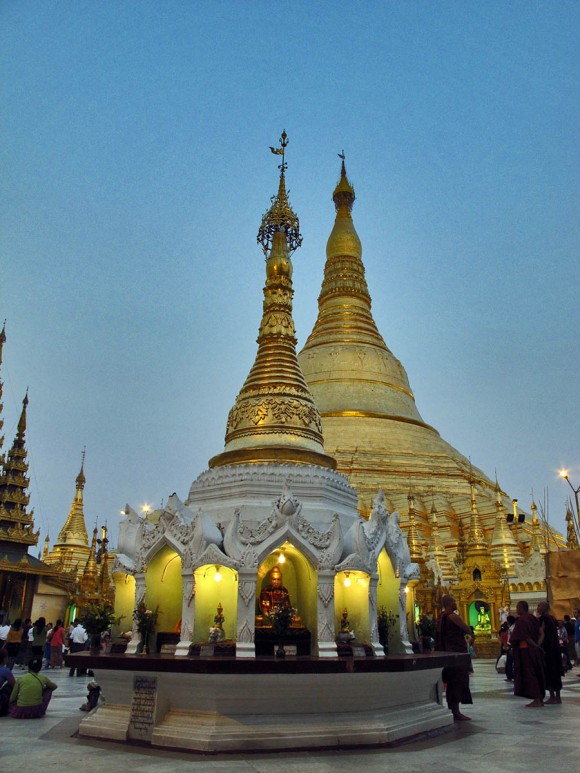 We returned to the pagoda later at night to see the place change with the sun setting. It was markedly more crowded now. The floor tiles were not radiating heat anymore so it was much more pleasant to walk around now than during the mid-day heat. 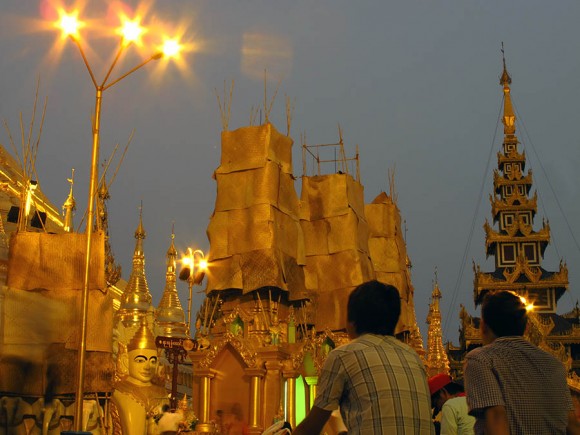 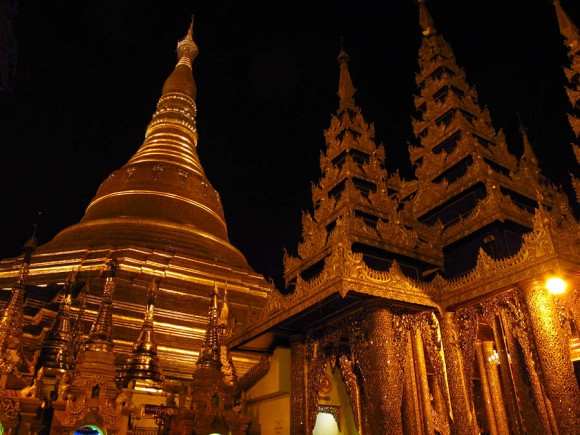