It does not happen too often that a topic as seemingly arcane as Japanese zoning makes it on one of the biggest economics blogs out there. So I would be amiss in not pointing my readers to the interesting discussions unfolding on Tyler Cowen’s Marginal Revolution. 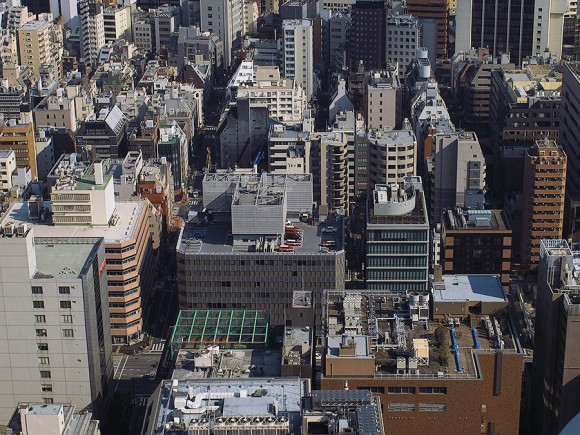 His blog, co-written with Alex Tabarrok (who also penned the posts on zoning), is “replete with pithy observations on German morality, high-frequency trading, college basketball, Congolese music, Beijing food, Indonesian traffic jockeys, and so on; so long as there is a market at work” (in the words of the FT, which interviewed Cowen over lunch a few years back).

So how come the libertarians of said blog pick up Japanese zoning as worthy of their attention? Because, in a nutshell, Tabarrok singles out the zoning system as a major underlying reason for the alleged success of the Japanese housing market. Contrary to markets in the West, it has delivered a lot of new housing starts and did not see average house prices grow out of control.

Widely quoting an FT article from August, he singles out several benefits of Japanese zoning:

All this lets Tabarrok conclude that:

Tokyo’s system gets good marks on the libertarian blog’s “laissez-faire” scale, mainly because the word is used in a quote in said FT article by Junichiro Okata of the University of Tokyo.

And yet, it sounds strange to hear the words “laissez-faire of land use” and “housing market success” mentioned in such proximity in the Japanese context. Other observers make exactly the opposite argument: Japan’s system is broken because of heavy-handed government or nonsensical regulation in the land use system.*

To characterise Japan’s housing market as successful is misleading. The fact there are so many building starts is not necessarily a good thing at all. It points to the fact that homes depreciate extremely rapidly, practically becoming worthless after 15 years. This scrap and build mentality invariably leads to sub-standard building standards. Whoever has lived in a normal Japanese apartment can relate.

Because land prices are still extremely high in places such as Tokyo, the land cost / construction cost ratio is flipped on its head compared to, say the US, where a good rule of thumb is 1/3 land cost to 2/3 construction cost. This perpetuates the system in which quality has to be sacrificed to make the economics work.

It also leads to there being some confusion over “house prices”. In a system in which housing expenditure is consumption spending and not for capital accumulation, you can’t easily compare them to say prices in the US or London.

With such fast financial and physical depreciation of homes, it is obvious that Japanese generally do not buy second-hand homes but instead build from scratch. The most important metric in assessing the price of a home is thus the land price, which in 1995 (as quoted in the FT article as the beginning of the price range) still had a long way to come down.

True, the emergence of built-to-last condominiums all across Tokyo has the potential to change the real estate market towards a more equity-driven model. It is a relatively recent phenomenon, however, and plays according to different rules. Two-hundred-meter tall towers may overcome the scarcity of land issue, but face diseconomies of scale like other towers elsewhere, compounded by extremely expensive earthquake-proofing in this country.

So if there is a reversal of the land price / construction cost ratio, it is usually because of the enormous cost of building tall structures in Tokyo. This makes condominiums an attractive investment opportunity only for the wealthy.

Which leads me to the more social aspects of housing in Japan. The ingenuity of Japanese architects to build on extremely small urban plots is celebrated around the world, and it is often held to be a source of a certain felt equality. (Why I think otherwise is laid out here.) The FT article quoted above also feeds into this notion.

Despite inclusive zoning and the flexibility of the system, however, there are of course structural inequalities in the housing market. The fact that a 20-square meter “manshon” for the young, single worker on a temporary work contract and an affluent one-family dwelling are so close to one another physically helps prevent the emergence of “ghettos”, but does not gloss over these growing gulfs between parts of the population. These are testament to the increasing bifurcation of the labour market rather than the increasing presence of the 1% plutocracy building skyscrapers for themselves like in New York.

There is so much more to chew on in the post, its comments as well as the FT article, but let me leave it at this for now.

The second post Tabarrok put up on this topic goes a little deeper on the zoning issue, again quoting at length. This time he refers to an interesting post by Canadian urban planner Urban kchoze, who summarised this MLIT paper on the land use system in Japan and compares it with the system in the US.

It seems that Tabarrok concurs that:

Japan’s zoning laws are more rational, more efficient and fairer than those used in the United States.

Japan’s zoning system is certainly interesting and warrants a closer look. However, zoning is often a political and highly contextual affair. In Japan, it was borne out of a system that emphasised economic growth and industrial development above everything else. In the US, we have to at least mention other social forces, e.g. the discrimination of ethnic minorities, that help explain the evolution of zoning systems.

I will look at the history of Japanese zoning in a separate post, zooming in on my personal period of observation, i.e. 1945-1970. My hunch is that Japan’s zoning and land use does not sit so easily within the categories of either laissez-faire or top-down. Instead, it was flexible because of its simple and centralised design, different motivations, and because it was not so strictly enforced at the local level.

*As opposed to a textbook laissez-faire system, floor area and site ratio restrictions are actually quite strict in Japan. The latter is felt by many who want to rebuild their single family homes from the 1950s or 1960s: Today’s site ratios are often much smaller than back then, when these restrictions did not exist or were not enforced. On a 30-square-meter plot which the previous home almost filled up completely, home builders are now only allowed to build on 20 square meters, understandably so for fire regulations. While this is good news for some architects, it is bad for the landowner. He or she will not only have to live on a smaller footprint, but the land price is effectively reduced too. To then deduct that Japan’s real estate is not actually as expensive is a little misleading.

3 thoughts on “Japanese zoning and housing”