It’s forty years since US President Richard Nixon went on his groundbreaking China visit that marked a thaw in relations between the two countries. Nixon brought a present with him – two porcelain swans made by Edward Boehm. I visited the National Museum in Beijing two weeks ago where the swans are on display. 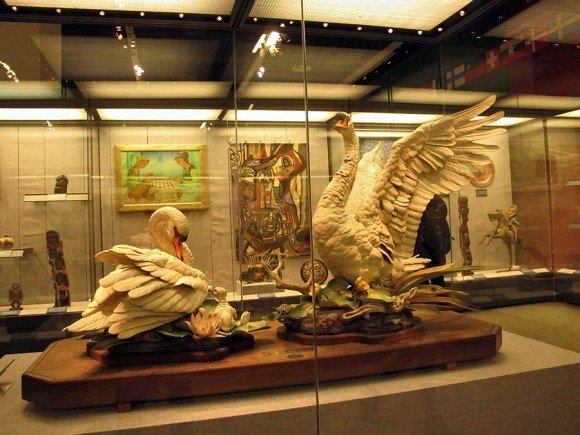 They are part of an exhibition called “History Seen Through Gifts”. It reminded me a little bit of a very similar exhibition I once saw in Uzbekistan’s national museum. One aim of these shows is to convince national audiences of how respected the government must be around the world. Less cynically, however, and in the words of the exhibition’s website,

[t]hese gifts are often crafted by unknown artists and rarely seen in public. Their artistry is often overshadowed by the famous historical figures and the events for which they were given.

Nixon’s visit to China in 1972 is fascinating on so many accounts and probably the controversial president’s biggest foreign policy achievement. The cultural revolution was still in full swing and China lightyears away from today’s relative affluence and interconnectedness with the world.

Two related reads can be found on China File’s “My First Trip” page:

First, Winston Lord’s memories of being on the secret preparatory trip with Kissinger the year before. Lord claims to have been sitting in the front of the plane that flew himself, Kissinger and two other diplomats to Beijing, making him the first American official to enter the country since 1949. Fascinating stuff.

The second read is by other long-standing career diplomat Chas Freeman, who went on the trip with Nixon in 1972 to act mainly as an interpreter. It’s crazy to think that Freeman was 28 at the time of the trip. 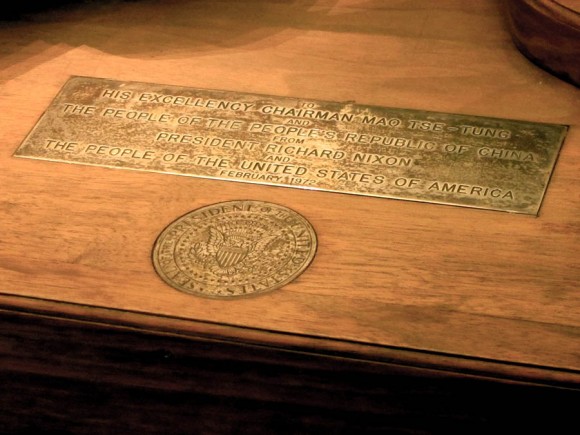