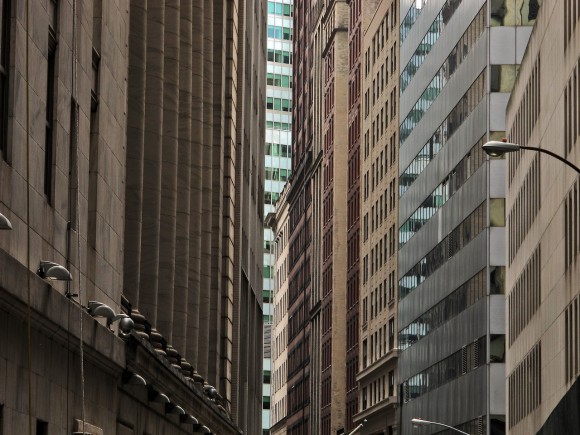 Social impact bonds have become a vogue topic mainly for two pioneering initiatives. One comes from the UK, where the proceeds of a 2010 social impact bond set out to reduce recidivism in a short-term prison population. The other one, involving Goldman Sachs’ Urban Investment Group here in New York, is also targeting prisoners, and focusses on 16- to 18-year-old young offenders.

If pre-agreed targets are met upon maturity of the contract, the government pays back the notional upfront investment plus a pre-agreed return.

In the UK example, if the program achieves re-offending rates that decreased by at least 7.5%, its investors will get paid back in full, plus receive a return that grows in parallel to lower re-offending rates but is capped at 13% p.a. In the US, Goldman expects a risk-adjusted rate of return between 6-8%. At the time of writing, this is on the high side of US high-yield indices’ current yield-to-maturity.

In order to bring the private sector onboard, one needs to be able to promise market rate of returns so I have no issues with these numbers. After all, we’re dealing with hard-to-price financial instruments (you can loose everything, but your upside is capped) and a very complex (and expensive) array of contracts (refer to “Execution Risk” on page 100 of this document).

The thinking goes something like this: by reducing recidivism now, one can tap potential savings down the line. There is absolutely no argument here: it is cheaper to prevent crimes now by initiatives such as counseling than to imprison a repeat offender down the line.

There is one important qualification though: we need to get the private sector involved because the public sector, theoretically able to deliver the same prevention services now, is broke. Steve Goldberg puts it this way:

As one of the founding fathers of social investing, Sir Ronald Cohen, has put it, “Government is out of money and out of breath.”  We are enmeshed in a long-term fiscal and economic crisis that will increase the need, but decrease the funding, for effective social services long after unemployment returns to normal levels.  This is a “new normal” of government retrenchment, rising inequality and decreasing social mobility to which we have not yet adjusted.  The safety net ain’t what it used to be, plus we can’t afford it.

If we take all of the above onboard as facts, then social impact bonds are a clear winner. The government is withdrawing from public service provision. Programs that should be funded because they make sense and intuitively lead to down-the-line savings are being ignored because of their discretionary nature. The non-profit sector cannot fill the void as it ultimately faces the same “new normal” of unsteady and decreasing funding.

However, social impact bonds cannot be the panacea. Just like in public private partnerships, if the government enters into a contract entailing a (likely) future payout, it needs to make provisions, or accrue, for this scenario. Accounting rules are quite straightforward. A large-scale deployment of SIBs would, just like increased capital expenditure via PPPs (e.g. in infrastructure), increase debt to GDP ratios. The government is kicking the can down the road.

Moreover, as Kyle McKay has argued on Stanford Social Innovation Review, legislation in the US prevents states from creating liabilities in their budget without providing matching funds. In corporate accounting, one could achieve this via piecemeal accruals. In dysfunctional government accounting, however, it often means full pre-funding. Given expensive legal and program evaluation costs, SIBs may actually increase budget pressures.

Lastly, it is often taken at face value by advocates that SIBs will deliver innovation. The private sector, through its superior due diligence processes, will automatically gravitate towards high-return (i.e. high future savings) areas, i.e. the social return will be increased by bringing in the likes of Goldman Sachs etc. However, as Kyle argues:

Given the high-stakes nature of the outcome payment, investors will be more likely to select programs with a proven record and with evaluation techniques that maximize the chances of demonstrating a positive outcome. (…) Even more problematic, the evaluation technique cannot control for (or estimate) these advantages.

There is nothing wrong per se with SIBs, just like there are many positive examples of successful PPPs.

However, I find that proponents of these innovative financial instruments tend to take as a given that 1) SIBs are a great way of reacting to the “new normal” of fiscal retrenchment (they do alleviate cash flow problems, but do not improve the government’s balance sheet) and 2) SIBs are automatically going to pull capital to innovative, high social impact projects.

It is ironic, and I’m ending on a long sentence: As yields on government debt in the US and the UK have been hovering at historically low levels and have been crying out loud: “Governments of the world, borrow money! Invest long-term!”, a bunch of really clever people are financially engineering work-arounds that involve the private sector receiving rates of return far in excess of those (continuously) low yields. I don’t think society is better off in this scenario.