I spent two days in Boston last weekend, visiting a friend. Partly thanks to its universities, Boston has plenty of modern architecture. I found this great brochure (Boston Modern: The Spirit of Reinvention) only after walking around town but plan to return to the city with it in my bag. One of these modern gems I managed to find on my own is Peabody Terrace in Cambridge, next to the Charles River. 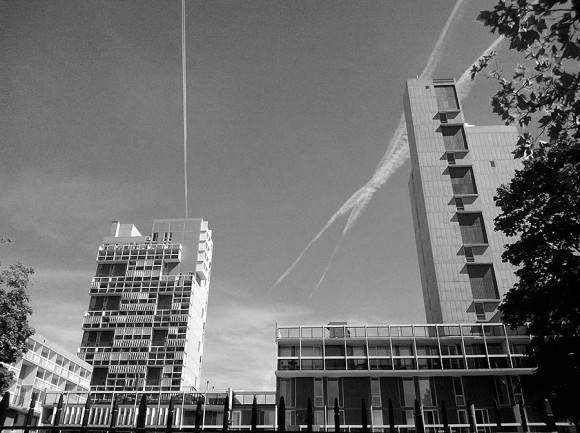 Jose Luis Sert was the dean of Harvard’s Graduate School of Design from 1953-1969. Among his many accomplishments was the inception of the world’s first urban design course. He was one of the main disseminators of modernist and Corbusian ideas in the US. He also built, especially in his adopted hometown Boston. Peabody Terrace (1962-1964) stands amongst his most important residential projects. 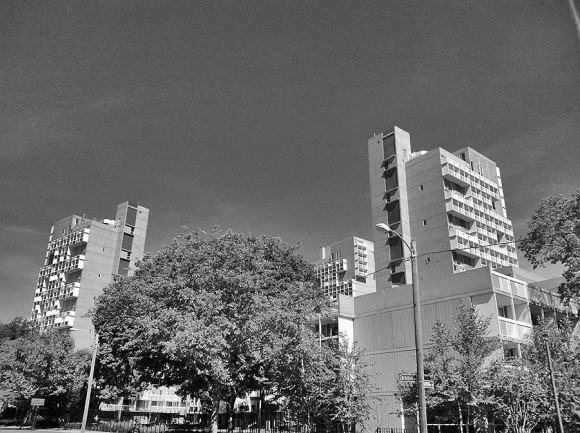 The communal housing complex is made up of three 22-storey towers, a few low-rise buildings and courtyard / public space in between. Facing growing student numbers, Harvard University built the place in order to provide student accommodation for couples. The ample outdoor space as well as a daycare facility for kids were supposed to provide convenient and social living space for young families.

While Peabody Terrace is an architects’ favourite, the building isn’t very popular with its residents, neighbours and its owners. 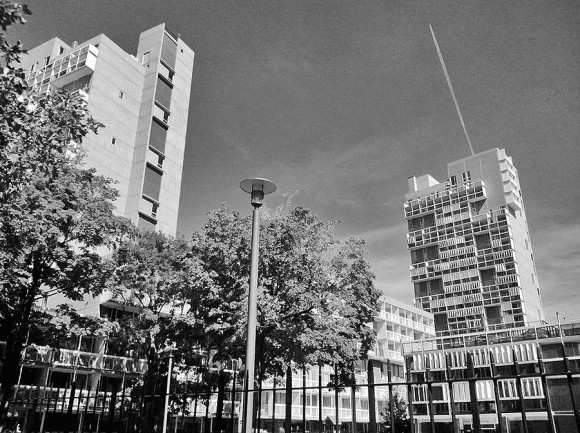 Neighbours thought of Peabody Terrace like nothing else than a highrise apartment building. And although Sert had carefully studied conditions in and around the site before construction, the plazas and courtyards were never really accepted by the wider community (at least so it is reported).

The owners of the building (assuming that would mean a Harvard trust) couldn’t really be too happy either when in the 1990s Peabody Terrace had degenerated into a bit of an eyesore and was seen as a refuge for students who couldn’t find anything else. Crumbling concrete, bleak interiors and cockroaches gave the development a notorious air. A full-scale restoration was carried out in the 1990s and today the complex is well maintained it seems. 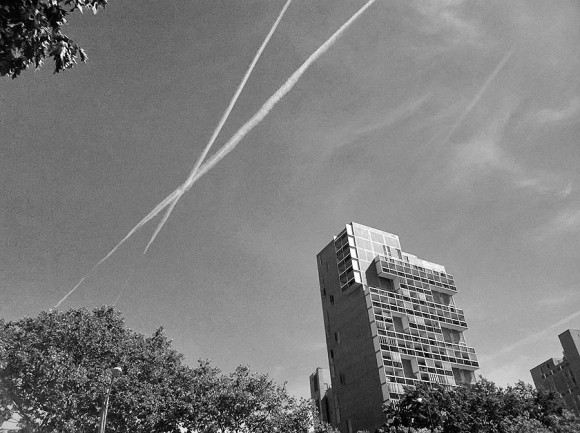 However, some inhabitants still don’t seem convinced. An interesting observation comes from this architect who actually lived in one of the flats. He describes his intention to like the place, but goes on to write of his disappointment and eventual early retreat from the flat he and his wife occupied. Among the problems he cites are low ceiling-height, dysfunctional public spaces and a general cold feel.

The question about Peabody Terrace’s merit can easily develop into a wider discussion about the pros and cons of modern architecture. I think it’s too easy to say that such modernist / Brutalist structures are by definition loved by architects and hated by its inhabitants, although it is a recurring theme in public discourse.

Yet there is also a different side of the coin, as evident from a revival of interest in Brutalism in the UK for instance. Prices for apartments in the Barbican have reached record highs over the summer, and although a campaign to save the Smithsons’ Robin Hood Gardens seems to have failed, it shows that there is a growing interest in preserving such architecture.

The reason why many of these projects have “failed” over the years could also be related to the appalling lack of maintenance as well as social deprivation in and around those buildings.

Another one of Sert’s buildings in Cambridge below (Harvard Science Center): 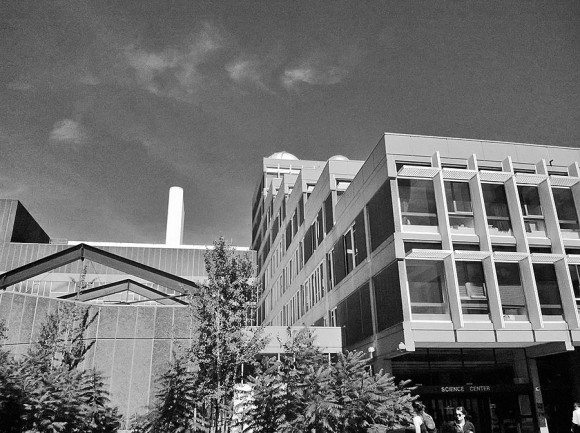 One thought on “Peabody Terrace”