The food has been one of the major perks of our time in Japan. The variety, the freshness and the dedication and love with which almost any meal is prepared is second to none. Since arriving in New York, we took a variety of ramen stops and enjoyed one kaiseki dinner. It’s been OK, but no match to our time in Tokyo. 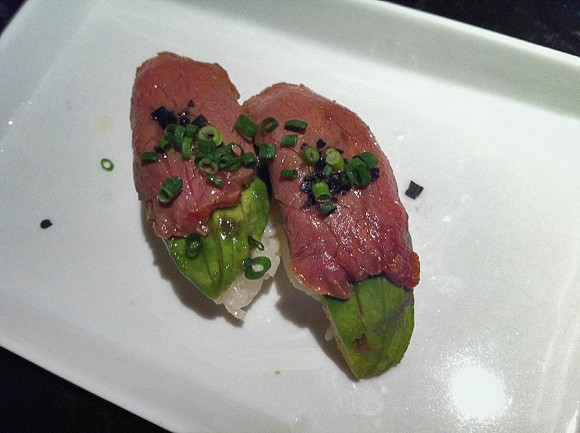 Each time we arrived in Tokyo or had visitors, we usually went to Ippudo, a Kyushu ramen chain that had a branch close to where we were living. The more famous ramen restaurants in Shibuya and further afield were saved for later.

Incidentally, Ippudo has two branches in New York. The one we went to on the East side of town was on the pricey side, felt like a nightclub, had really excellent tonkotsu ramen but fairly average veggie ramen (!).

Setagaya ramen on St. Mark’s isn’t worth venturing out to, while Menkui-Tei around the corner was only marginally better. I won’t even mention the name of the place I went to in Queens. Anyway, while NY seems the “ramen central” of the Western hemisphere, it is no match to Japan unless you count the expensive Ippudo ramen to your staples.

Great footage from Tampopo, the first-ever ramen western to be filmed (1985):

In other Japanese food news, I read this interesting Buzzfeed article on MSG and why it really may not be so bad for you. Dubbed the fifth taste, it has become a food pariah since the so-called “Chinese restaurant syndrome” (numb neck etc.) was first described in the late 1960s. A complete no-go in today’s health-conscious societies, celebrity chefs are preparing the ground for the substance’s eventual rehabilitation.

Lastly, while researching transistor radios, I came across the life of late Japanese business legend Den Fujita. He famously got rich selling radios to the US in the 1960s. He later founded McDonald’s and took the Japanese brand public in the 1980s. One of his “famous” quotes concludes today’s slightly off-topic post:

The reason Japanese people are so short and have yellow skins is because they have eaten nothing but fish and rice for two thousand years […] if we eat McDonald’s hamburgers and potatoes for a thousand years we will become taller, our skin will become white and our hair blonde.