I used the recent stopover in London to ride on the new Emirates Air Lines. It connects East London’s ExCel with the O2 across the Thames. On the way there I got off the DLR at Pontoon Dock to see one of the most impressive industrial ruins still on display in London: Millenium Mills (see here for the map of the walk). 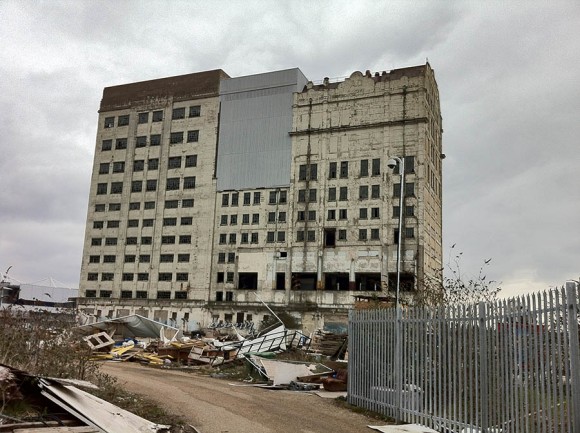 Millenium Mills is a former flour mill on the side of the Royal Victoria Dock in the Docklands. It opened in the early 20th century and took imported overseas grain directly from docked ships to mill flour for London’s bakeries. Millenium Flour was very popular for the white bread sandwiches it helped make. Thefemalewitness has a great story of the mills that is worth reading in its entirety. 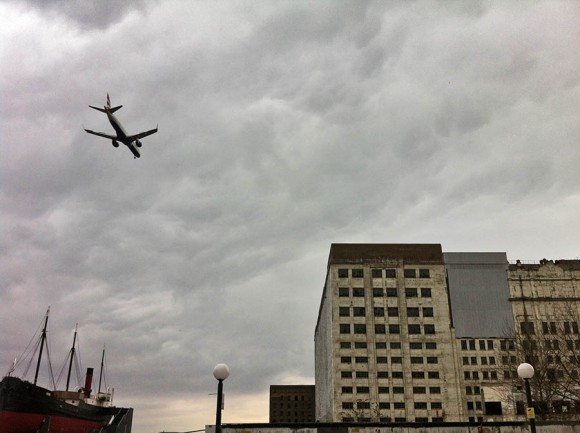 The building got damaged twice, first during an explosion in 1917 (when the nearby arsenal at Silvertown blew up) and again during bombing during WWII. It got rebuilt and modernised after both these incidents, most notably in 1932, from which year the current structure stems. The mills closed their doors in the year I was born, in 1981. Their massive size as well as the listing of several of the buildings in the vicinity prevented them from being torn down straight away. Millenium Mills began their long decay. 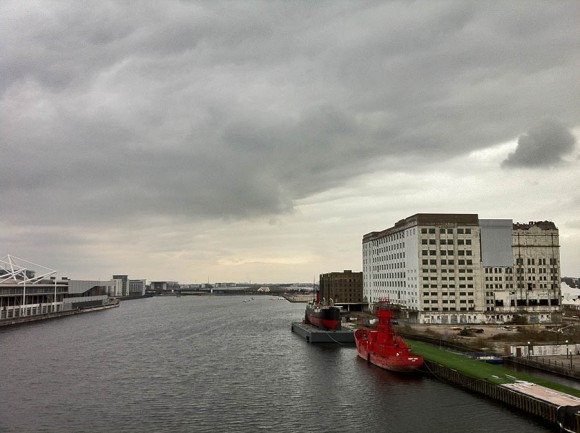 A lot has been suggested for the area. It is right next to London’s City Airport (you can see the runway on the photo above). Canary Wharf is just 10 minutes away on the DLR. Large-scale redevelopments, mainly residential, have been taking place in all directions from the grounds while many of the adjacent communities remain amongst London’s most challenged.

By 2007, a scheme to redevelop Millenium Mills was given planning permission, but eventually got cancelled due to shortage of funds as the financial crisis unfolded. No new tangible plans exist for the area, although parts of the mills were due to be converted for their inclusion in London’s Pleasure Gardens. 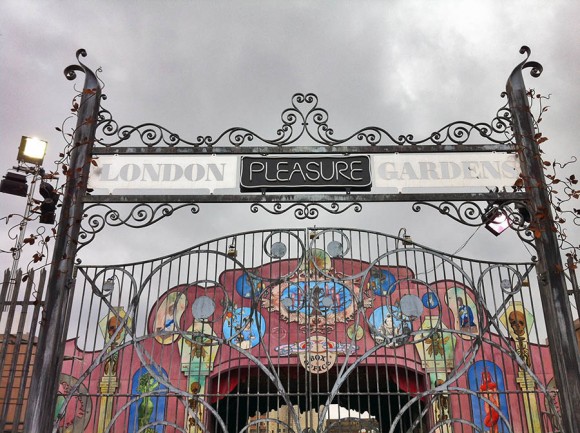 The entrance to the gardens can be accessed from Pontoon Dock. They’re all locked up now and reveal a glance at the now derelict site. This article from Londoneer tells the story of how this place was destined to become a hot venue for festivals during the London Olympics and beyond, yet instead became a showcase for a complete planning disaster. It’s now another addition on the urban exploration trail, on which Millenium Mills is a prime stop too (see also here). 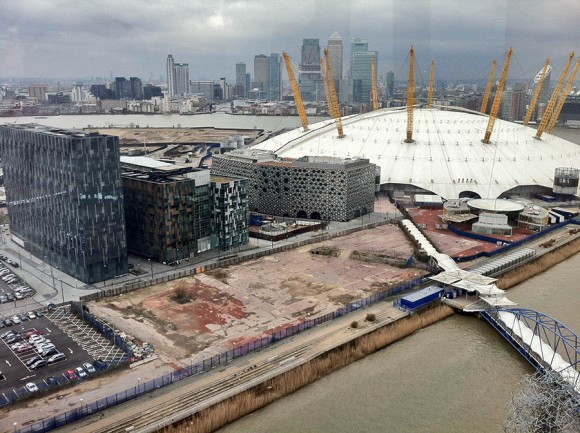 The walk continued across a pedestrian footbridge over the dock towards the cable car station. For GBP3, it’s worth the ride across the Thames (bring your Oyster card). It features great views towards the City and Canary Wharf. It also reveals what the numerous recycling businesses near Canning Town are up to. From the other side, you can hop on the quick and convenient Jubilee Line. 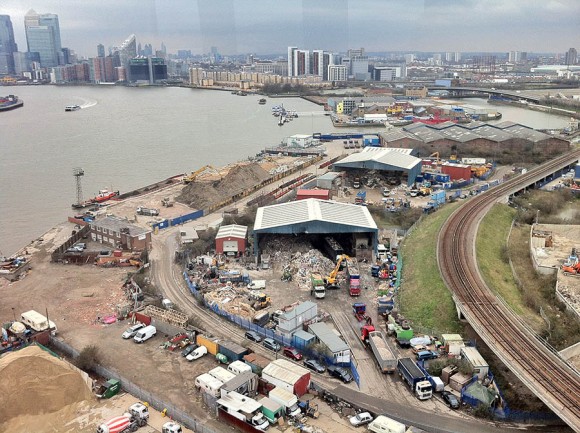