One highlight of our recent trip to Dresden was the visit of the Militärhistorische Museum, the military history museum of the German Army, the Bundeswehr. It recently underwent a dramatic modernisation using the designs of starchitect Daniel Libeskind and re-opened its doors in 2011 amid much fanfare. The striking shard-like structure symbolises the Allied bombing squads’ formation that put to ashes large parts of Dresden in 1945. 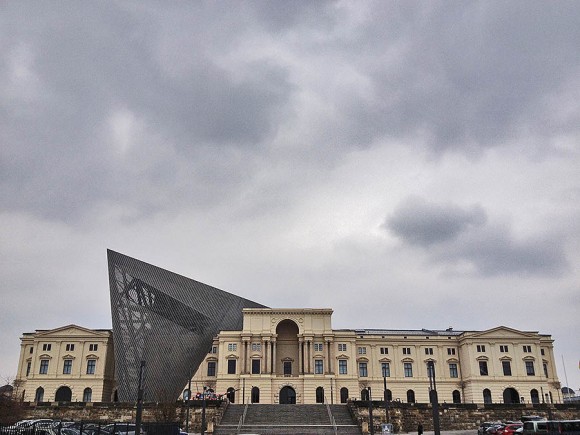 It’s not just for the strong architectural language employed by Libeskind that this place exudes symbolism. I guess any official military museum of this size in a country like Germany would evoke some passion. We didn’t have enough time to fully appreciate the permanent collection but instead chose to see the current and much more digestible exhibition on Stalingrad (which was solid and how you would expect it to be in a military museum). 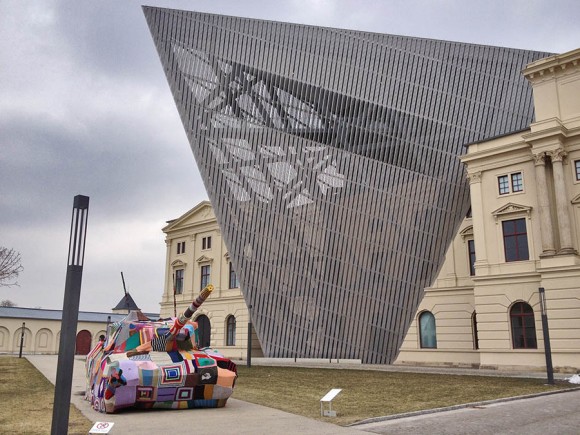 We did enjoy what we saw of the permanent collection and how it was arranged alongside some more metaphysical conceptual topics such as pain, vulnerability of the body as well as the intricate relationship between the development of forward weapons and defence system. The overarching shard/bolt drives through the museum like a wedge, creating interesting vistas throughout.

Back when the place reopened there was a debate whether the museum succeeds in contextualising the two world wars amid Germany’s turbulent history before 1914 and after 1945. This Sueddeutsche article gets it right to some extent: it argues that the huge scope and size of the museum does injustice to the realities of war, as one can invariably only catch a short glimpse of each of the presented conflicts.

At the same time, the museum gets very good reviews by most people who come and visit. It’s become a very popular addition to Dresden’s long list of sights. Next time we’re there we will definitely visit again and spend more time. 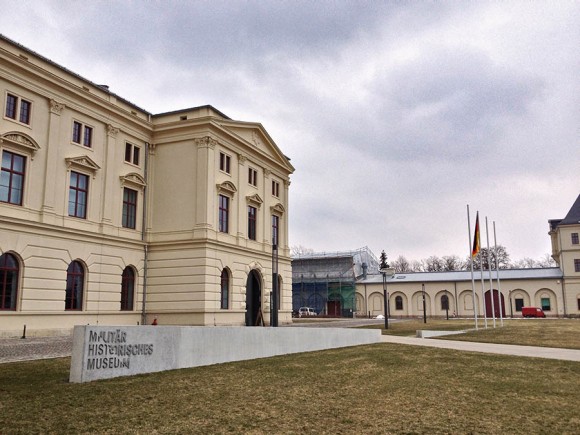 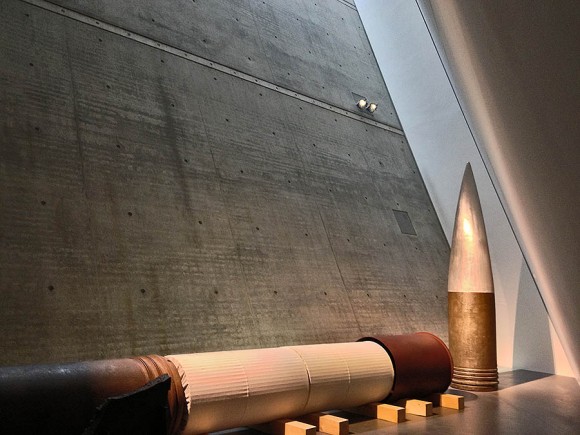 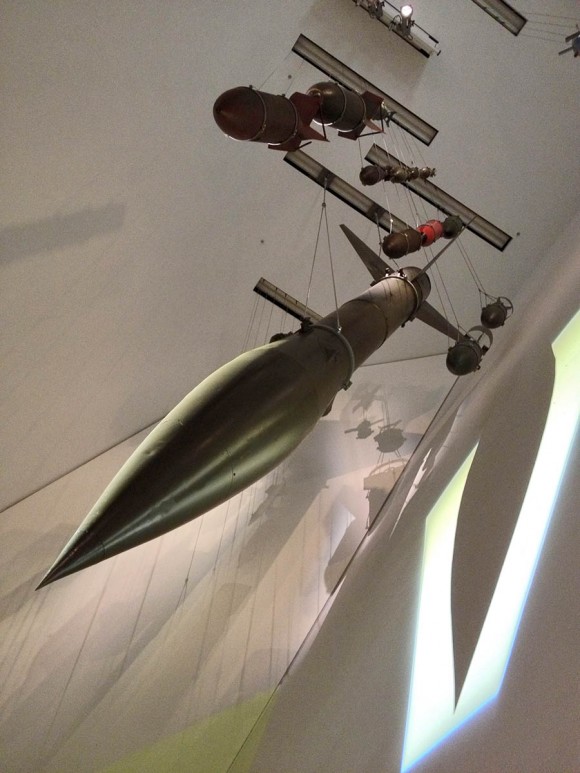