Berlin’s Rosa-Luxemburg-Platz is one of my favourite urban spots. Here, Berlin’s history comes alive like hardly anywhere else. Buildings from several decades stand together where important historical events took place. Meanwhile, new houses are being built. Like the one in Linienstrasse 40, German architect Roger Bundschuh’s strange synthesis between art and architecture. 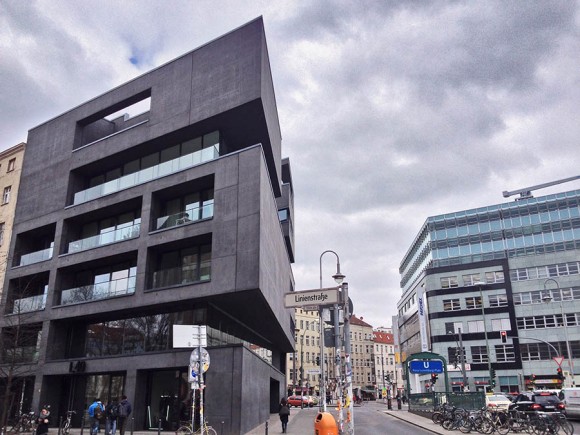 My photos don’t do the building full justice and better shots can be found on the project’s website. Berlin’s building restrictions are notoriously strict, especially when it comes to height (a maximum of 22 meters). L40 adheres to the height restrictions but does not exude the blandness of much of the other contemporary residential architecture in Berlin.

The flats are designed to offer plenty of space for exhibiting art. The building itself has a sculptural feel, largely owing to its black monolithic structure and its elevated tower facing the junction on Torstrasse. There’s an interesting article in Spike which you can read on the architect’s website. Spiegel ran an article a couple of years ago, too. 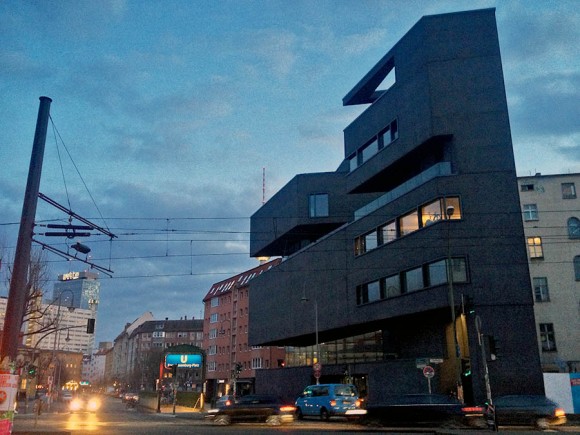 To me, the rest of the square is equally if not more interesting. When in Berlin I live in a flat in one of Hans Poelzig’s houses which were built towards the end of the roaring twenties and represent the “New Objectivity” of the times. Other residential houses in the vicinity are from the 1930s and reveal to me how “un-modern” much of the Nazi architecture was in contrast – more reminiscent of small town German provincialism.

The name Rosa-Luxemburg-Platz was given to the square after the war. This was a very symbolic place to the country’s then-ruling elite: the Communist Party had its headquarters here from 1926 until its ban in 1933. In 1931, later Stasi-chief Erich Mielke and fellow communists killed two policemen in a revenge attack. Today, the German left party Die Linke has its headquarters here again.

The main building on the square is the worker-financed Volksbuehne that continues to house one of the city’s more daring but also most subsidised theater companies. It employed theater luminaries such as Christoph Schlingensief. Next door is the Babylon, one of Berlin’s oldest cinemas opened in 1929.

When in Berlin, make sure to visit Rosa-Luxemburg-Platz. 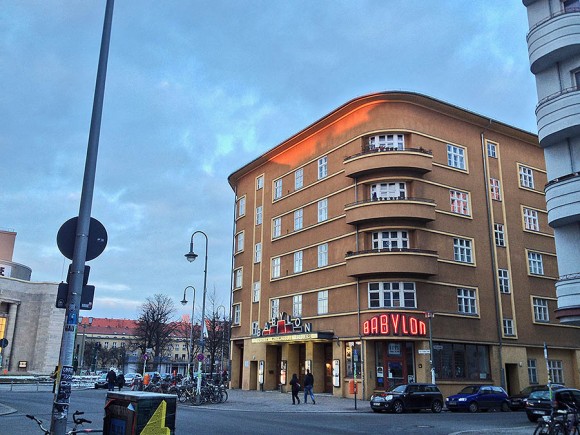