One of our trips inside Burma took us to Shan State in the country’s north. Starting off in Pyin Oo Lwin – or Maymyo as the British called the city – we made our way towards the princely town of Hsipaw. We took the train to get a change of scenery. 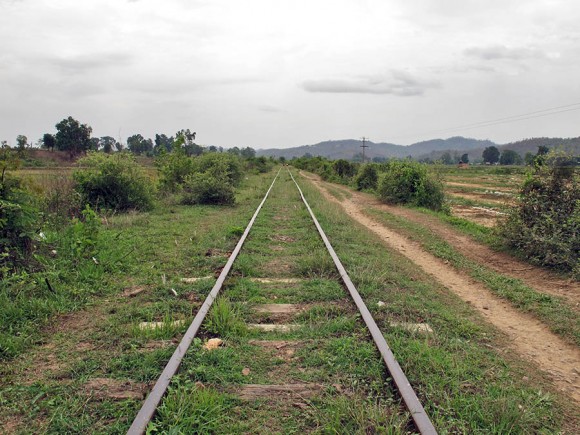 The journey set off in Maymyo, the former summer seat of the colonial government. It has since been renamed Pyin Oo Lwin, yet there is still ample evidence of British rule. Many of the town’s inhabitants are from what is today’s India, Pakistan and Bangladesh. Most of them are second generation and older, yet some people still speak fluent Hindi for example. Mosques, Hindu temples, Christian churches and Buddhist pagodas are found side by side. 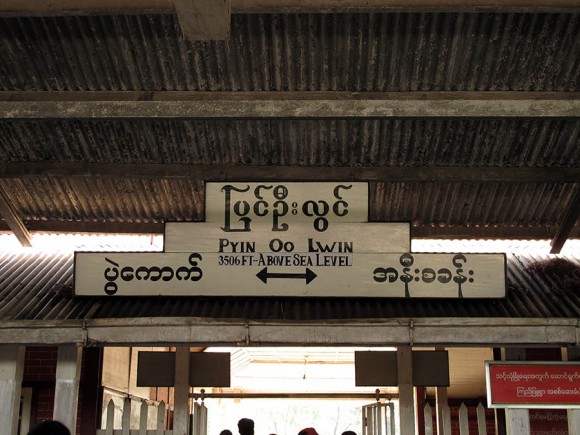 Pyin Oo Lwin is also a treasure box of old colonial architecture, mainly in the form of spacious garden houses. A circular road links most of them. In the town centre, a bell tower from 1936 commemorates 25 years of George V’s reign. 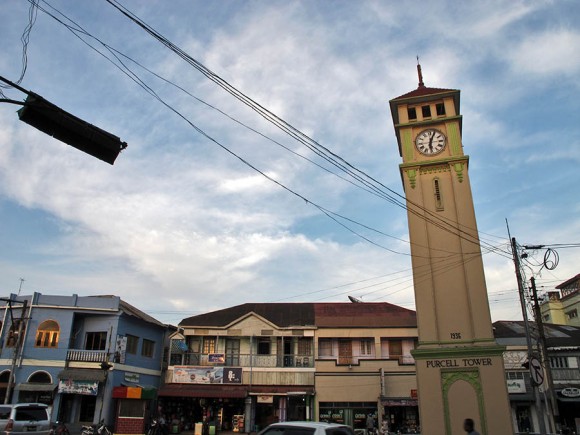 The train journey to Hsipaw in the north is a little more than 100 miles, yet takes about eight hours due to the dismal state of both rolling stock and tracks. The ride is bumpy but very scenic. One major highlight on the way is the Goteik Viaduct. 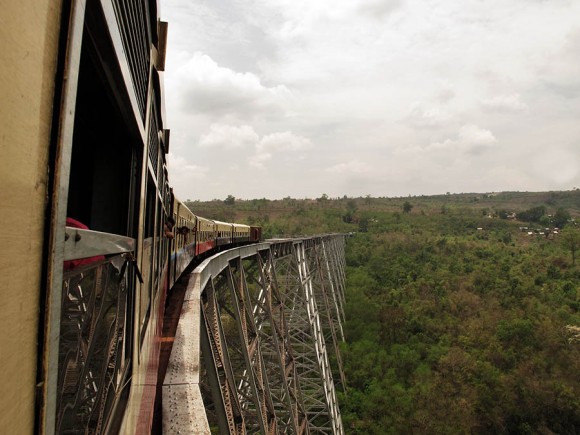 When the rail line between Mandalay and Lashio was built in the early 20th century, the viaduct was an internationally acclaimed engineering marvel. It rises about 100 meters high and is 700 meters long. Back in the days, it was the second largest in the world. Don’t ask me which one was number one though. 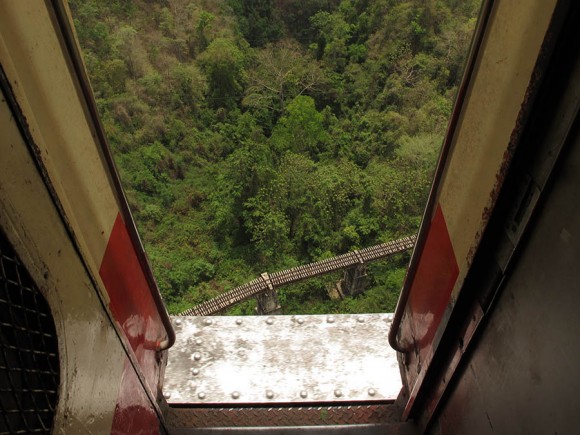 The views from the carriage and from the door are spectacular. The drop is steep. Taking photos is officially forbidden given the viaduct’s strategic importance. In reality, though, nobody seems to care. As the train slowly proceeds across the steel construction, creaky noises come from down below. 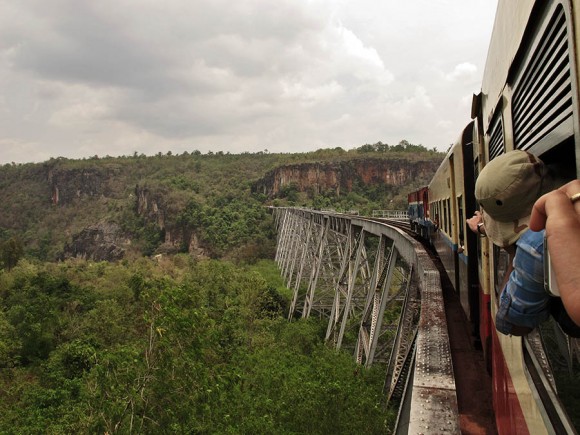 Hsipaw is a pleasant little town in the hills (below: NLD office and bookshop). It used to be the capital of one of the most powerful princely Shan states. The tragic history of the last prince Sao Kya Seng can be read about here. 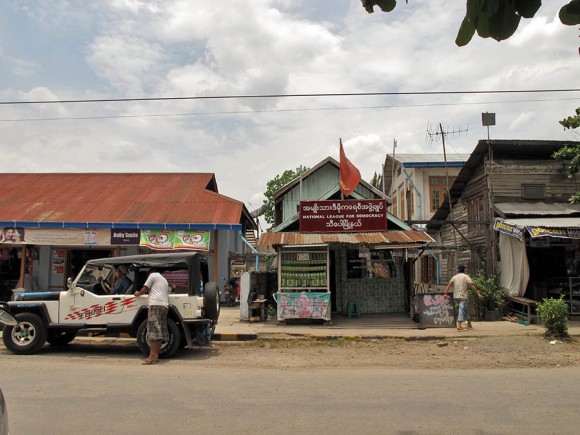 Progressive for his times, he married an Austrian woman, studied in the US and returned to his native Hsipaw full with novel ideas about development and agriculture. He disappeared in the confusions of the military coup in 1962, killed by dictator Ne Win’s officers. 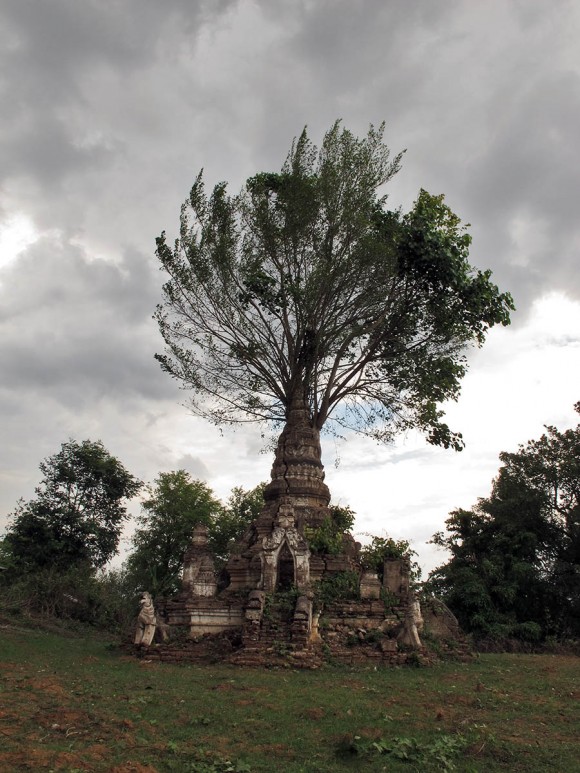 The train continues all the way north towards Lashio on the border with China’s Yunnan province.