I walked the second leg of my Yamanote Line circle trek today. Just because the route from Sugamo back to Gotanda was a little shorter (about 18 km), Tokyo decided to throw some pouring rain down on me during the last leg from Shibuya onwards. I was wondering how it would be to walk London’s circle line (27 km) or Berlin’s Ringbahn (38 km) in comparison.

Here in Tokyo, It felt completely safe to walk everywhere, from dark back alleys to busy station surroundings. It’s exciting to hear and see how each station has a slightly different feel to it, yet shares many of the same characteristics. Rush hour pedestrian traffic at the main crossroads gives way to complete solitude a few hundred meters down the road. Trendy upmarket areas near Harajuku versus makeshift homes for the homeless near Ueno; bright and neon-lit Shibuya and Shinjuku vs. the quiet small-town feel near Tabata. 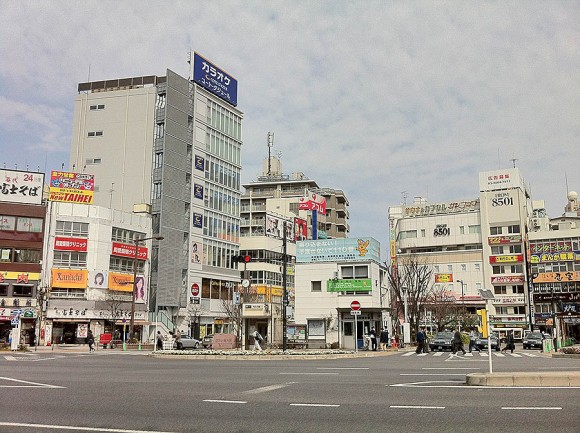 Picking up the trek at Sugamo

One of very few cul-de-sacs near Otsuka station 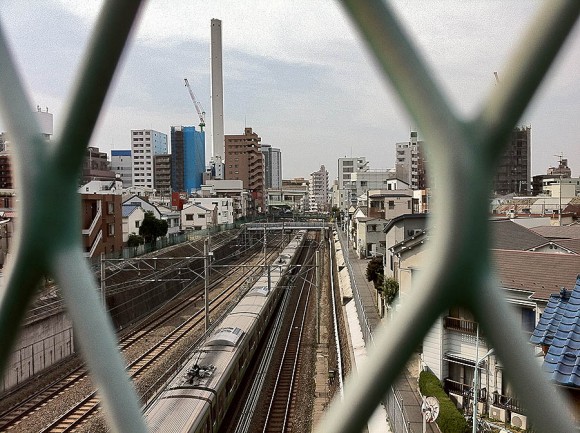 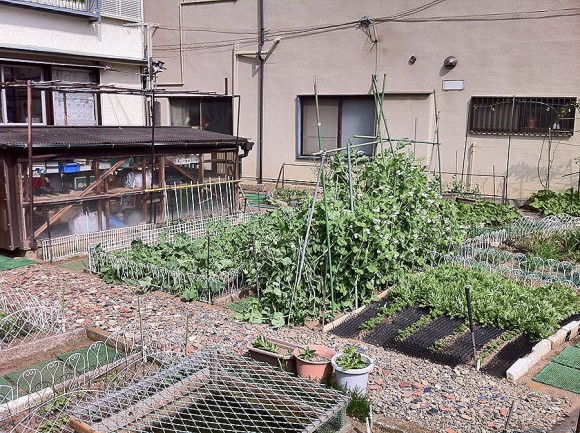 A nice inner-city garden near Ikebukuro 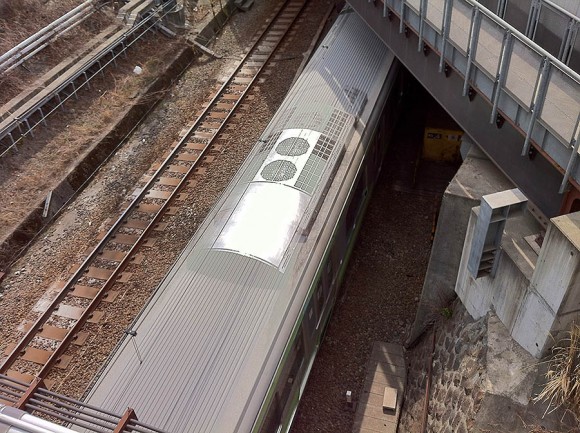 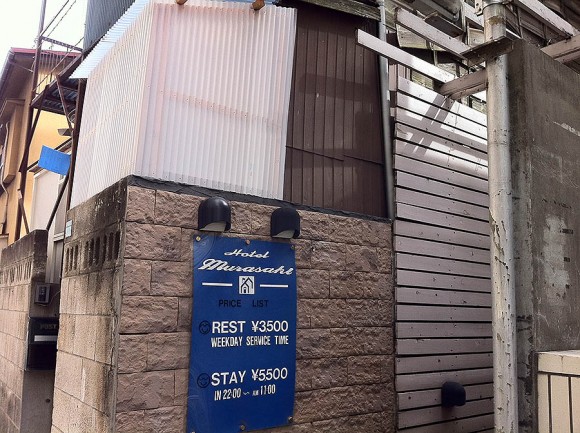 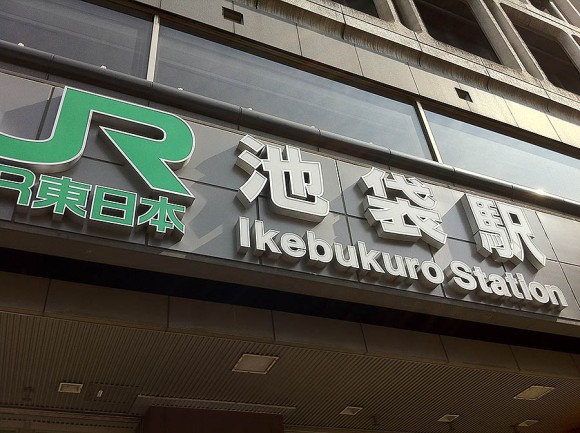 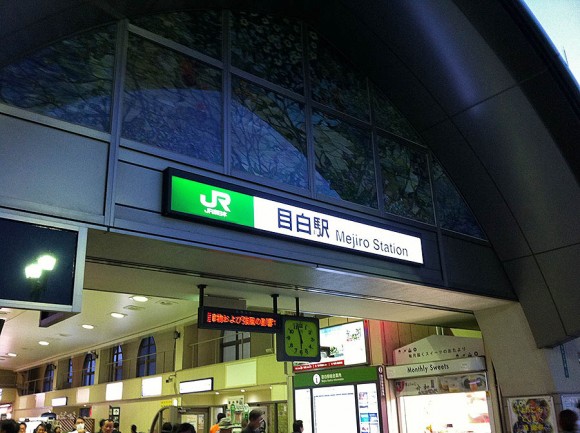 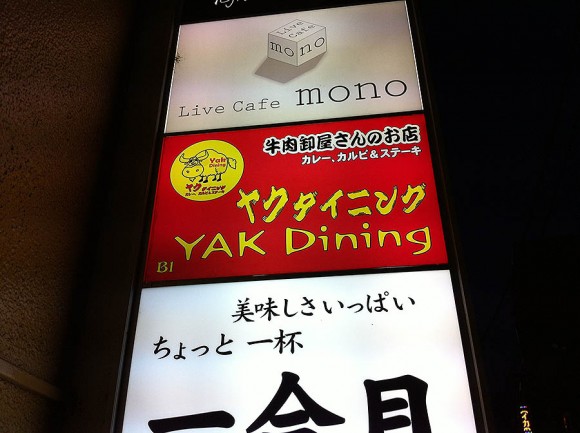 I wonder whether they actually serve yak here… 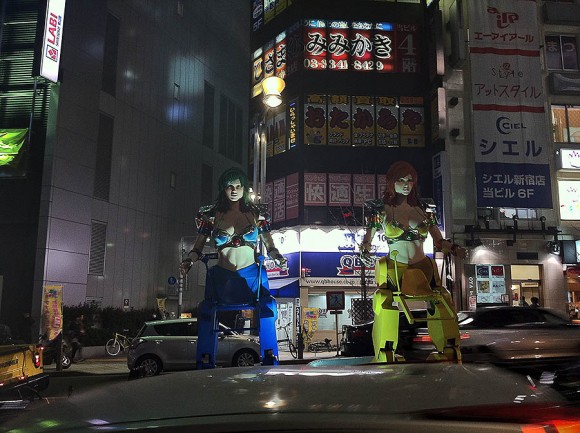 Already in Shinjuku – rolling advertisement for the Robot Restaurant 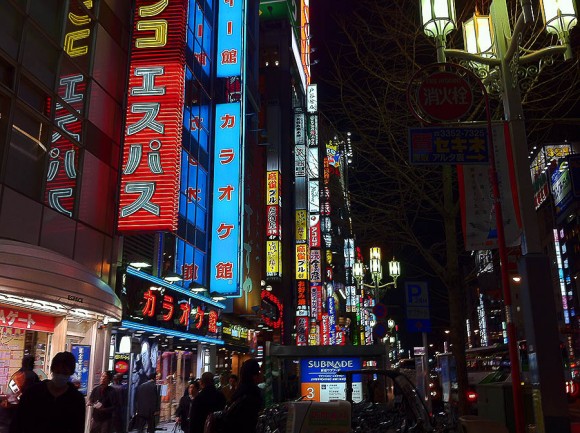 Shinjuku’s neon lights. The blue advertisement is for Karaoke Kan, winning the prize for the most karaoke outlets along the Yamanote Line, practically one at each station 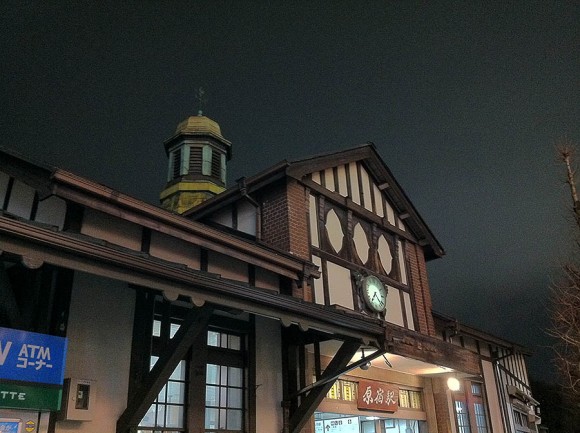 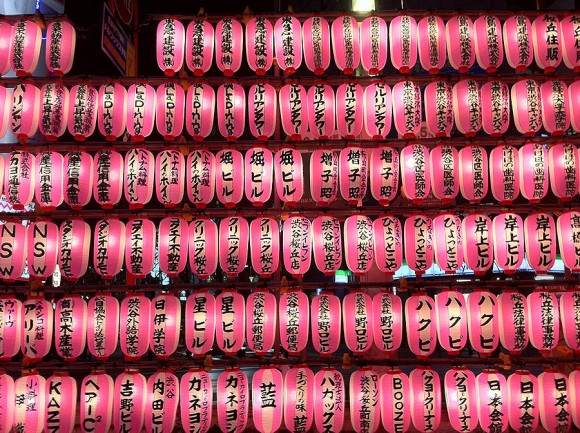 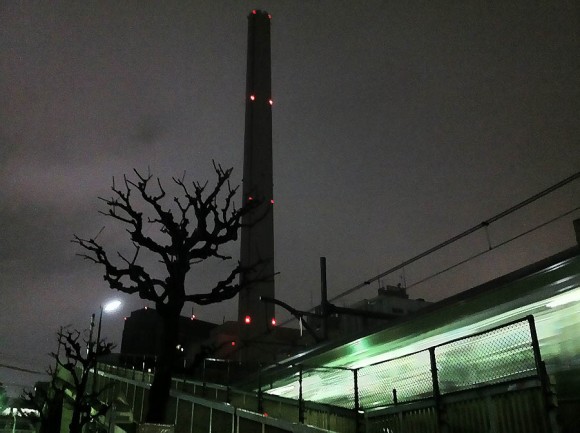 A large chimney near Shibuya station with Yamanote Line train passing by. It began pouring down on me from here 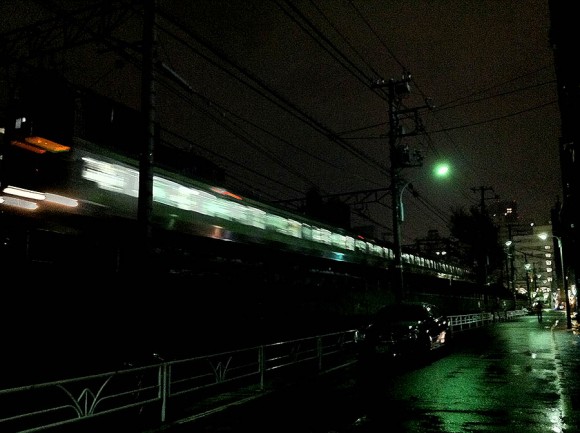 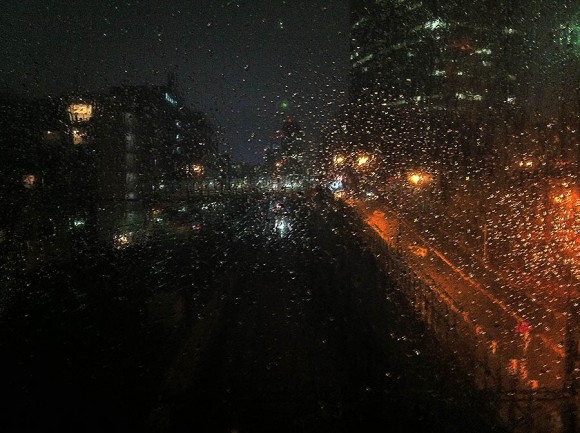 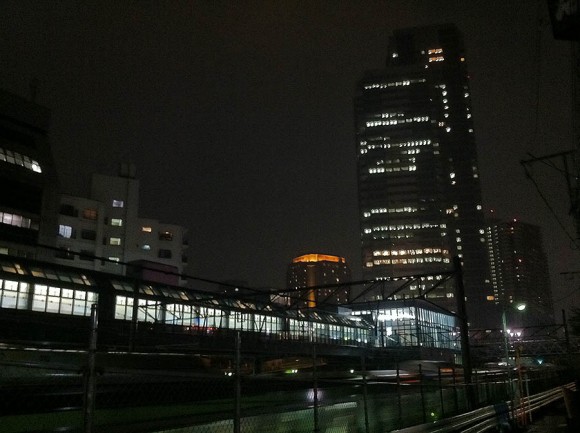 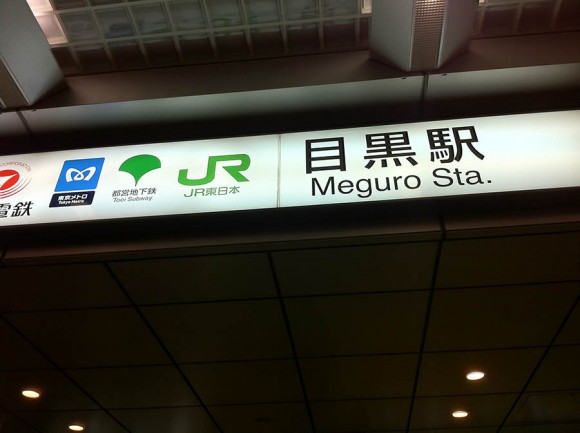 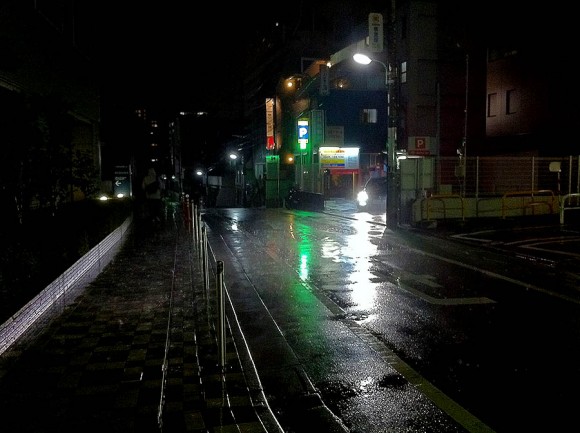 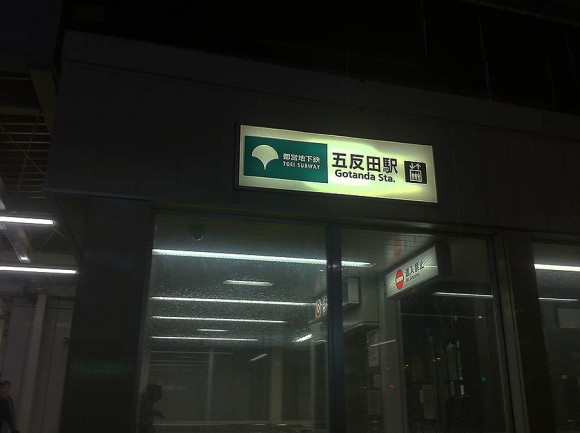 I made it, soaking wet! I reckon that it took a total of just under 40 kilometers to walk alongside the 34.5 km long train tracks. It felt about right to split it into two days, although one could probably try to pack it into one (and start very early in the morning).

There’s so many more impressions I should note in order not to forget them: ubiquitous building sites and parking spaces, the noise of pachinko parlours when their doors open to their customers, the sound of the Yamanote trains’ doors closing, people walking and writing messages on their phones at the same time…

The walk is perhaps short on major Tokyo sights (although many detours can be made to include those, e.g. in Ueno, Nippori / Yanaka, Shinjuku, Shibuya, Ebisu, Shinbashi / Ginza, Tokyo Station and Akihabara), but it gives you a great insight into how this city operates alongside its major railway stations and countless smaller interchanges.