With its high ceiling and muted lighting, the capacious lobby of the Hotel Okura’s main building seemed like a huge, stylish cave. Against the cave walls, like the sighing of a disemboweled animal, bounced the muted conversations of people seated on the lobby’s sofas. The floor’s thick, soft carpeting could have been primeval moss on a far northern island. It absorbed the sound of footsteps into its endless span of accumulated time. – Haruki Murakami – 1Q84

This must be my favourite building in Tokyo so far. This large hotel was built for the 1964 Tokyo Summer Olympics and opened to the public two years before in 1962. Nested between the skyscrapers of Roppongi, it is quite striking how you first walk past the place and don’t recognise it all too much (probably because it isn’t very high). Upon closer inspection though, the place unfolds its uniqueness – a very functional and modern Eastern building with Western specifications. 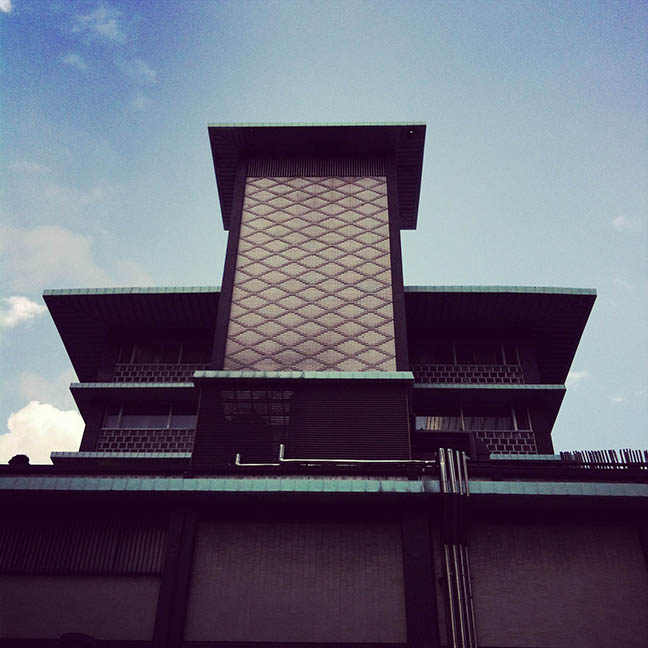 The patterns in use are distinctly Japanese, e.g. this one:

The Okura Lantern, now familiar to all international travelers, in the main lobby and entrance hall, owe their unique shape to the hexahedral gems found in the early dawn of our country, the third to the sixth century. Together with crescent jades and beads they were used on necklaces. Kirikodama in Japanese, they may be made of crystal, glass or emerald. At Okura, five or six of them are strung together. 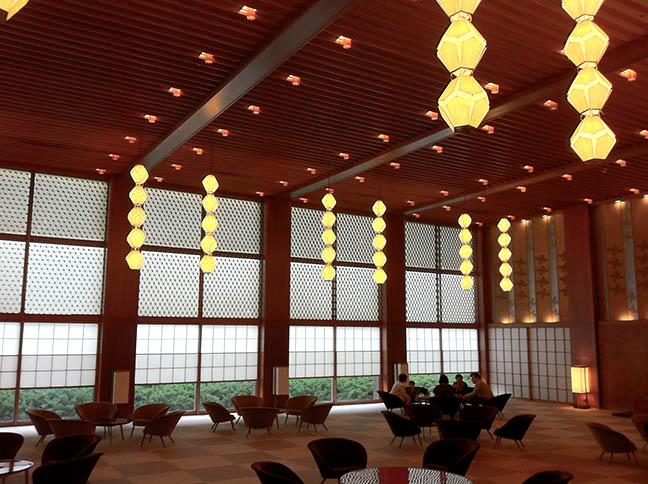 The roof structure with slightly overlapping floor separators, makes the building look reminiscent of a shrine or temple. Very elegant.

The building consists of two wings, main and south, making the hotel big even by today’s standards. As opposed to most other famous lodgings in Tokyo, Hotel Okura occupies a large horizontal space: 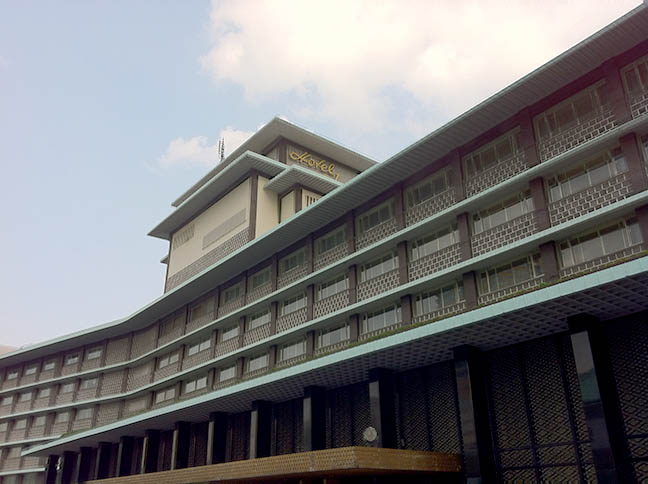 Most of the fittings inside are originals, e.g. a 1960s Seiko world clock. What an interesting decade it must have been back then. The IMF and World Bank held their first annual general meetings in Asia here in 1964 and agreed on giving out infrastructure loans to Japan, some of which were used for a further extension of the Shinkansen network. The skyline around the Hotel Okura also looked vastly different, with hardly any skyscrapers around. The Japanese “miracle”, however, was already in full swing.

This American tourism poster caught my attention – you won’t get a single room for $8 anymore: 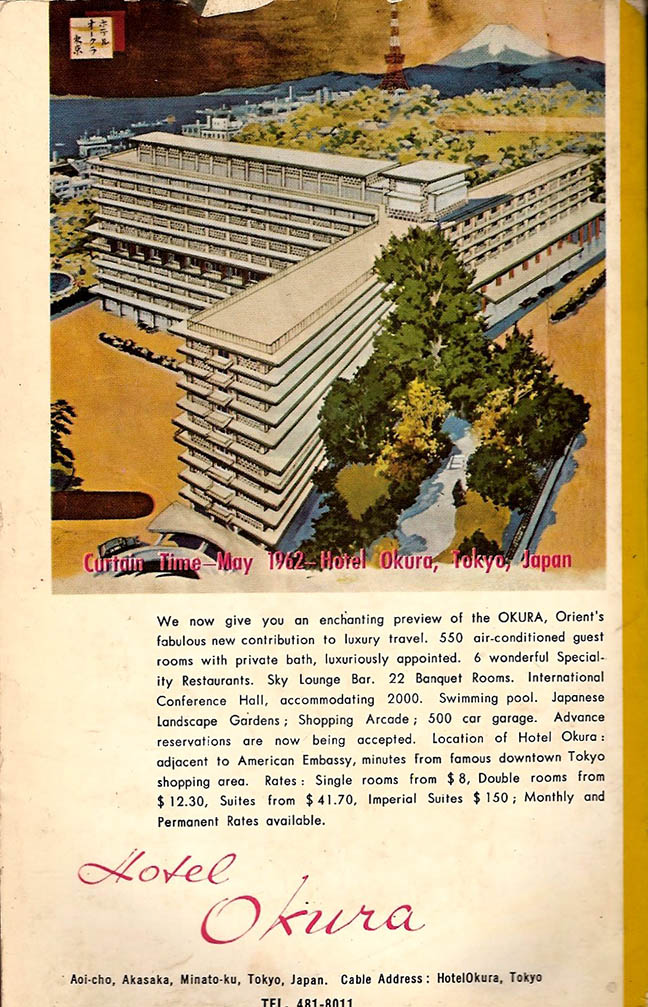 I have so far only been about the reception and lobby areas in both wings but intend to go check out some of the bars and restaurants, time and purse permitting.

The place oozes an almost unparalleled and quite fantastic 1960s vibe.