Looking back at the twentieth century, Olympic Games often marked pivotal moments in the host nations’ histories. Just three years before World War II, the 1936 Games in Berlin were intended to present an assertive yet somewhat tolerable Nazi Germany to the world. The Moscow and Los Angeles Games of 1980 and 1984 respectively made the Olympic idea play second fiddle to the realities of the Cold War. The Tokyo Games in 1964, on the other hand, told the tale of a now peaceful nation that had successfully emerged from its wartime past and was eager to show the world just how it had changed. 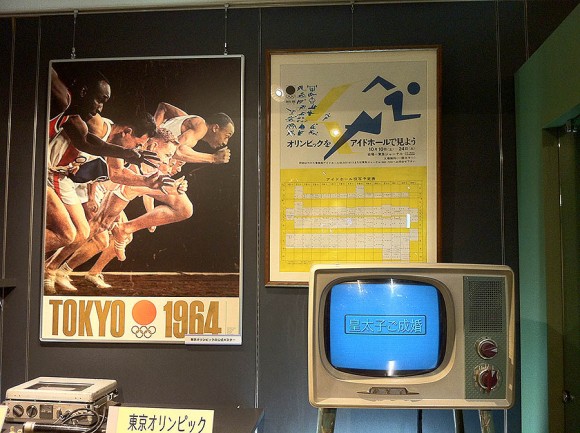 Japan had in fact been awarded the 1940 Olympic Games. Just like London four years later, though, the Games were cancelled due to World War II. Unlike London, which hosted the Olympics without another application in 1948, Tokyo had to go through the whole process again years later.

After the signing of the San Franscisco Treaty in 1952, the Tokyo Metropolitan Government immediately applied to host the 1960 Games but was outvoted in favour of Rome for various reasons: Tokyo had been almost completely destroyed during the allied carpet bombing and reconstruction was sluggish at first. The 1956 Games were also to be held on the “far” side of the planet – in Melbourne – and the IOC was keen not to venture out so far twice in a row.

Tokyo was more successful the next time around and won the bid for the 1964 Games. Like most other Olympics, they proved to be a good opportunity to drastically revamp and augment the city’s infrastructure: Haneda airport got a link with the city centre via the then-futuristic Monorail. The city’s metropolitan highway project took increasing shape and the Shinkansen between Osaka and Tokyo opened on time.

Many venues were newly built or revamped, including the National Olympic Stadium. Kenzo Tange contributed the Yoyogi National Gymnasium: 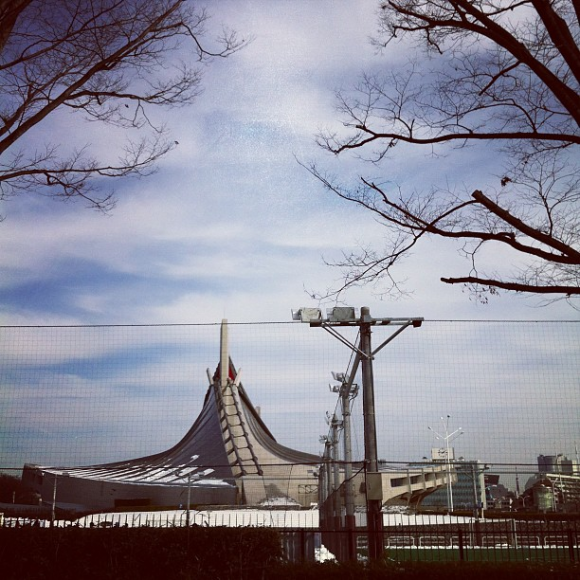 The theme of the Games was to portray Japan as a technology leader: the Shinkansen and the ultimately unsuccessful YS-11 passenger jet (used to transport the Olympic flame) were manifestations of growing Japanese engineering prowess.

Transistor radios and televisions broadcasted the Games to an unprecedented audience. Finishing line photography removed the arbitrariness of referee decisions. Most importantly, the Tokyo Games were the first to be broadcast by satellite across the globe.

Altogether, in their impact on the national psyche, the Games were possibly akin to Germany’s 1954 winning of the football World Cup. A newly-found patriotism seemed to (superficially and temporarily at least) gloss over the post-war depression and some of the national identity confusion.

The emergence of Japan as a (constitutionally-prescribed) peace-loving nation was perhaps best embodied in final torch runner Yoshinori Sakai, aka “Atomic Bomb Boy”. Sakai was born just outside of Hiroshima on the day the nuclear bomb was dropped on the city. Risen from the ashes of the war, Japan had like him become a strong and able nation looking forward to a bright future.

There is perhaps no better way of bringing back alive the Games than watching Tokyo Olympiad, a groundbreaking documentary by Kon Ichikawa that got released in 1965 and thankfully can be viewed in large parts on Youtube:

And the greatest sporting moment for the host nation at 22:40 in this video, when the “Oriental Witches” beat the Soviet Union in the women’s volleyball finals.

Large parts of the post above are informed by this great article on About Japan.