Built explicitly to house a collection of artworks the French government returned to the Japanese people, the Museum of Western Art opened its doors in 1959. With it, the Swiss-born French architect Le Corbusier created his sole work in East Asia. His influence on Japanese architecture, however, was to be far greater than this rather small museum building in Ueno Park. 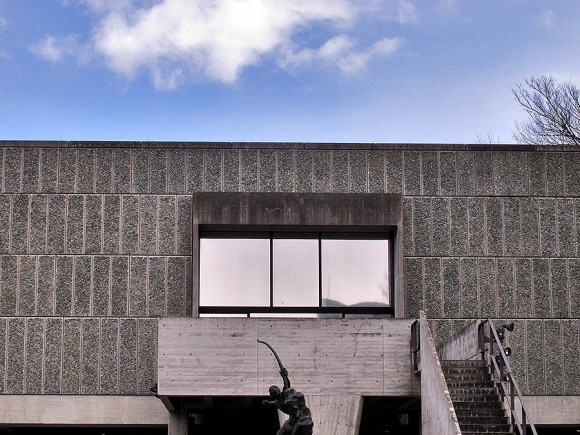 First off, however, a few words on the artworks on display inside. The Museum of Western Art is inextricably linked to the name of Kojiro Matsukata (1865-1950), the third son of Meiji-era prime minister Masayoshi Matsukata. He studied law at Yale and travelled across Europe before returning to Japan. Here, he had a stellar career as president of Kawasaki Dockyard and Kobe Shimbun newspaper. He also became a member of Japan’s parliament, the Diet.

He was to become most famous for his love of the arts. Having made a fortune on the back of the exploding shipbuilding business during World War I, he started amassing a vast collection of artworks – 10,000 individual works at its height, including 8,000 Japanese woodblock prints. From early on, Kojiro wanted to show his collection to young Japanese artists, in a dedicated museum in Tokyo. The economic crisis and World War II made this all but impossible to achieve.

Much of his collection was auctioned off to save his company from collapse. Another great part burnt down in a warehouse fire in London on the eve of the war (Kojiro had kept a large part of his art in Europe to avoid harsh import taxes). Yet a further 400 or so artworks were warehoused in Paris and got confiscated as enemy property during the war. The San Francisco Peace Treaty in 1951 which formally ended the allied occupation of post-war Japan also sealed the fate of the confiscated artwork – it now became French property.

The Japanese government began lobbying for return of the collection soon. Amid improving relations between Japan and the rest of the world, the French government finally agreed to the return (although they kept fourteen important masterpieces by van Gogh, Monet and Cezanne) – under the provision that the collection must be housed in a dedicated Museum for Western Art and be built by a French architect. 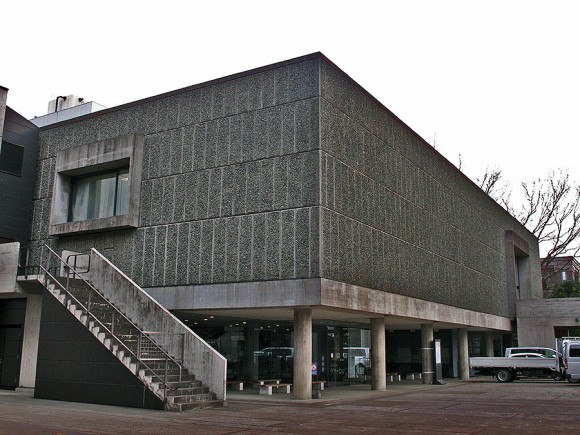 No other than Swiss-born French architect Le Corbusier was commissioned to build the museum. He was helped by three Japanese architects that had previously worked in his atelier in Paris: Kunio Mayekawa (who later was to build the adjacent Festival Hall) and Junzo Sakakura before the war and Takamasa Yoshizaka from 1950-52.

They largely oversaw the actual building work, while the master only visited Japan in late 1954 / early 1955. In fact, he was so happy with this arrangement that he wanted to repeat employing local architects for later works as well. 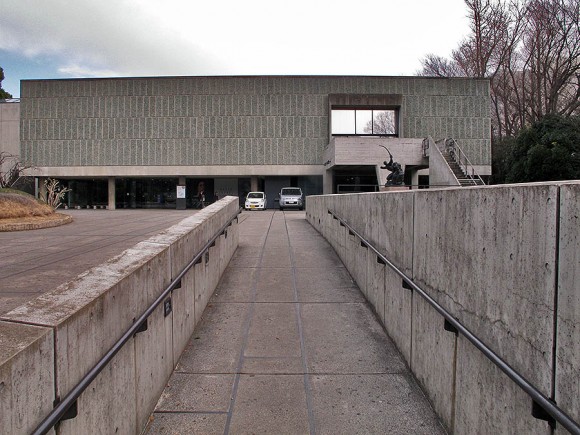 Le Corbusier intended the Tokyo museum as one of his three “museums of unlimited growth” (the other two being in India). As the collection of the museum would grow, so would the building be complemented by further floor additions, making the building spiral vertically. A great post on My Architectural Moleskine has more details on the design itself as well as great interior shots. 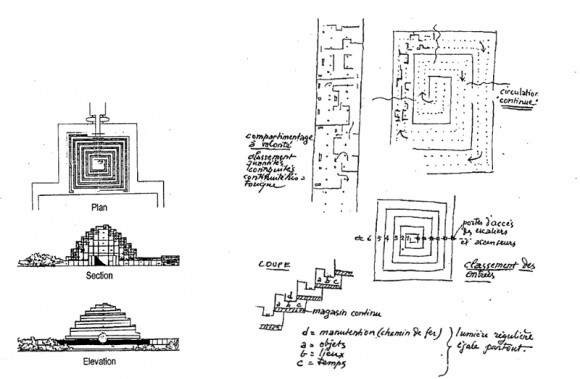 None of the three museum buildings actually grew according to Le Corbusier’s intentions, all got frozen in time. Later additions to the museum by Mayekawa were built next to the original building, thus ignoring the original spiral design. Perhaps Mayekawa did this on purpose out of respect for his old master?

The influence Le Corbusier’s modernism had on Japan is visible when looking at the works of his Japanese students. Sakakura built the Museum of Modern Art in Kamakura near Tokyo, the first notable post-war building in Japan, as early as 1951. Sakakura and Mayekawa joined forces in 1955 to build the International House of Japan in Roppongi. 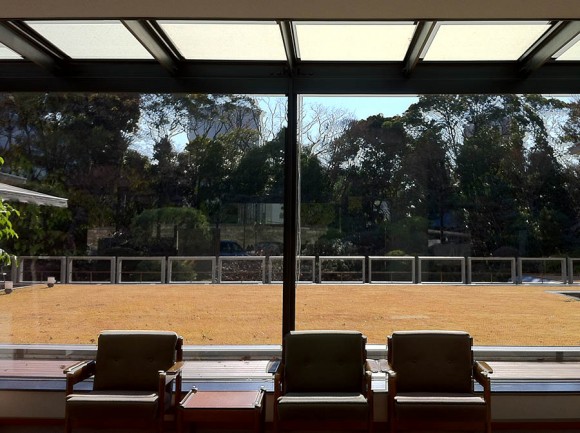 The International House of Japan

I was very much influenced by the fundamental idea that cities should be built around several high-rises that would be able to liberate the foothold for nature. The idea of building vertically and having ample green spaces is better for both nature and people. When you look at Le Corbusier’s architecture, it was truly mixed-use.

Mori’s Le Corbusier inspired ideas have increasingly transformed the cityscape of (central) Tokyo and other Asian metropoles. And I think the same thing can be said of Mori than of Le Corbusier, i.e. that “the proposed city appeared to some an audacious and compelling vision of a brave new world, and to others a frigid megalomaniacally scaled negation of the familiar urban ambient” (a quote from Norma Evenson via Wikipedia).

The Museum of Western Art is located on the east side of Ueno Park, which is home also to numerous other cultural institutions, e.g. the adjacent Tokyo Metropolitan Festival Hall and the Tokyo National Museum. I have visited the park a few times now, but never went inside the museum itself. When I wanted to do so last week, it was closed for maintenance. I shall return! 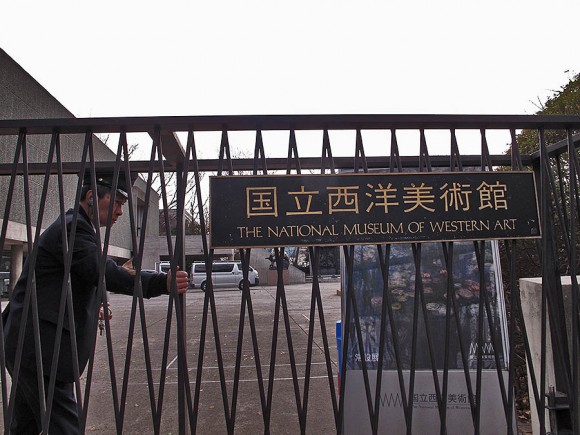 Update 27 February 2013: I have now finally been inside the museum, even twice, to see the permanent collection (featuring a dedicated room for paintings of French impressionist Monet) and the interior space. Both on their own already reason enough to visit. 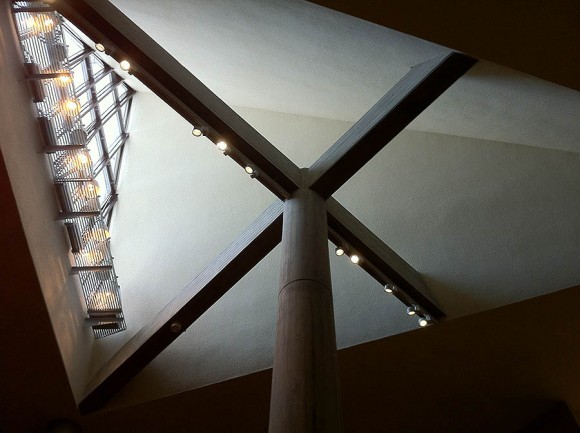 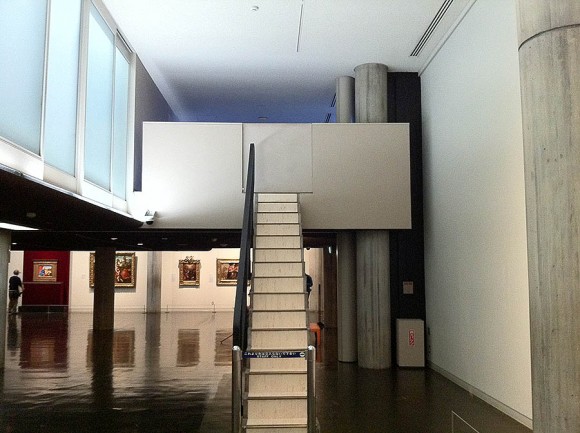 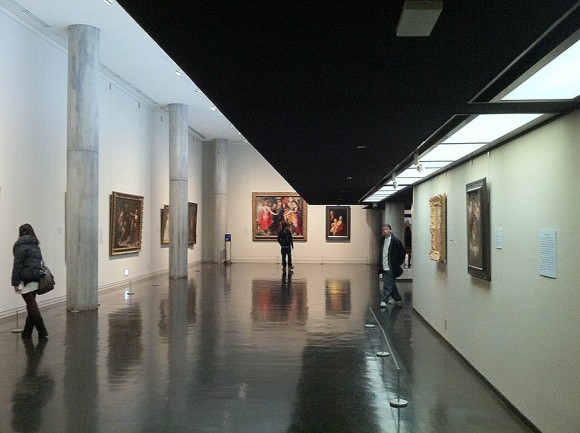