It’s become slightly en vogue to diss my hometown Berlin as of late. Having left almost exactly ten years ago, yet returning regularly, it’s been interesting watching the city from abroad and checking in to the hype once in a while. 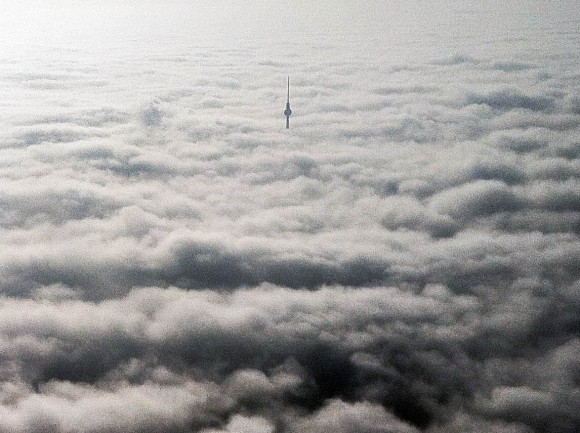 The headlines aren’t all too flattering for Berlin these days. The debacle that is the new airport construction site in the city’s south east has made international waves. Pardon? Germans crap at public infrastructure projects?

Yes. And the scale of the failing has surprised even seasoned observers. A new category of jokes has quite logically emerged and is making furore on (not only Berliners’) Facebook walls (here, here and here). Schadenfreude is the name of the game.

And then there’s the perennial public transport debacle with the city’s S-Bahn unprepared for the winter and, it seems, the 21st century.

What about the city’s mayor Klaus Wowereit? Quite astonishingly, he is still clinging on to his chair

Others, meanwhile, are beginning to turn their back on Berlin. A few had already hit a “bohemian glass ceiling” some years ago (e.g. Mocky of the Canadian expats that settled here in the 1990s and included Peaches, Gonzales and Feist) but now it’s not only the creative jetset that is moving on. It’s the Zugezogenen (new arrivals from West Germany).

“I’ve had it. Too many assholes. Too little community. And now the airport disaster”, says Tyll Schoenemann, former Stern editor.

I tweeted the story with a cynical Berliner’s reaction best translated as “good riddance” and earned some justified criticism. Because although he’s a bit too angry, Schoenemann is probably right in many ways.

Berlin is trash and cheap, it defies/defines taste and trends. Perhaps that’s why it remains a magnet for party hungry Europeans who fill the dance floors of the city’s very good clubs, eat cheap doner kebab and join in the beer parade. Berlin still attracts creative types, but perhaps more and more of those jumping on the bandwagon.

Meanwhile, things also change. You can eat good food, have well-paid jobs and famously of course have kids. Many of them. The city is finding new ways to establish itself also economically, perhaps in a smaller version of a European Silicon Valley.

In all, perhaps, Berlin has become a much more normal city, past its real artistic and creative prime maybe. A world metropolis? Definitely not. But then who cares?

What a lot of the criticism recently perhaps boils down to is that Berlin lacks a civil society. Many of its inhabitants don’t care about the polity they live in because they themselves are transient, don’t have suffrage, or are too poor.

For me, a very big reason for why Berlin continues to be an amazing place is its history. It is perhaps the most historical city in Europe (next to Rome maybe?), the city that encapsulates like no other the crazy twentieth century.

What is an airport delay of a few years in comparison?