To my surprise I have found myself following a rather economics-heavy debate on overinvestment in China recently. I’m interested because of my forthcoming e-book project. One of the chapters will be on Japan’s economic miracle. Apart from pondering investment to GDP ratios I was wondering: can we compare today’s China with post-war Japan? 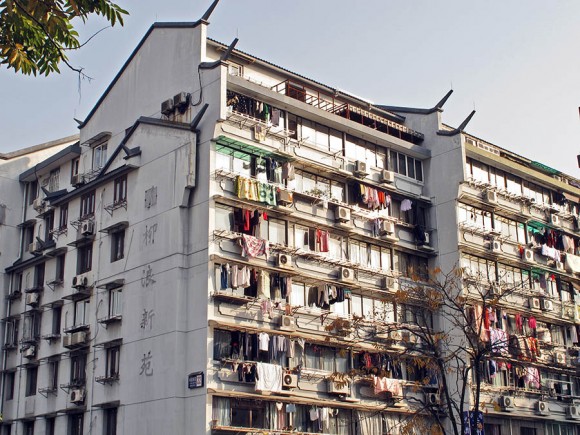 I looked at China’s growth a lot in my previous incarnation as a researcher for a large asset manager so I picked up a recent study by the IMF with interest. It argues that China is reaching dangerously high investment levels and needs to shift its growth away from this investment to more consumption.

The debate is already quite old, with China hawks using the overinvestment story as their main argument in favour of a coming slowdown, if not crash in some people’s books.

The simplified theory goes that with ever-growing investments (as a share of national income, or GDP), the quality of these investments is decreasing (think bridges to nowhere, ghost towns).

Yet in order to maintain economic growth rates in the absence of large-scale consumption or export growth, investment has to grow commensurately to keep the machine humming at above 8% GDP growth per year (seen by many as the minimum rate of growth to accommodate labour market entrants, although that number is coming down gradually as population growth declines). This in turn leads to ever more wasteful spending.

Once addicted to (often government-directed) investment spending, especially in the case of global economic headwinds, it is difficult to wean yourself off it without upsetting your economy or politics at least temporarily. The Soviet Union, many people argue, went under because of such wasteful and persistent overinvestment in the face of falling global oil prices in the early 80s.

The analogy is tempting, because in China you also have an authoritarian government that can simply “decree” certain imbalances away for a period of time, e.g. by suppressing financial intermediation and the signalling power of interest rates by effectively telling banks at what rates to lend and borrow. At the same time, it proves hesitant to “liberalise” in certain areas with good growth prospects but contentious political ramifications (e.g. education and rural land reform).

Yet China is also proving to be a paradox: It has posted growing investment to GDP / gross capital formation, year after year. It now invests roughly half of its GDP. Japan at its peak invested 40%. Why is China different, i.e. why can it invest for so long without there being a crisis of confidence?

Many scholars have put forward their explanations. For one, China is still very poor, so sustained high investments can co-exist with a still low per capita capital stock. There is a lot of opportunity for investment if two out of five villages have no paved road access. And while there undoubtedly is wasteful spending, you have many years to go before you run out of investment opportunities altogether.

This goes alongside some very interesting arguments from spatial economics that tell us why China may be different from other countries in the past (its unique size, population distribution, development corridors, etc. mean that we are looking, in fact, at several different countries). I’m not quite sure where I stand on this, but I think bears have their point.

Anyway, this debate simply is so huge that a single blog post can’t do it justice. What I wanted to do though is look at how Japan’s experience in the 1950s and 1960s compares to that of modern China.

The Economist had a long article about this topic in early 2010. In economic terms, China’s per capita GDP today as a share of US per capita GDP roughly represents that of Japan back then. Thus, the article argues, we (and Beijing’s policymakers) shouldn’t look at the 1980s Japan for comparison with today’s China, but to the 1960s. In this reading, China’s day of reckoning may still be a while.

The Economist article doesn’t insinuate that Japan’s boom in the 1950s and 1960s is analogous to China’s recent growth spurt. However, I was thinking that the differences between the two “miracles” are probably worth spelling out, if only for my own training.

There seems to be some kind of common sense in the assumption that China will eventually “out-miracle” Japan. Some caution may be warranted. After all, the widely predicted Japanese Century did not materialise either.

Some starters (and by no means an exhaustive list!):

2 thoughts on “Japan back then and China now”