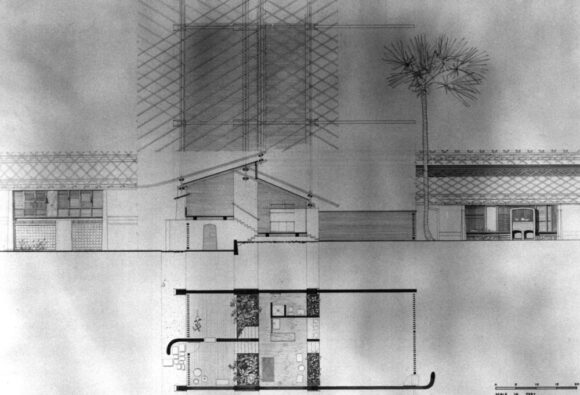 By the dictates of closing browser tabs, I just wanted to jot down a very small number of reading notes on this gem of a PDF I found when researching post-independence South Asian New Town designs.

This is a Master’s thesis by William Warner, submitted in 1957. Warner went on to become a noted architect and city planner in Rhode Island and is credited with revitalizing Providence’s waterfront. He passed away in his early eighties in 2012.

Warner must have been in Burma before noted planner and architect Oswald Nagler came to Rangoon in 1957 upon graduating from GSD. Nagler’s influence on Burmese architecture in particular and Asian urban planning in general is not widely-researched, but Eduard Koegel created this beautiful short film about his four-year stay, part of which was as a Fulbright scholar.

Anyway, Warner’s thesis is a plan for a New Town development housing 40,000 people in late U Nu Burma and carries with it quite some of the optimism of the age. It starts off with a detailed analysis of the socio-economic situation in the country; with the more interesting “site-specific” climatic conditions discussed next.

Warner later delves into the properties of various building materials in tropical climates and what is available in Burma, discusses orientation, circulation, construction expertise etc. etc. – before moving on to the actual plan of his development, which is afforded relatively little space.

The core idea is to centrally plan and use pre-fab methods but to arrive at an environment that “is based on an understanding of the Burmese pattern of life and culture”.

The drawings in the annex are wonderful. The young Warner, in his mid-20s, produced a very interesting document. We might conceive of these plans as early works of policy consultants engaged in some kind of policy transfer.

They might have ironically been ahead of their times, in that they engaged rather profoundly with local conditions before embarking on their recommendations. This is not to say these were really “culturally-sensitive” works.

Some of the work I did on the Robson Report, especially as part of an earlier draft, was on the limitations and critiques of policy transfer as a “one-size-fits-all” approach of moving one set of institutions from A to B.

I would like to find more documents like Warner’s, i.e., of early policy consultants (being well aware of the fact that these were often young postgraduate students on a government scholarship at the time), traveling to South Asia in the 1950s to engage in town planning, and connecting deeply with local urban traditions.

This is also one of the reasons I am drawn to Polk’s work on the subcontinent.

This paper (Banerjee, 2009) is worth keeping in mind in this connection, while this short summary of climate-responsive urbanism could be the umbrella under which to conceive of these plans.