[See below for updates to this post.] As frequently written on this blog, Tokyo has really got me interested in urban development and architectural history. Two timelapse videos are great examples of why that is. First, look at how Shinjuku’s skyline took shape over the decades:

Just as the vertical skyline is characteristic of central Tokyo, so is the scrap and build cycle. So, let’s take these skyscrapers down after the break!

The video above shows a new technique by Japanese construction company Taisei Corp to take down tall buildings in an environmentally friendly fashion. The Japan Times had a report about it the other day, and I get to see the effects of this technology when walking close to the nearby Grand Prince Akasaka Hotel by Kenzo Tange.

Update: The Atlantic City has a story on this. And CCTV a video on Youtube documenting the process:

Just as many of the early skyscrapers approach their 30th/40th birthday, developers get itchy fingers and ponder their destruction and replacement with more functional and more expensive real estate (yes, also with more sustainable and eco-friendly buildings).

A part of me finds this strange, especially when more symbolic buildings are concerned (e.g. Tokyo’s “first” skyscraper, the Kasumigaseki building, and of course the Nagakin Capsule Tower which is apparently negotiating its date with the wrecking ball).

[…] Tokyo represents a paradigm of urban conservation different from that of the Western city, which keeps its building stock as a museum. As renowned urban historian Hidenobu Jinnai states “For a Westerner, the loss of an old building or monument means a total loss, but in Tokyo when something is lost, it seems to have the  power to leave us a message from the past, in lifestyle and spatial structure”. Tokyo has the capacity of renewing its building stock, allowing dynamic changes, but keeping the conditions, the scale and the vernacular spatial practices.

Yet the question is also what will come after these skyscrapers are torn down. Many of them, really, aren’t very pretty, true. But then, does Tokyo need more Roppongi Hills and Tokyo Midtowns?

Update 31 Jan 2013: I just walked past the Grand Prince Akasaka Hotel and took a few shots documenting the progress in the building’s demolition. 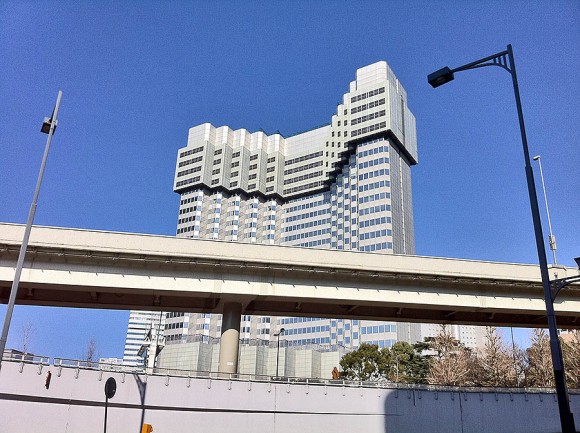 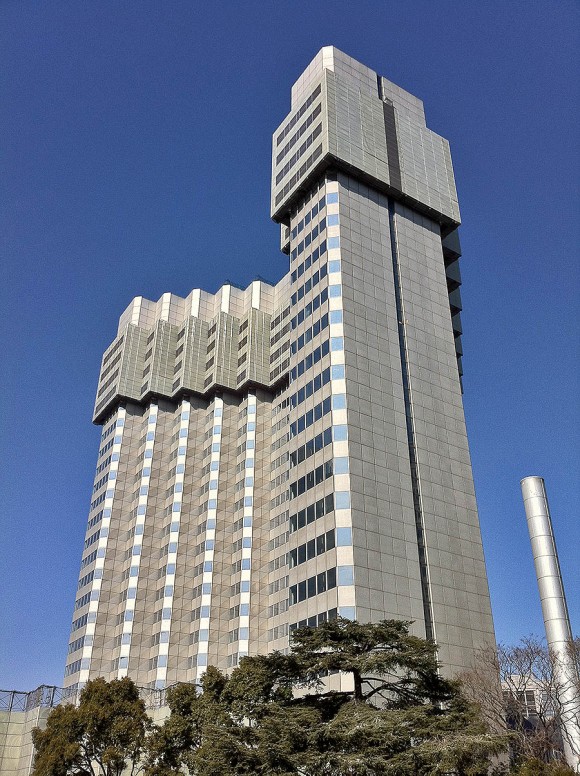