As term is about to start, I wanted to resume posting some lecture summaries of my Global Cities class. Some of the most interesting set of lectures were the ones on sub-Saharan Africa. When we, as a primarily “northern” audience, pick the continent to study slums, it is important and natural to reflect on our inherently problematic viewpoint. Are we, in other words, “slumming it”? 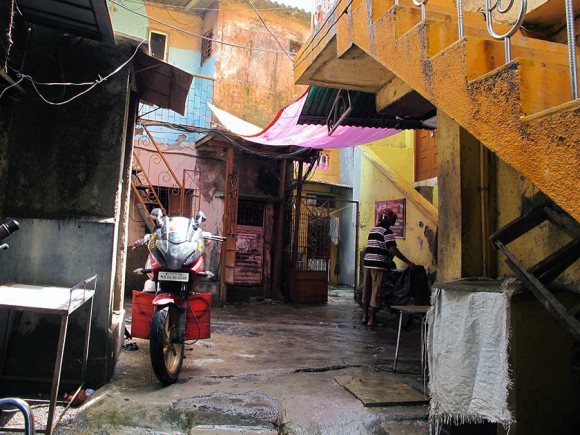 I used the three allotted lectures to have the students perform a research exercise in which they had to find and introduce a journal article of their choice on one of the continent’s slums. Articles they presented included some that investigated happiness, public transportation, sanitation, etc.

My favorite presentation was by a student who found an article on Kibera in Nairobi which found that most slum dwellers found what they were looking for in the slum (economic opportunity) but were shocked and seemingly unprepared for some of the downsides of what life in the slums meant (physical deprivation). (Apologies for not having the reference of the article available.)

Another reading assignment was an Economist article, “Boomtown Slum”, which describes a typical day in the world’s biggest slum — Kibera again — and praises the entrepreneurial abilities of the place’s inhabitants. It is a well-written and well-meaning portrait, and the students really liked it.

The piece is a good example of how we can show slums in a more positive light, as places of opportunity and as offering a relatively better life than in the even more deprived countryside (something that Edward Glaeser suggests frequently in his Triumph of the City). “We should not romanticize slums, but…”, is a typical opener of articles which suggest we can learn from these informal settlements.

The work I do on Tokyo also praises the city’s informality during the postwar period. I, too, ask in how far developing cities, in particular slums, can learn important lessons. Having worked on similar topics in the past, Matias Echanove and Rahul Srivastava sum up some of these thoughts here.

Anyway, there are obviously myriad ways of showing the students the perils of “slumming it”. The most obvious intro to this was to show them a Youtube video on the topic, in which Australian tourists are walking through Kibera.

I have reflected on my own difficulties with the topic a few years ago here when I was shown around Dharavi. The question becomes even more difficult if you have those who research slums being attacked by those who think that’s just a much more sophisticated way of slumming it.

That’s one reason why I finished the course section by having the students read parts of George Packer’s 2006 New Yorker article “The Megacity”. It is a sobering description of life in Lagos and cautions us not to idealize life in the slums. Those that find “spontaneous order”, “adaptability” and amazing self-regulation are usually not the ones having to live here for longer periods of time.

Packer was particularly critical of Rem Koolhaas, who had been researching Lagos for many years and was about to publish a book. Facing Packer’s criticism, he subsequently shelved the project, but airs his very credible defense several years later in this video, which marked the opener to a great discussion and the end of the class on sub-Saharan Africa.

The lesson? By all means, let’s do research on slums, but let’s be aware of our unique perspective and our privilege when doing so. We also need to question whether we are indeed “slumming it”, and worse perhaps, whether we are idealizing abject poverty and treating the poor like rats in a maze.

Most importantly, though, we must question and critique the conditions in which slums are able to exist in the first place.