I have been teaching at Temple University’s Japan campus for more than a year now and still haven’t written anything on this blog here to reflect on this amazing experience. This shall now change with some thoughts on the most recent course I teach called “Metropolitan Tokyo”. 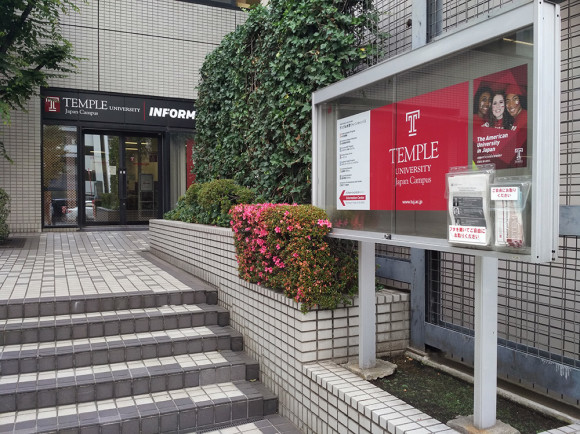 The class has a venerable history at TUJ. It started off more than a decade with Roman Cybriwsky, who has written extensively on the city’s history and, notably, on Roppongi. Geeta Mehta of URBZ also taught the class a few years ago when she was based here.

“Metropolitan Tokyo” is offered in TUJ’s Asia Studies department, and can be taught in a myriad ways. With each new instructor comes a new focus and style of teaching. My specialization is economic history, but I try to make the class as interdisciplinary as possible reflecting my curiosity in the city.

This blog has already been a treasure trove in the preparation of some of the lectures, as has been my ol’ 1945-1975 Tumblr for some visual backdrop to the postwar period. I want to spend the next few busy weeks reflecting on the first term of the course, so that by the second time I run it in the summer, I have a good structure in place to improve the lectures from.

Ultimately, I will post the syllabus and the slides on this blog, too, in the hope that the study of this amazing city can be helped by a spirit of open-source and collaborative exchange among its researchers. After all we’re talking about an urban behemoth the size of a G-20 economy with scientific communities around the globe interested.

For now, a few words on how I structure the course. There are about 35 1-hour lectures, which I have divided into six overall themes. The first few classes contextualize Tokyo and the various notions of the city, e.g. the wards, the prefecture and the urban agglomeration. Several research methods are introduced to get the students thinking about their assignments.

The second part of the course charts the city’s history from Edo until today and is organized chronologically. Here I also had two amazing guest lectures by Dr. Maho Ikeda and Dr. Chelsea Szendi Schieder of Tokyo Metropolitan and Meiji Universities, respectively. An emotional highlight was the discussion of Tokyo’s Firebombing given the large contingent of ex-servicemen and women in TUJ’s student body.

The third part of the course looks at some more famous areas. Beginning with Roppongi, we investigate Yanesen, central Tokyo, Shimokitazawa, Shibuya and Sangenjaya using a particular lens, e.g. gentrification, neoliberal urbanism, civil society and cultural appropriation. Sangenjaya is on the list because, well, TUJ will move there as of next academic year.

The fourth section is called “ordinary city life” and includes the reading of two anthropological ward-level studies, i.e. Dore from the 1950s and Bestor from the late 1970s. It also touches on urban manufacturing in Ota, a lecture on danchi as well as one on suburban living.

I look forward to the fifth part, where we will cover place-making, memory and symbols — admittedly a very broad cast for some very varied topics. Jordan Sand’s Tokyo Vernacular, Paul Waley’s discussion of the shitamachi, a great new edited volume on literary memory as well as symbolic architecture will be discussed then.

Finally, we wrap up with some student discussions as well as two synthesizing lectures, one of which will be on the continuities between the Olympics 1964/2020. I am still debating whether I will invite another guest lecturer, and if so, who.

This for now. I also hope to put up some reflections on having taught a political economy class four times in a row (!) as well as one development economics class last term. Finally, I wish to share some reflections on how it feels being a teaching academic and what that may portend for the future.