This blog has been silent for over a month (for a variety of very good reasons), and before substantial posting resumes very shortly, herewith just a few notes for my records. 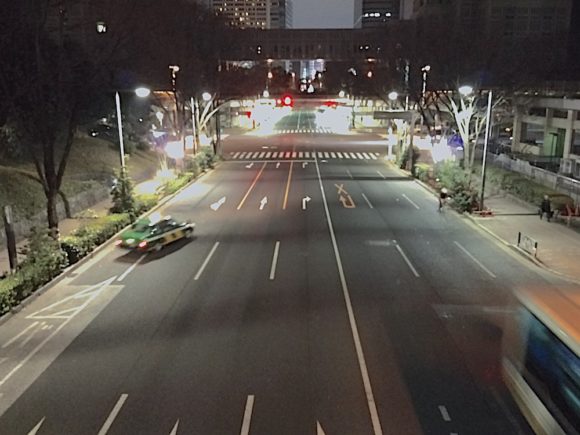 We decided to stay in Japan for Christmas. This allowed us to travel a bit across the country and get to know parts we hadn’t seen before. A five-day trip took us to Kobe, Osaka and Mie Prefecture. We wanted to see Ise Shrine so we stayed nearby in the seaside town of Toba.

One day/night does not do it justice of course, but we did get a good vibe from Kobe, especially walking around Chinatown and adjacent districts. One highlight certainly was the 1995 Earthquake Museum which brought the disaster back to life but put a great focus on the not always so easy process of reconstruction.

The next-door Tadao Ando art museum was the first of two of his works we would see on this trip, just a few weeks after we had been to his “solo show” in the National Art Centre in Tokyo.  The other, smaller but more impressive, building was the Shiba Ryotaro Memorial Museum in Osaka with the most amazing bookshelves one can possibly imagine. Osaka deserves more than just a passing note, and I will return there a few times this year for academic business.

We did not see much of Toba, instead spending two days inside our hotel and sampling plenty of the local seafood. Just before heading back to Tokyo, however, we visited nearby Ise Shrine. It was a busy day, but the place still exuded surprising serenity. So much has been written about this place that there is no need to say much more here apart from: it’s very well worth the trip.

After having spent Christmas with friends in Tokyo, a friend invited us for New Year’s to her parents’ weekend home in Izu, about 2-3 hours southwest of Tokyo. This was the first time we experienced this festive time of the year with a Japanese family. We were extremely happy to experience the amazing hospitality, not to mention the copious amounts of food that this entails!

We spent early 2018 moving house in Tokyo, from our base of two years in Nakano to Shinagawa near Musashikoyama. We now live in a house, one that is three meters wide at that, which is ironic given that I have written about these micro-homes on this blog before.

With a few weeks under our belt in these new environs, we can already say that we really like this part of town. Ebara is different from Nogata (our former neighborhood in Nakano) of course. It’s a lot more blue-collar here given that we’re right in the ward area’s southern manufacturing belt that stretches from Meguro to Ota.

The nearby shotengai shopping street is a real Tokyo original and it is a pity that the busy vicinity of the station has recently been cleared to make space for yet another high-rise residential development. But discoveries are still to be made and include the best-so-far pizza in Tokyo, a great onsen and plenty of other spots.

Much of the rest of the time has been taken up by thesis writing. Progress is real, and a proto-chapter on the economic history of Tokyo has left the workbench for some feedback. This allows me to move on to the theoretical part of the literature review. I have found some previous blog posts a nice inspiration to turn to when I hit writer’s block.

I have also started teaching a new class at Temple University’s Japan campus called “Metropolitan Tokyo”. In it, I present some themes with which to approach this city. We’re quite a big group of 25 students, but I believe it has kicked off very well.

More on all these threads in due course. I am planning a post on the course just mentioned, some updates on my dissertation, a little portrait of Ebara, as well as more photos from recent trips. Another one is upcoming in two weeks — I will go to China again for a few days of inspiration and meeting friends. Hopefully also to fill above backlog.