A short walk away from Tokyo’s Gokokuji station, Kiyonori Kikutake’s Sky House (1958) is a small yet very important residential building in Japanese post-war architectural history. Here, important early meetings took place between the Metabolists, of which Kikutake was a founding member. The architect himself lived here until his death last year. 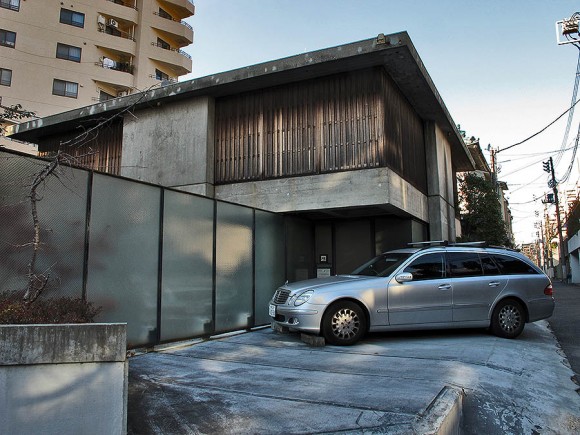 Kikutake built the house on stilts and in true Metabolist fashion provided flexible solutions for future changes to the requirements of the house, e.g. when his children were born. New capsules were added below the main floor, aided by the slope the building is occupying. Other elements of the house changed over the years, too, such as the location of the different rooms. The interior shots shown here are fantastic.

There was not much to see for an interested pedestrian like myself, understandable given the fact that this is a private residential building. 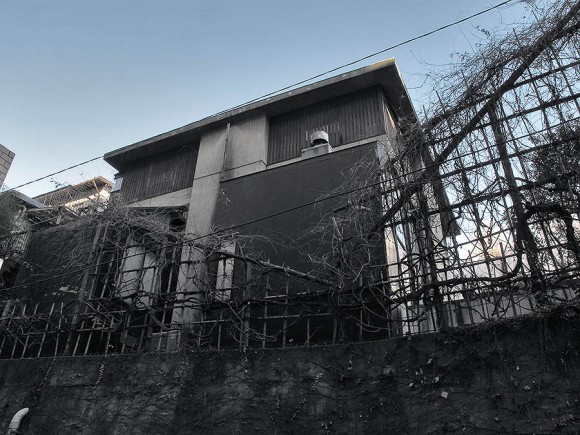 This Vimeo video does a great job at showing the successive changes:

Kikutake is probably most famous for his designs of marine metropoles – arguably the most important contribution of the Metabolists. They were conceived as (mainly) theoretical answers to the pressing questions surrounding Japan’s post-war economic rise: unbridled urbanisation, lack of space and problems of transportation all the while sitting on the world’s most active tectonic formation. The Metabolists argued for whole parts of Tokyo’s population to move to the open sea.

Of these futuristic designs, only one (Aquapolis) ever got realised albeit in a very modified form for the 1975 World Expo in Okinawa.

The Rotarian magazine said back then:

Now I must write a few lines about EXPO ’75’s fabulous and futuristic sea-surface city, Aquapolis – a functioning, floating prototype for a self-contained marine community that will no doubt be used worldwide before the end of this century!

Aquapolis will hold as many as 2,400 visitors at a time in its spacious exhibition rooms, Central Hall, observation galleries, and in its vast 10,000 square-meter upper deck plaza. Its scale is in keeping with its role as the nucleus of of EXPO ’75, and later it can be used for any number of purposes while operating indefinitely, completely pollution-free within its oceanic environment.

Aquapolis models the creative possibilities of a new human environment. It indeed suggests the challenge of the future of the seas and is a fitting symbol of advanced technology, of colour and excitement, and full of limitless imagination embodied in EXPO ’75.

A great obituary about Kikutake was written by James Westcott of AMO, the think tank of OMA.