Jyo-Senji is a temple of the Hommon Butsuryu sect of Nichiren Buddhism. It can be found near Shibuya station, on the way towards Daikanyama. It was built in 1965 and stands in stark contrast to the Reiyukai temple I visited earlier. Its courtyard arrangement, with classrooms, offices and several halls, invites associations of community rather than awe and authority. 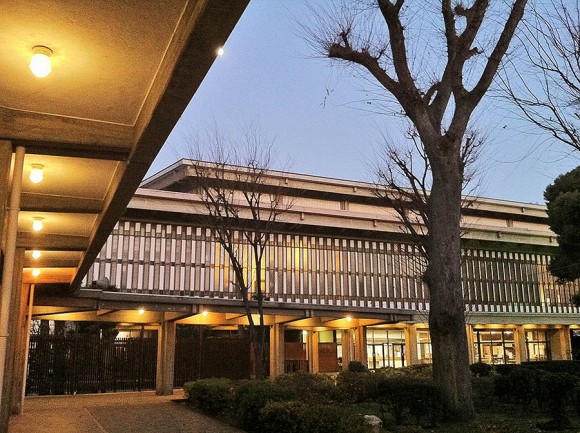 I arrived just as the sun was setting at 5pm and could thus attend part of the evening worship in the main hall, a large space for about 300 people, filled with about five souls. The interior looked unchanged from the sixties – the nearby trendy shops in Daikanyama would probably be licking their fingers for the retro-chic furniture. Interestingly, the original temple was located in Azabu but got destroyed in WWII. 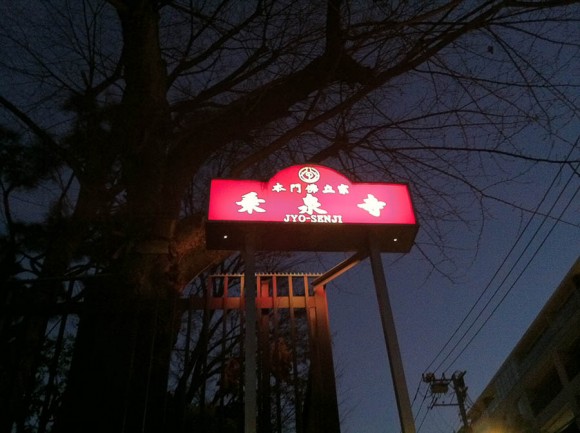