We spent some days in Hong Kong recently. The city is certainly as photogenic as one would expect. Below some impressions taken with my phone camera. 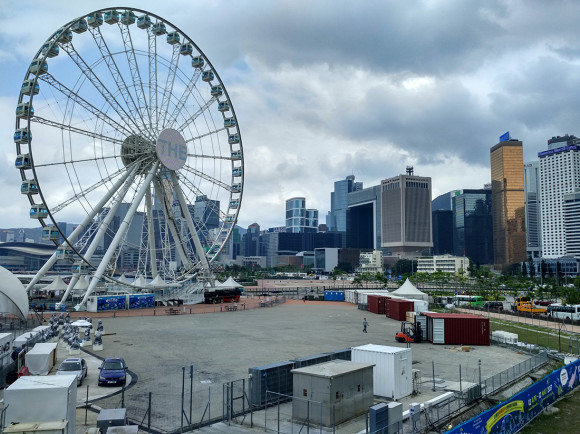 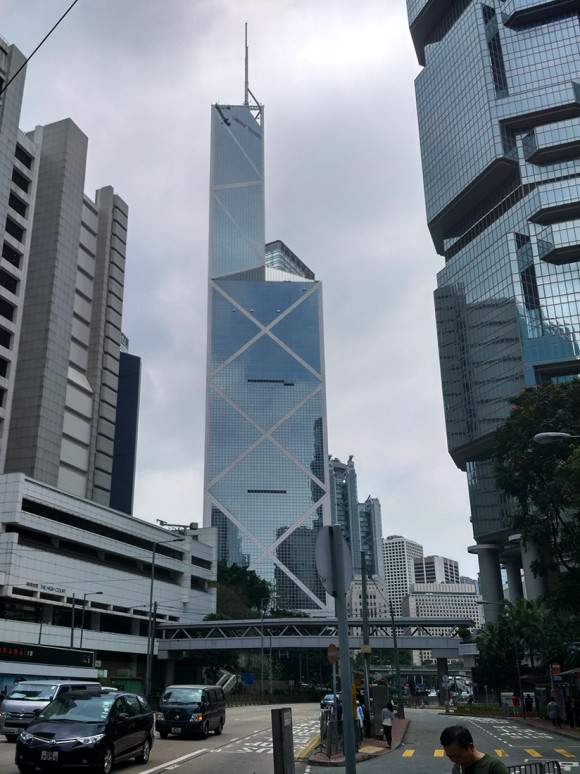 First off, the obvious: The city is a paradise for architecture buffs. The Bank of China Tower (by I.M. Pei and Partners) is one of my favorites, along with Foster’s HSBC Building, seen on one of the panorama shots below. 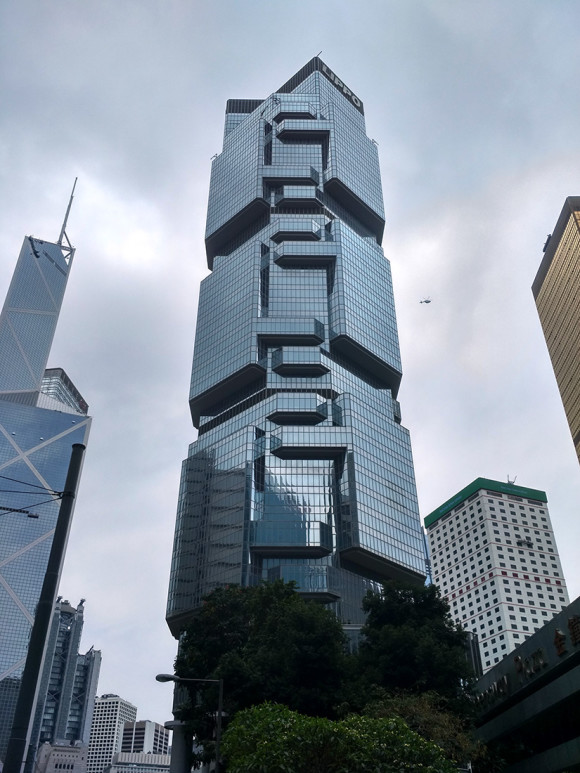 This is the very cool Lippo Centre by Paul Rudolph, quite obviously from the late 1980s. 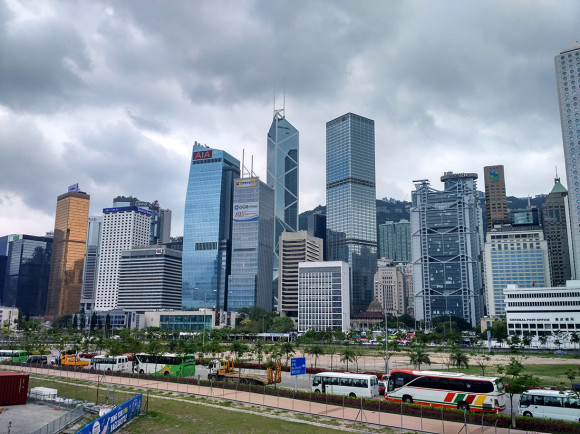 This panorama shot was taken from near Star Ferry pier. Visible here are the Bank of China Tower and the HSBC Building to the right. At night, the skyline lights up thanks to plenty of LED and neon, a bit too much for my taste frankly. 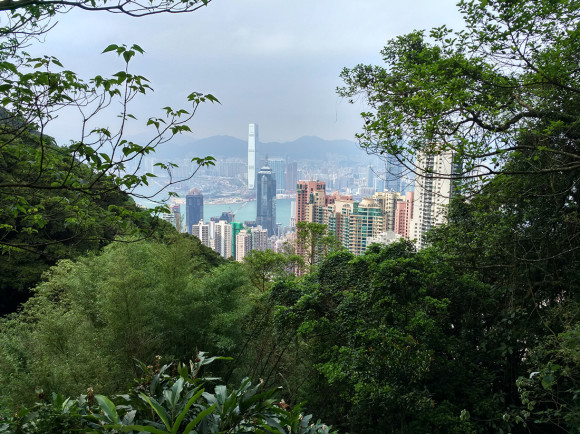 A major selling point of Hong Kong is the sheer abundance of green space. This here is a shot from the height of Victoria Peak. It really drives home some inevitable dynamics of the real estate market in this city, with so little land fit for construction on Hong Kong Island due to the steep incline. 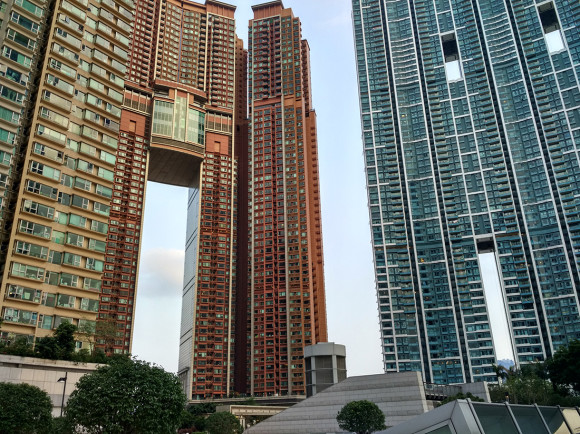 We stayed in Kowloon, and managed to go up on the super-tall ICC a few times. The adjacent condo towers, including ours, were huge in their own right. I am not sure I understood it correctly, but the holes in some of them are allegedly there for feng shui reasons. Another peculiarity of Hong Kong tall buildings were the refuge floors where inhabitants or workers can gather in the event of a fire. 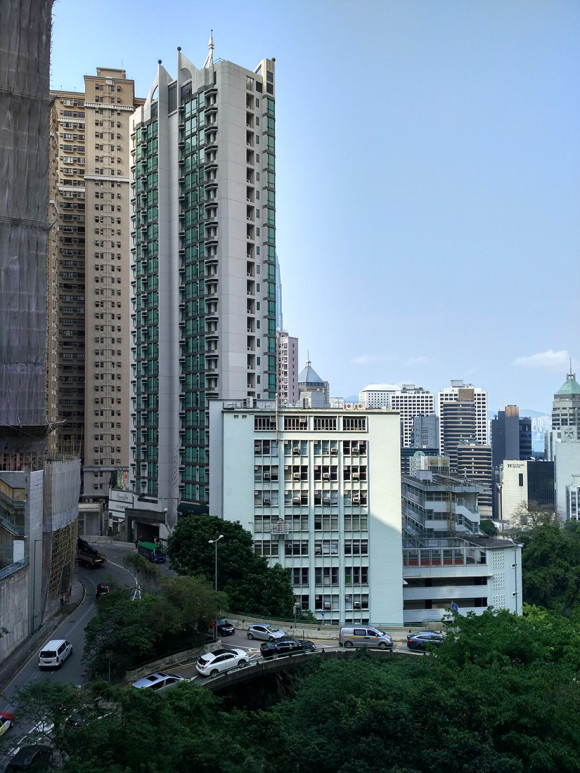 This is Raymond College, in the middle of large condo buildings and highways. 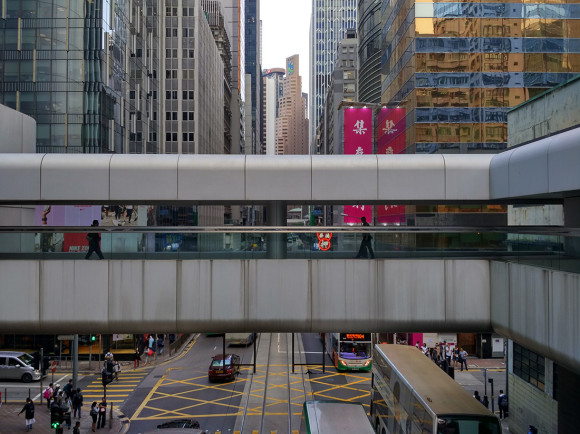 A more typical shot of Hong Kong from a pedestrian bridge in the Central area. These bridges typically connect shopping centers and office blocks across the busy thoroughfares. This helps during inclement weather. 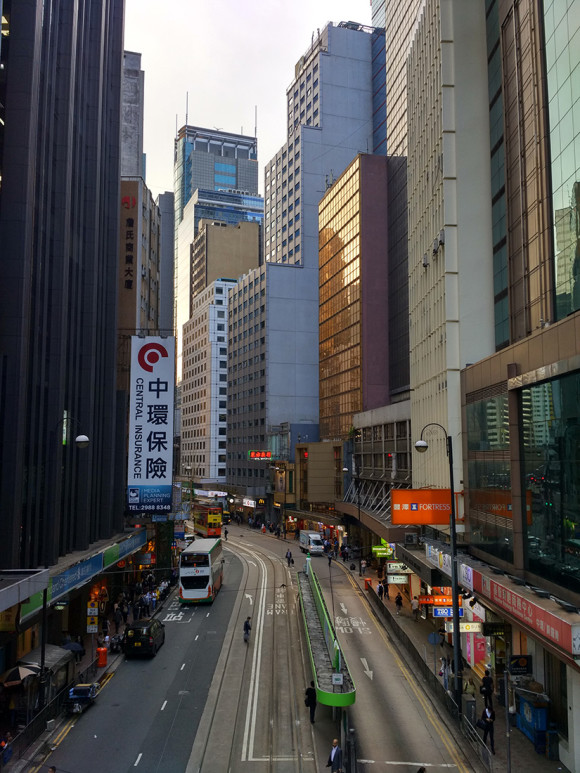 A lot of the city’s central public spaces are “occupied” by the thousands of domestic helpers, primarily Filipino nannies, every Sunday. This was one of the stranger sights in Hong Kong: lots of (white) babies’ prams pushed around by young women from South East Asia. After all, many of the comforts of being an “expat” (i.e. a primarily white labor migrant) in this low-tax paradise are based on the availability of cheap labor. 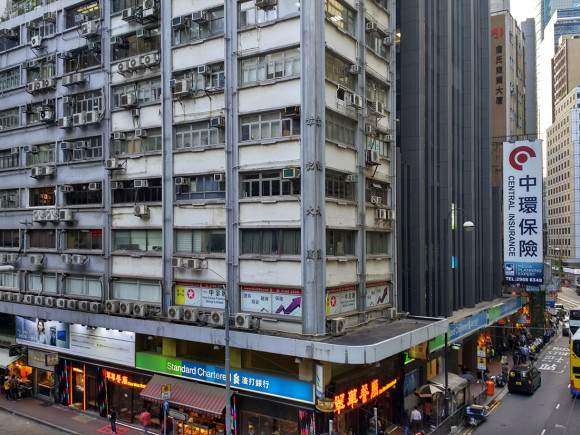 Those who move here from the Mainland often feel “emancipated” – no doubt the relative political freedom and the urban amenities help. At the same time, Hong Kong is one of the most unequal places on earth, with median incomes here not taking you all that far on your journey to homeownership. Tensions with Beijing are also increasingly unnerving the local business community. 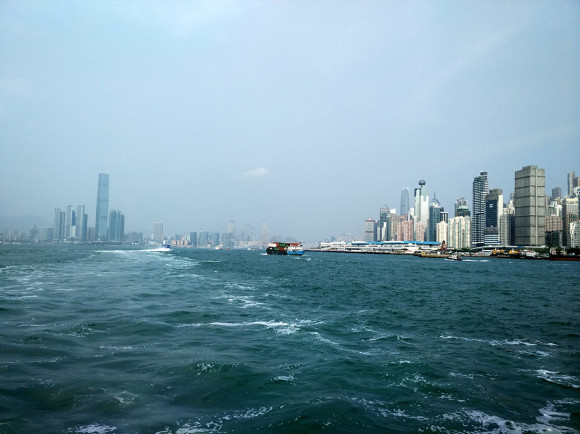 A boat ride is must-do activity. We took a ferry to Lamma Island, where a major clean coal power station is a reminder how power-hungry big cities such as Hong Kong are. 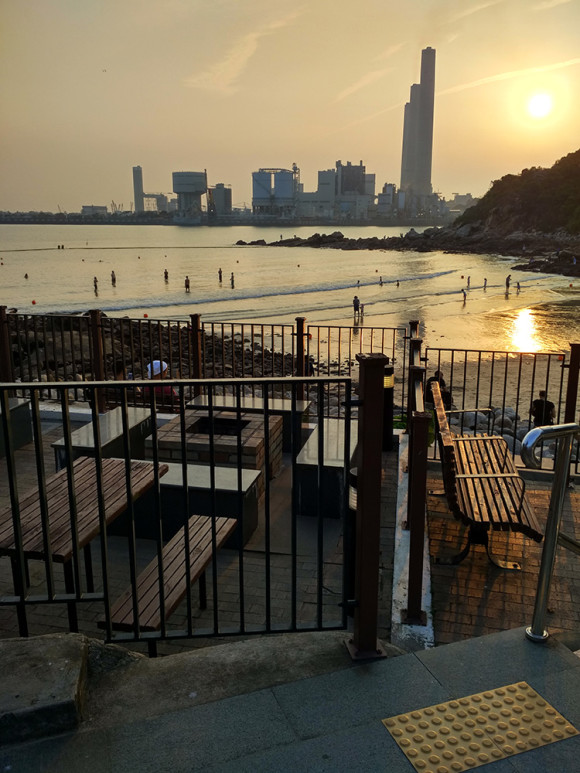