A small but insightful exhibition currently on show at the Toto Gallery Ma introduced me to the works of the Japanese architect Shigeru Ban. His innovative use of wood and paper as well as his humanitarian engagement make his works accessible to a much wider audience than just architects. 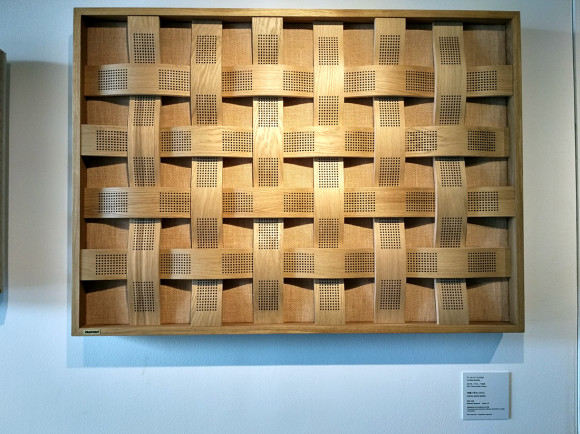 First off, yes, Toto is the heated toilet seat Toto. The gallery is part of their social program and intends to help educate people on design and architecture issues. It is located near my university, GRIPS, and right next to the Nogizaka Chiyoda line station. Spread over two floors, it has a nice little outdoor space which, for this exhibition, has been “covered” with one of Ban’s innovative wooden structures. 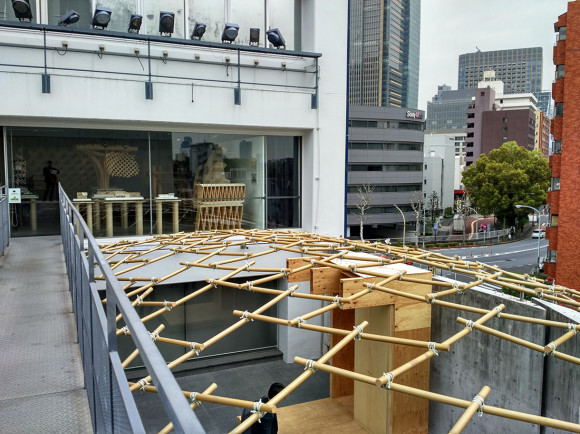 The exhibition, called “Works in Progress”, focuses on the construction process of the architect’s current projects. The centerpiece is La Seine Musicale, a large concert and cultural hall on an island on the Seine, west of Paris. It just so happens that yesterday was the official inauguration with a Bob Dylan concert. 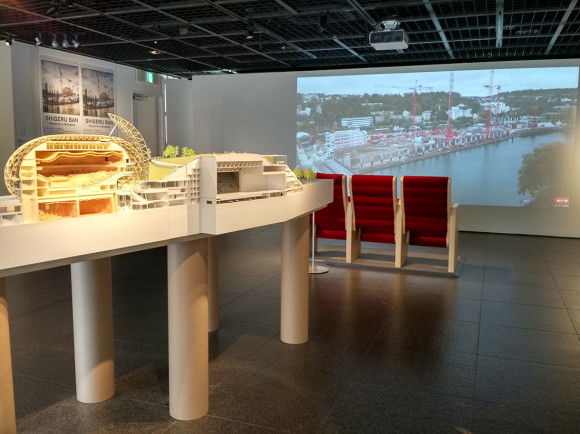 Ban’s trademark style — if one can say so — is the innovative use of paper and wood. This allows buildings to be cheaper, built more quickly and easier to dismantle and recycle. It also taps into a deep Japanese tradition of using wood as the main construction material for residential housing. 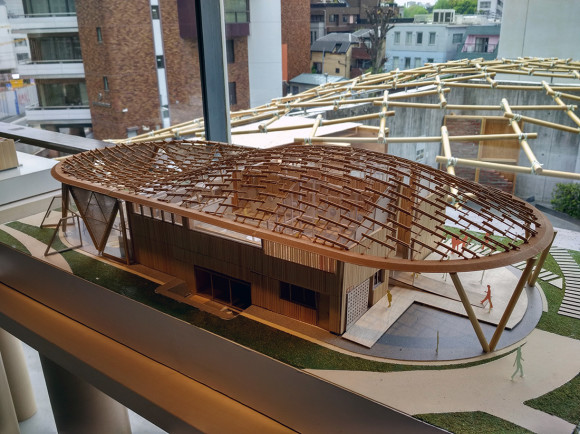 Wooden housing accounts for about half of all housing starts in Japan, but reaches 80% when considering only detached houses. The scarcity of wood was one of the major reasons for the slow reconstruction of Japan’s cities in the postwar period.

60% of these wooden detached homes are built by small firms of carpenters. However, as a recent housing report notes, the number of skilled carpenters has been declining as of late.

Part of Ban’s innovation then also lies in combining traditional building materials with modern production technology. This is evident in his temporary post-disaster residential units, which consist of pre-fabricated modules and can easily be assembled without a professional carpenter at hand.