I have been meaning to stay on top of developments in the EU regarding paid-for investment research. It looks as if Sam and I could have had an easier time winning clients with new legislation kicking in soon. 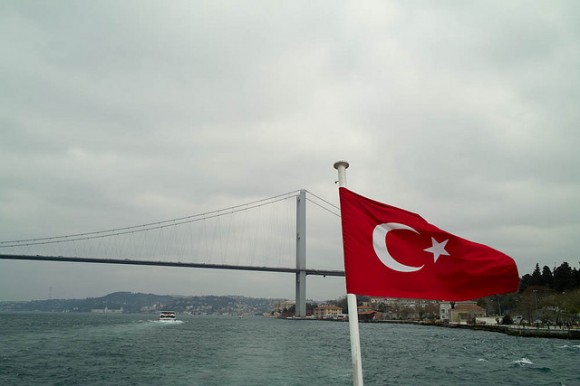 On the Bosporus, Istanbul, Turkey

Buyside organizations spend a good deal of money on third-party research. A significant part of external research, however, comes from the big investment banks’ internal analysts, who are (still) numbering in the thousands.

Investment banks get paid for that service on a commission basis in a so-called “bundled model” typical of the industry. Essentially this meant that by virtue of trading with the bulge bracket banks, you have access to their research, the bigger and more flow you throw the banks the better.

By research I do not only mean analyst research and hundreds of PDFs in your inbox every day, but also corporate access and, most importantly in my case as a political analyst in emerging market fixed income, trips.

The EU will introduce new legislation in 2018 that will force asset managers to disclose to their clients how much they are paying for research. What had previously been an unspoken arrangement will now have to be laid out in detail. Some, including Stuart Kirk (of Deutsche Bank, previously the FT’s Lex editor), think this is actually a blessing in disguise.

The really good research departments will now be able to show their real worth. Many others, however, will struggle. Too many emails aren’t opened, reports unread, and research too marginal to be profitable under a stand-alone model. Inevitably many jobs will be axed.

Some while ago, Sam and I tried to build a research consultancy that organizes macro access trips for EM fund managers. We organized trips to Asia (India, Malaysia, Indonesia, Thailand, China), Latam (Mexico and Brazil) as well as the US. We used our networks in these countries to put together great agendas, stacked with people from government, business and academia. These included former central bank chiefs, famous fund managers, corporate executives and political science professors.

Part of our value-add was that we were not simply putting together trips and chaperoning investors from meeting to meeting but that we could also be active participants in the debates. We could steer discussions in a certain way if need be, or put our insights from other countries to good use in new and often surprising contexts.

We were up against the big investment banks that I would go on trips with as a buy side analyst. Would I have used our services back then? After all, I could go for “free” with the big banks, and their access was definitely very good (depending on the bank and the country in question).

However, if I had to write a check for a three-day trip to, say, Turkey, I would have had to think twice and looked around for alternatives. I am sure that our low overhead and preferential access to top thinkers would have made Sam and myself very competitive.

Unsurprisingly, many predict a boom for independent sellside research. Their market share will undoubtedly go up. Companies like IHS, BCA etc. will keep growing aggressively and building suites of research services that already match those of the biggest Wall Street players.

However, smaller shops, also such as Global Frontiers, will continue to struggle to access the big fund managers. It is expensive to comply with their regulations. Jumping through the bureaucratic hoops of becoming an authorized counterparty often takes frustratingly long and requires efforts and skills that many startups simply cannot afford. At the same time, buy side analysts often do not have the spending authority to write checks to smaller vendors.

And yet, as the playing field becomes more even, there could be room for some exciting entrepreneurial talent. This goes for tech and distribution (see Street Contxt), data (see my friend Tugce at Streetbees) and many other initiatives.