We took the Toden Arakawa line this weekend. It is Tokyo’s last remaining tram car service, connecting Waseda with Minowabashi in Arakawa-ku. A few pictures after the jump. 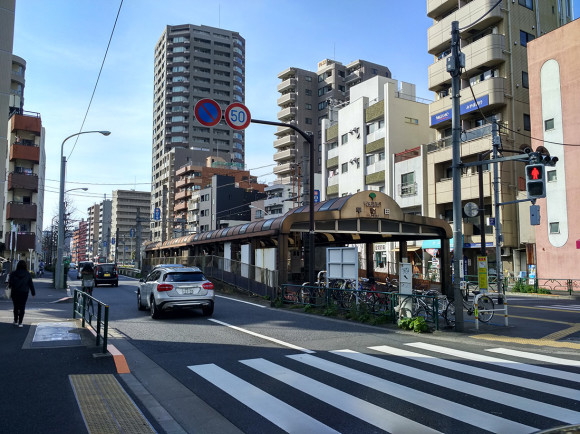 Getting on the tram at Waseda

Toden (short for Tokyo-to densha) used to be a major form of urban transportation in the postwar period, when many lines traversed the inner city. They were gradually dismantled as the city became more motorized and as the metro network expanded.

In its heyday, the system had almost two million riders a day, with more than 40 routes along 213 kilometers of track. Click here for a nice shot from Ginza circa 1960. 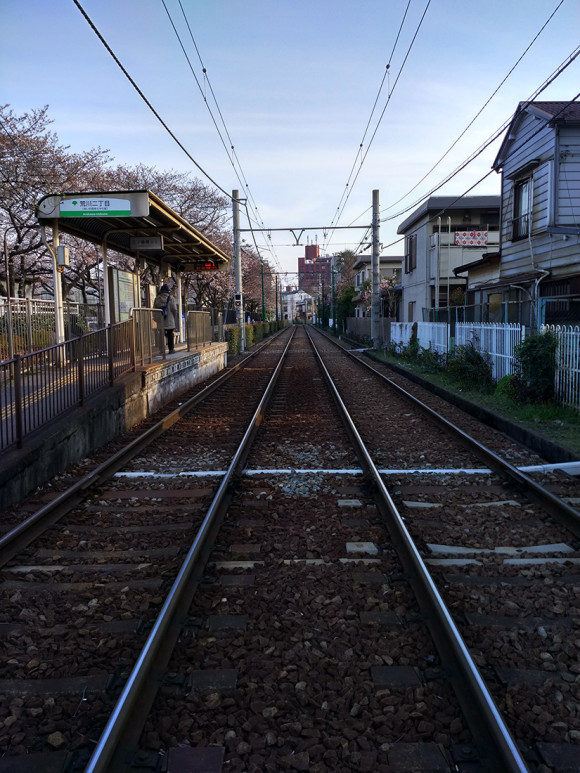 There are several former substandard housing districts along the railtracks, so I decided to have a look. (I wrote a little about my work on them here.) The survey I am currently looking at is from 1959. By 1973, most of these “slums” had already disappeared, so it’s not surprising to see virtually no trace of these areas’ past today. 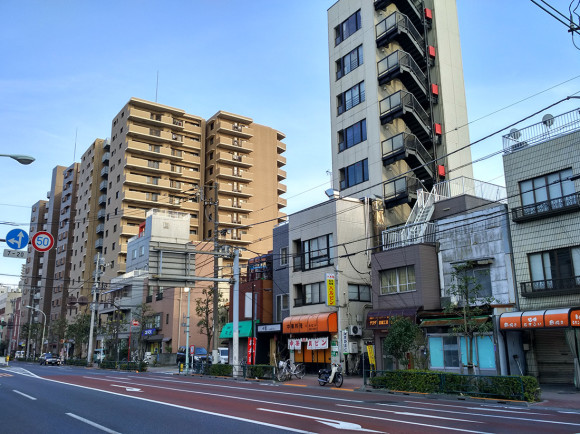 This former substandard housing block has the same typology as many major-street facing districts (Meiji Dori). There are some relatively high-rise apartment blocks, whose development may have benefited from a clearance project as well as a zoning regime that permits a higher floor count in these locations. 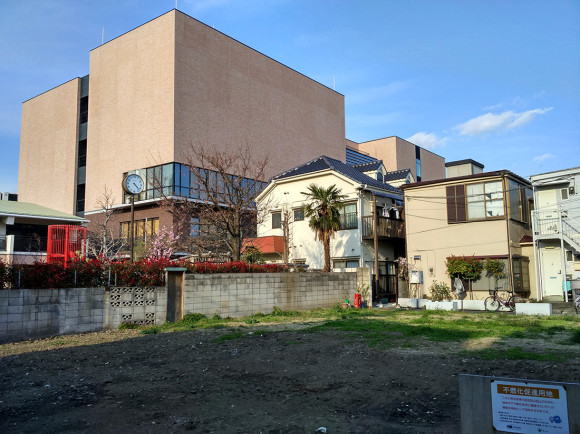 Many of the former substandard housing districts gave way to public infrastructure, e.g. schools or parks, as below. 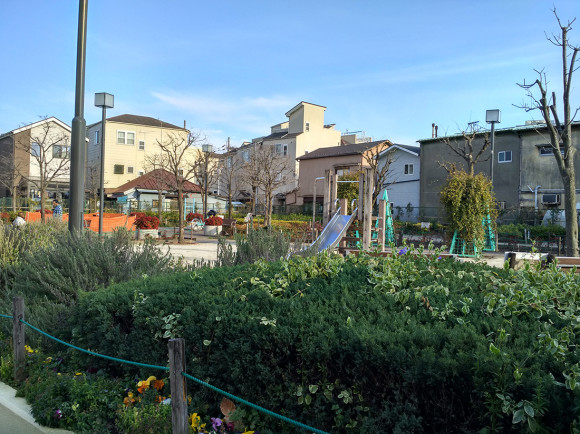 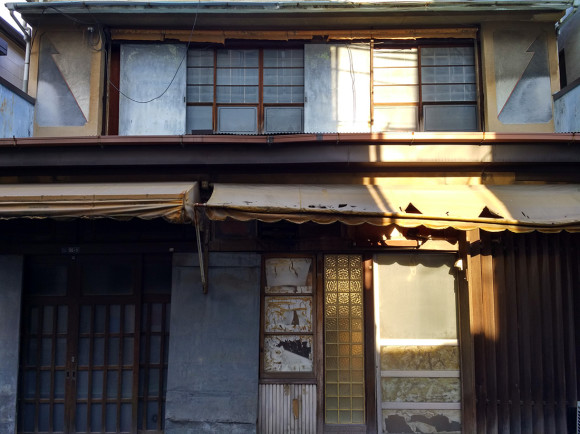 Some of the buildings could have predated the 1959 survey, such as the one above. It looks as if it had been a relatively solid construction at least at inception, so it may have escaped the wrecking ball back then, although it looks fairly substandard today. 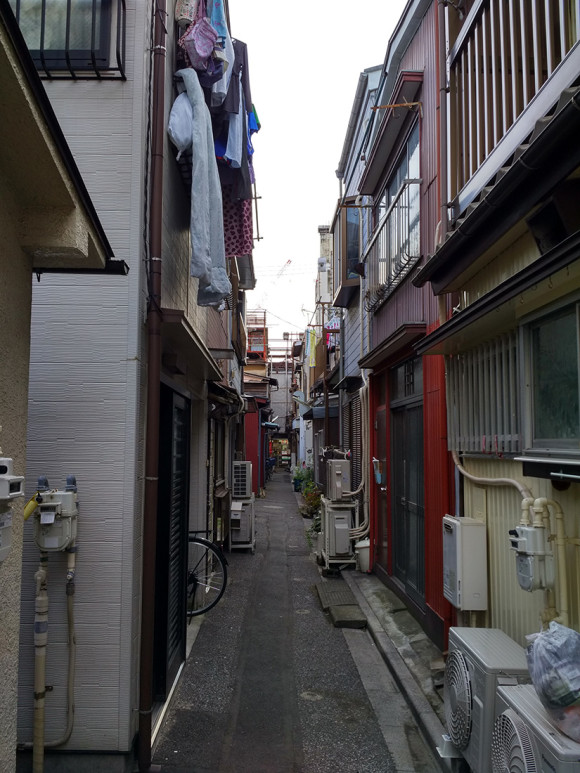 This is taken inside one of the largest substandard dwelling areas, which actually consisted of several adjacent blocks. The area, close to the Toden Arakawa sen’s final stop, still exudes a very working class vibe. While the buildings are today mainly single-family homes, they used to be multi-family buildings back then, with several households crammed in very little space. 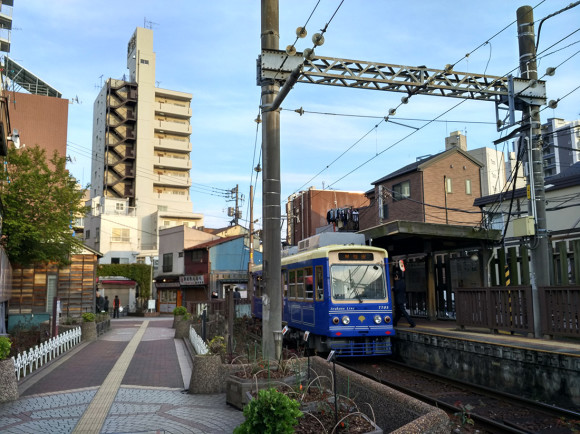 Done! From here, fortified with a cold beer and some gyoza, we made our way back to Nakano.