In his Building Merdeka: Independence Architecture in Kuala Lumpur 1957-1963, Lai Chee Kien introduces the reader to the architecture of this period. Contrary to many other newly-independent nations, it was mainly local architects that reconciled modernism with a distinct indigenous architectural style. 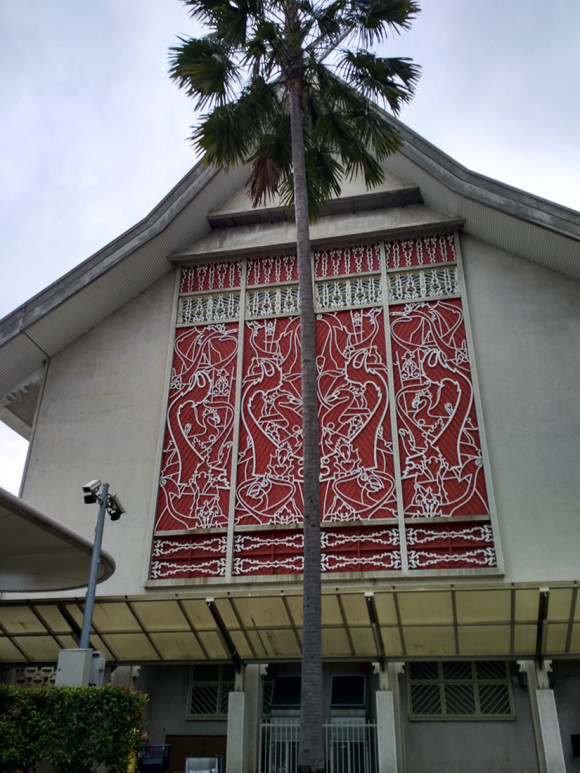 The National Museum (1963), as a “focal point for the development of the national culture”, is encircled in noisy construction for a new transport line. However, a visit is still very worthwhile, not just for the building itself, which is of an eclectic vernacular design by Ho Kok Hoe. 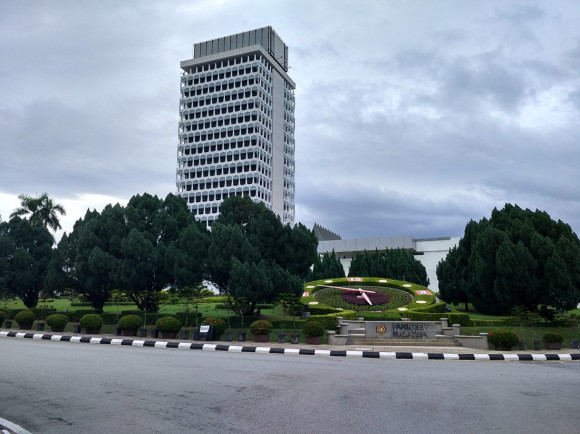 The National Parliament (1963) has a more classic modernist style. That is no surprise, given that it was built by British architect Ivor Shipley. Although most of the government’s activities have been relocated to nearby Putrajaya, the parliament still convenes in this location, slightly isolated from downtown KL and unfortunately inaccessible to a straying tourist like myself. 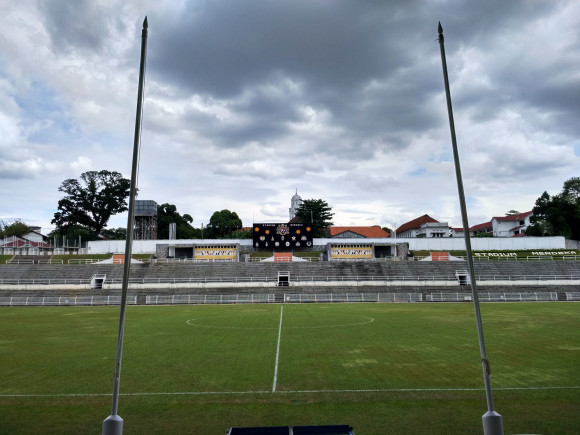 Not so the Stadium Merdeka (1957), which one can access despite the noisy construction going on right next to it (a theme for KL, it appears). Together with the adjacent Stadium Negara, it symbolizes a “healthy mind through a healthy body”. A permanent independence exhibition adorns the walls inside the main entrance building. Not coincidentally: It was here that the main independence celebrations took place in 1957. 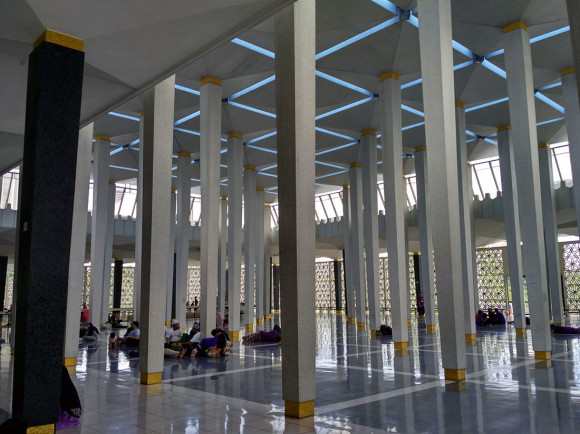 The National Mosque (1965) is a monument to the “freedom of worship”. With Islam the official religion of Malaysia (over 60% of the population are Muslim), a national mosque was conceived a central part of the nation-building architecture. It’s a great place to stroll around, strike up a conversation with the faithful, and marvel at this beautiful expression of religious modernist architecture. Recently built mosques are more reminiscent of an imported Arab style, and perhaps not as interesting architecturally. 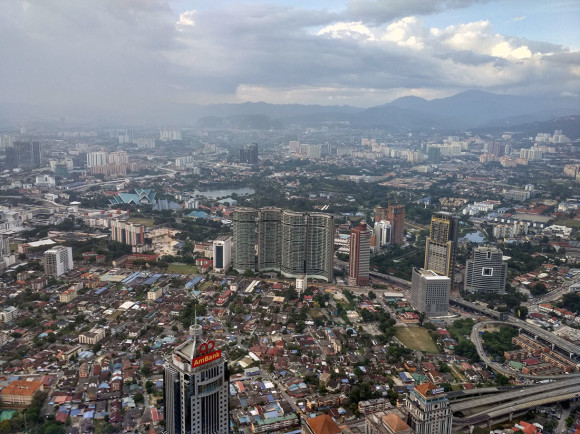 I did not have the chance to visit the National Visual Arts Gallery (1958), but I could spot it from atop the Petronas Towers. It is the low-rise building with the interesting blue roof in the left of the photo. I also zoomed by it in a taxi.

There are many more Merdeka-era buildings in KL, including the university colleges, the National Monument, the Language and Literary Agency and others. This leaves something to do the next time I visit the city.