We just came back from a two-week working holiday in Thailand. Our main aim was to escape the humid Japanese summer and find a place suitable for some concentrated work. We still ventured out of the hotel room, so some observations from Phuket after the jump. 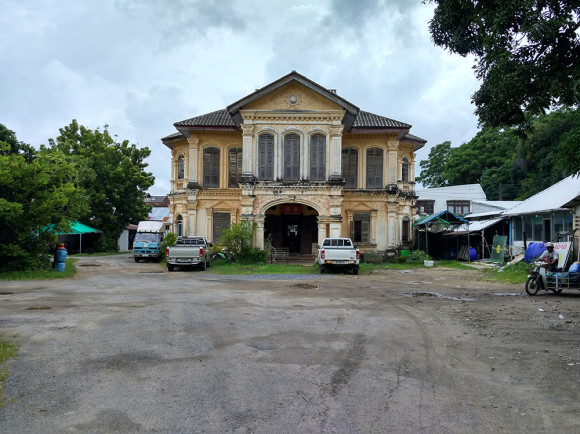 The highlight was definitely Phuket Town, the island’s capital. Overlooked by the tourist masses, it has retained a certain charm thanks to a nice blend of Sino-Portuguese heritage buildings, good food and a bustling street life.

One of my classmates is from here. We overlapped by a few days so he and his dad took us on a great driving tour of the city. His family arrived here in the early 1980s. The transformation of the island’s economy over the last decades must certainly have been tremendous. There is seemingly no area left that isn’t built up. 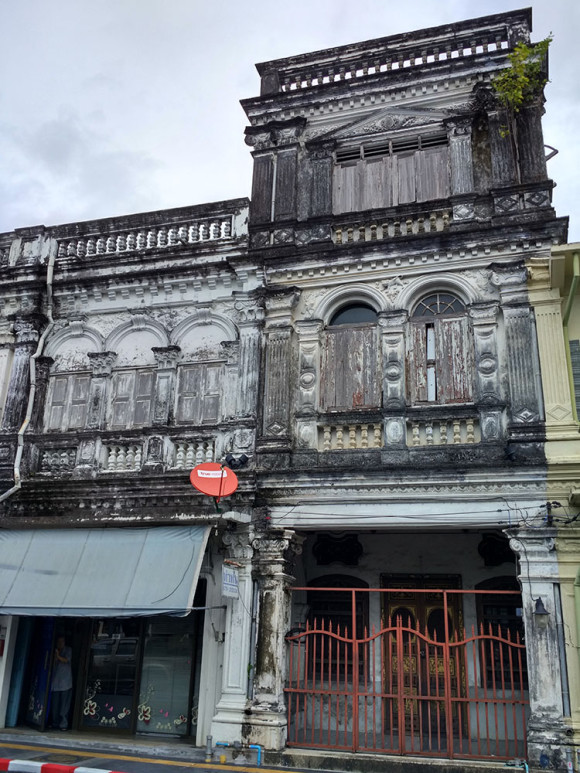 Standard Chartered Bank opened a branch in town in 1910, and the building has recently been restored to its former glory. Others are still awaiting renovation (such as the two above), and the soot and mildew transported me back to parts of Yangon. 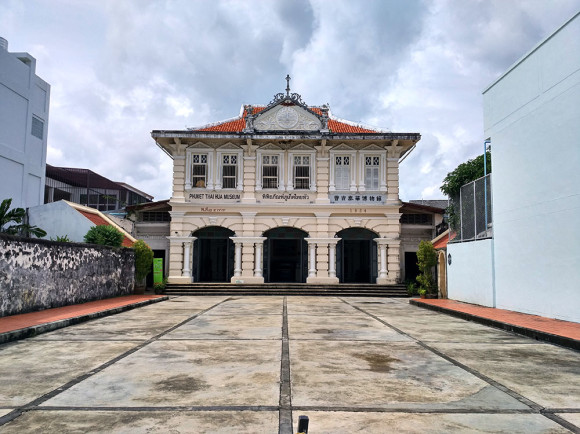 Phuket grew thanks to tin, which Chinese laborers extracted and merchants traded across the world from the late 19th century onwards. In this, the town’s origins mirror that of Kuala Lumpur, which also owes its founding to the metal. A former Chinese school (above) has been converted into a museum commemorating the community’s history — well worth a visit. 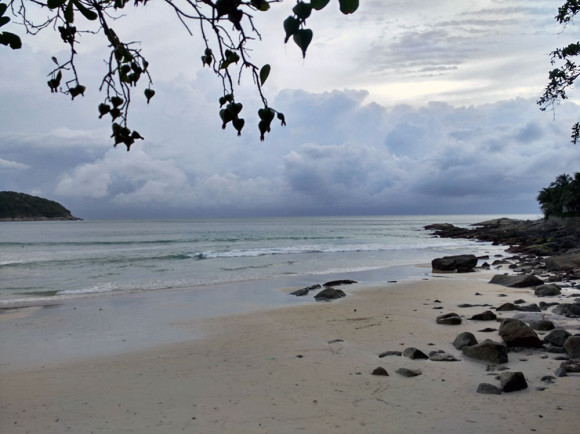 We did spend time at the beaches, too and explored some of the touristy sights by moped. Phuket has a certain reputation, but come to think of it, I really liked it. The food was excellent, the beaches pretty and the space conducive to concentrated work — all in all a great two-week breather from Tokyo small-apartment living!

The tourists were mainly split between Chinese, Russians and Western Europeans. With Branko Milanovic’s Global Inequality in the back of my mind, this was certainly an interesting mix. European tourists to Phuket these days come here for the affordable mix of sun, beach and party. It can well be cheaper to come here on a charter flight than spend two weeks at the Mediterranean at the equivalent comfort.

A growing Russian middle class (now somewhat squeezed due to the economic crisis and ruble devaluation at home) is no longer content with the Black Sea or Turkey — they too have the money to come further afield. Perhaps the most important change (at least compared to 2002, when I first came to Thailand’s south) is the rise of a travel-hungry Chinese middle class.

So you have here the middle classes of the developed and emerging world come together. I brought up Milanovic’s book because in his analysis the rise of the middle class in the developing world is ultimately behind the wage stagnation of that in the West. It’s not that these thoughts accompanied my every hotel breakfast, but they certainly popped up!

Another thought was related to my Global Economic History class and its focus on “intra-Asian trade”. My professor contends that despite the onset of colonialism, intra-Asian trade has always been more important and bigger in size and volume than any other global trade relationship. A re-reading of the history of the Bay of Bengal as well as Chinese trade history is also what is needed to understand contemporary flows of people, capital and ideas.

I had to think of this when flying with Air Asia, a low-cost airline with a remarkable recent history of expansion, and looking at their route network. The many Chinese tourists that can afford to fly to Phuket are certainly one facet of this, but there are so many other and older links you can retrace by looking at the airline’s route network.

Take out Australia and it feels like a synopsis of Amitav Ghosh’s oeuvre or Sunil’s book. Our work on Yangon echoes through this map too. Air Asia also flies to Yangon of course, from KL and Bangkok. One connection that isn’t on the above image is Air Asia’s link to Tehran, which it resumed in June this year after a four-year hiatus, and which also retraces centuries of contact. 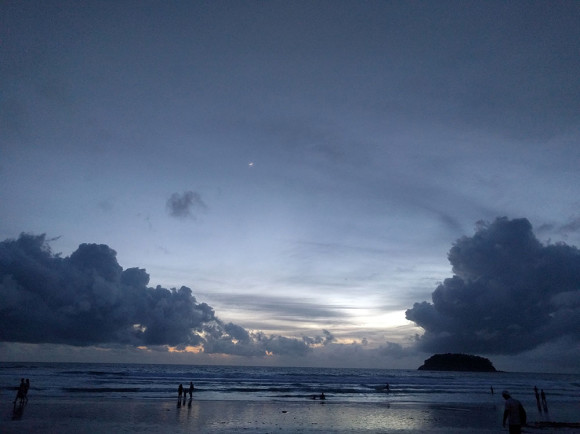 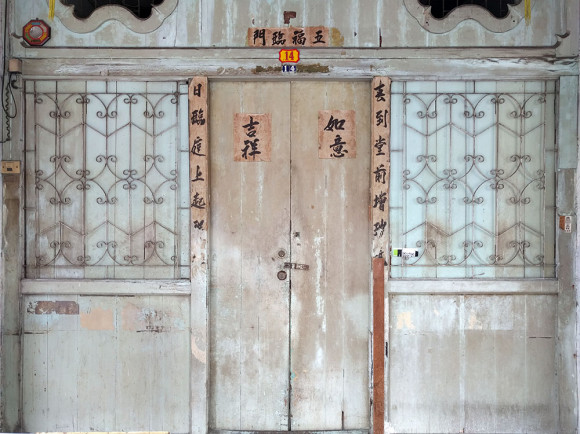 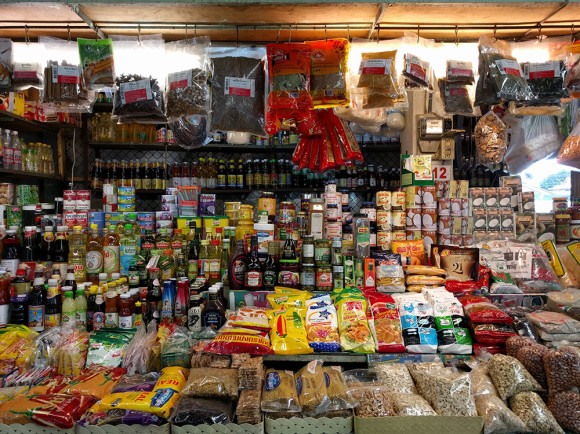 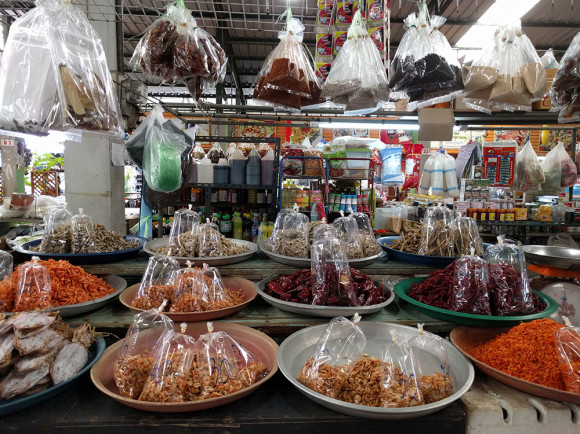 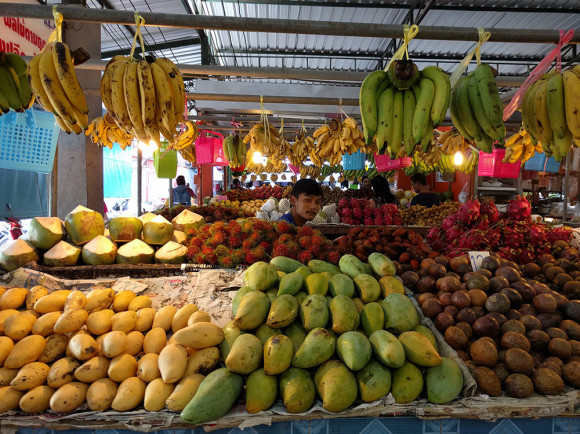