We went on a long weekend trip to Shimoda at the southern tip of the Azu Peninsula in June, and I totally forgot to put some photos up back then. It was like a trip back in time, both to the mid-nineteenth century, when Commodore Perry’s ships arrived here, and the roaring eighties, when the real estate boom reigned here just like in other seaside resorts across Japan. 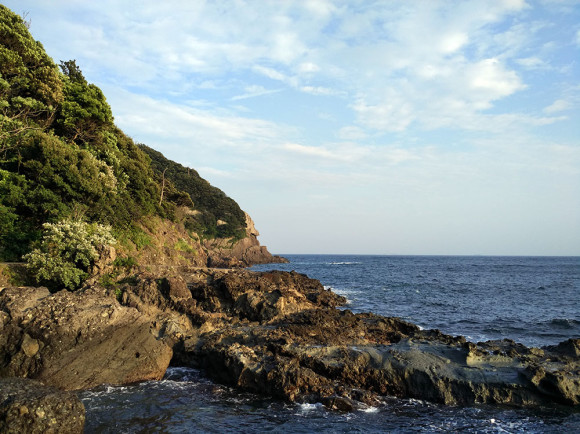 The coast down at the southern tip of Izu was surprisingly pleasant, not as built-up (e.g. with tsunami protection walls) as in other parts of Japan. The beaches were also nice and sandy, the water clear. A direct train from Tokyo Station took us there in 2.5 hours, winding along the Eastern coast of the peninsula. 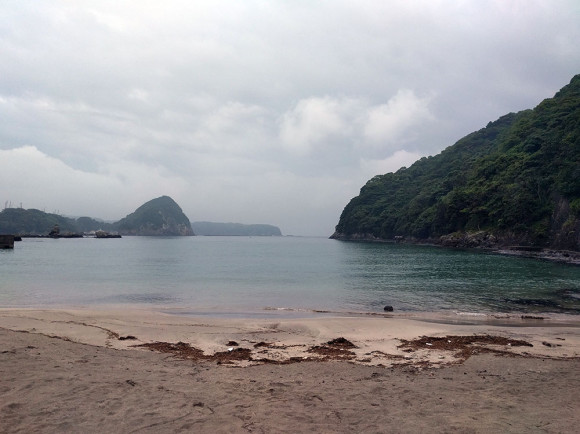 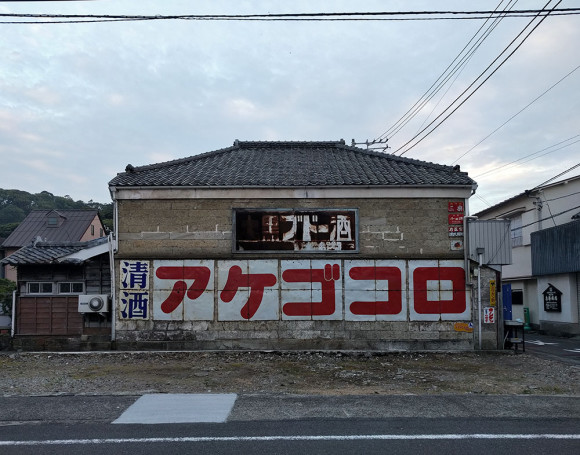 Shimoda has certainly seen better days, and there was a melancholy feel to the town. OK, we also looked for it, e.g. by walking into a derelict hotel just by one of the town’s main roads. As if by magic, things looked almost exactly like when the place must have closed twenty or so years ago. Most room furniture, the room TV etc., all still right there. Not shown here is a table tennis table, with the rackets replete with ball still placed on it. Spooky! 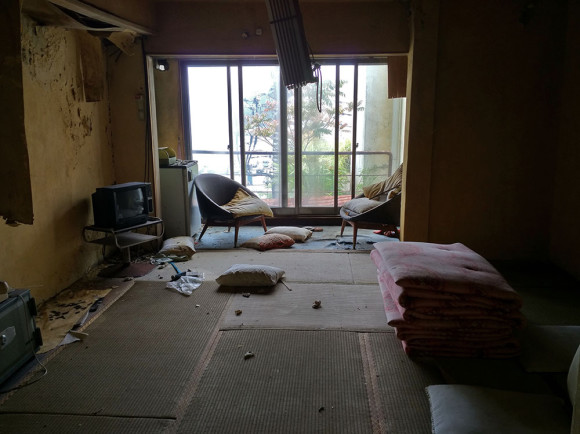 The following two shots show our hotel, the charming Tokyu Hotel Shimoda. Built in the 1960s, it definitely has some Hotel Okura reminiscent charm about it. We caught the place right before a long-anticipated renovation, which will make it one of the few examples of a hotel not being torn down and rebuilt from scratch.

The Tokyu sits on top of a hill overlooking a quiet bay in the outskirts of town. From here, one would have had a comfortable view of Commodore Perry’s Black Ships when they arrived in Japan in 1854. Recommended is a visit to the aptly named “MoBS” (Museum of the Black Ships). A tiny shop selling second-hand yukatas on Perry Road was another great find. 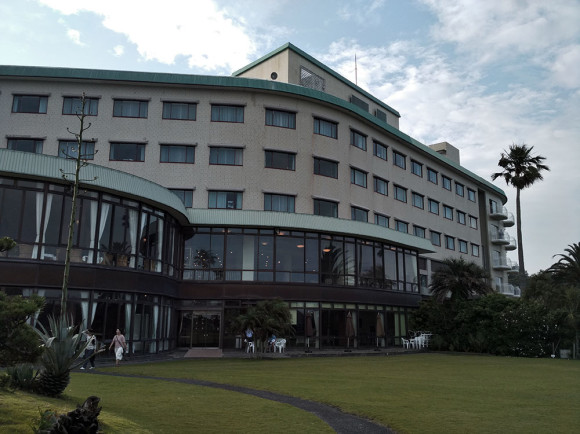 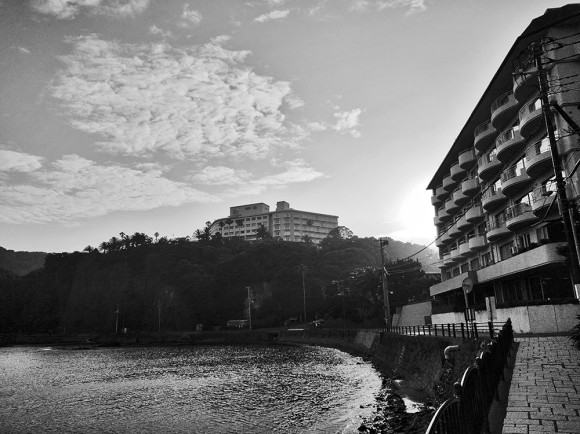