As a follow-up to my post on Yangon’s slums, more browsing reveals the existence of an interesting UN Habitat project. It is called Mapping Yangon. The little information that is available about it confirms some of my earlier suspicions about the state of these informal settlements in Burma’s former capital. 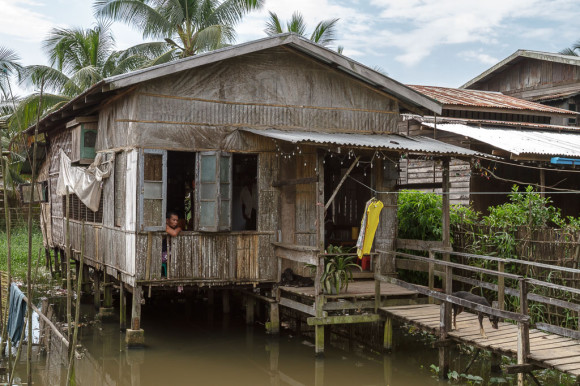 The project page on UN Habitat’s website says that “to date no systematic attempt has been made to analyse the extent, number or living conditions of slums in Yangon”. This is exactly what this initiative, funded by the Cities Alliance, is all about: create a repository of information, or a knowledge base, about poor communities in Yangon.

That way, and also by having YCDC on board, UN Habitat hopes that in the future these communities can be included in the formal planning process. As a first step, they need to be part of the city’s collective vision, i.e. by being incorporated into formal city mapping and databases.

JICA has to date probably been the most active in supporting local authorities with urban planning and mapping efforts. Their Strategic Urban Development Plan of Greater Yangon from early 2014 is a good place to start to gauge the state of affairs in terms of what YCDC and its donors are doing.

Understandably perhaps, much of the report’s space is taken up by the downtown area. It is the undeniable face of the city and one in which many problems of density, breakneck economic growth, congestion and heritage conservation exist and collide.

In terms of slums, perhaps, a more interesting section inside the report is the second chapter on the “North-East Region Development”. These five townships in the city’s north east are forecast to see their population increase from currently one million to three million by 2040.

Interestingly, part of the population increase is thought to derive from an “allocation of population from the CBD [central business district, i.e. the downtown area].” Given Yangon’s history of forced resettlements under the SLORC regime, the choice of words here is hopefully just a gaffe. At any rate, a large part of the additional population will comprise migrants from outside the city.

In the JICA report, the word “slum” appears only once, on page 2-16, where it is said that the North-East Region’s development policy should consider slums and squatters and the provision of low-income housing.

Other than that, JICA’s policy recommendations contain a relatively standard catalogue of urban planning interventions. They include industrial parks, large housing complexes and a raft of infrastructure measures. The renderings on page 2-17 certainly look like from a 101 course on urban planning.

Anyway, there is nothing per se wrong with this strategic document, although it is of course very much informed by Japanese urbanisation experience and expertise. Whether or not that is very suitable to Yangon’s context shall be explored in a future blog post post as it pertains partly to my PhD research here in Tokyo.

The reason I bring up the JICA report here is because it verifies the UN Habitat project document’s assertion that slums and informal settlements have not yet made it into the linguistic arsenal of urban planners working in Yangon.

It can only be hoped that YCDC (and JICA for that matter, given their continued involvement in the subject matter) give more attention to the issue going forward.

The report is already two years old, so I’d be happy if any of you can point me in the direction of more up-to-date sources.

One thought on “More on Yangon slums”