I blogged quite regularly about Japan’s economic history when living here in 2012-13. A fellow student of mine stumbled upon one of the posts during his research. As my first paper is soon due (it will look at the “default reconstruction” of Tokyo’s urban industries), I took this as a reminder to also look here for some clues for my current research. 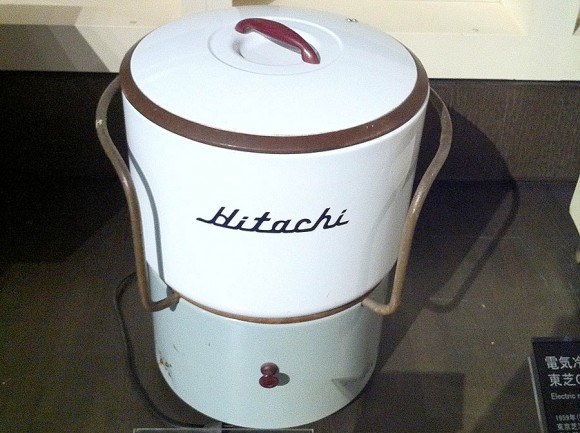 I started off with a post on former Economist writer Norman Macrae in January 2013. He was the first Western mainstream writer to acknowledge that something very special was going on in Japan. After spending a summer here in 1962, he wrote his famous “Consider Japan” feature, which was translated as “Amazing Japan” into Japanese two full years later.

This is probably the first time that anything resembling a “miracle” was mentioned in connection to the East Asian nation’s economic growth spurt. Given that my paper will look at the period of reconstruction from 1945-1960, Macrae’s piece is a great barometer for the debate that took place back then. Could Japan keep growing so rapidly now that reconstruction had run its course and some structural bottlenecks appeared?

By far the longest post two months later was on Japan’s growth model, which is also the one my fellow student picked up. In here, I wanted to develop a framework that I could use for a chapter in a book project I was working on back then (and hope to resurrect now that I am in Japan). The book is intended for a non-specialist audience, so the framework should be understandable enough.

Known for his clear writing and thinking I borrowed heavily from Michael Pettis who on his blog elaborated on China’s growth model in historical perspective. Besides his financial pedigree, Pettis is a keen student of American economic history and a fan of Alexander Hamilton, which explains the model’s contextual focus on the US. Incidentally, I also wrote about the connections between 19th-century US and Japan here.

I thought the three headers (infant industry tariffs, internal improvements and a sound system of national finance) also worked for Japan, albeit perhaps with different rationales and measures of success.

One of the points I definitely want to use in my upcoming paper is that the rebuilding of the economy until 1960 mainly used the existing capital stock. Major investments in infrastructure (rail and roads) had to wait until the 1960s, when funds were becoming more widely available for that purpose.

Given my interest in the Hotel Okura, I wrote a post about the IMF and World Bank meetings that were held here in 1964, just before the Olympics. Although IFI financing did not play a major role in funding the Japanese miracle, it was not insignificant either, especially in the light of technical assistance.

One of the applications of all the work on Japan’s history is to better understand contemporary China, one of my focus areas during my work in fund management and perhaps a worthy avenue of future research given my institution’s policy angle.

The first post looking at parallels between developing Japan and China was looking at investment/GDP levels and asked which period of Japan’s history we should be analysing for clues regarding China today. When looking at per capita GDP levels, the most appropriate decade may be the 1960s, although China does present some atypical features.

Another post from later in 2013 went into more detail. It was inspired by a presentation by Stephen Roach, former MS chief economist. Although the title of his talk was how China can learn from Japan, he fell short on his promise, prompting me to do some reading myself. I found that Ikeda’s tenure as prime minister from 1960-64 featured policies that may be interesting in the light of China’s economic rebalancing.

Lastly, and to build bridges to contemporary Japan, there are two posts, one on economic catch-up today and the private equity industry; the other on the Japanese labour market. One thing I like from these is the focus on productivity and its often-elusive role in accounting for Japanese economic growth.