It’s been almost two months that I have re-relocated to Tokyo and I still have not found the time to record some initial observations. High time then I suppose! 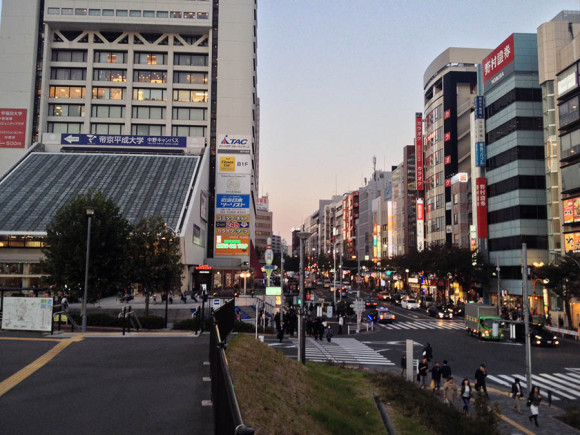 For those regularly following my blog, it may not come as a surprise that I have embarked on a PhD. For now the theme is located at the interstice of development studies and (urban) economic history. Given that my interest in the subject matter arose during a six-month stint in Tokyo, my thesis will most likely also deal with Japan’s post-war experience.

I was lucky enough to find a small but special place in the heart of the Japanese capital that would tie these loose ends together. The National Graduate Institute of Policy Studies (GRIPS) is a government-owned public policy school that primarily offers Master’s degrees to mid-career professionals from developing countries.

They also offer PhD programs, among which is the one I am enrolled in: State Building and Economic Development. It is run by Professor Kaoru Sugihara, an economic historian who has made a name for himself by challenging narratives that have traditionally compared East Asia in general and Japan in particular to historical standards established in the West. Sugihara taught at SOAS for a good decade (before my time), so we share that small institution in London on our CVs.

I am going to go into more detail regarding my research over the coming years, also as this blog changes its focus to become more of my academic sounding board. Nonetheless, I intend to retain a spatial focus and post images and stories of buildings and places that I run into, especially on my travels. My interests remain broad, and to both keep my focus and branch out this blog has been really important to me over the last couple of years (although I have deserted it somewhat over the rather busy last months).

Anyway, one of the posts that is coming up is about the physical GRIPS building in Roppongi, designed by Richard Rogers. 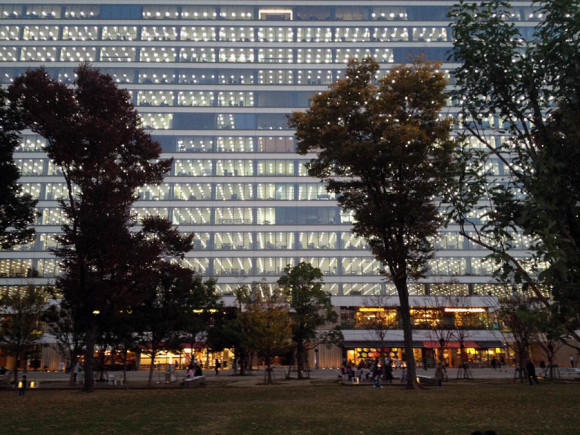 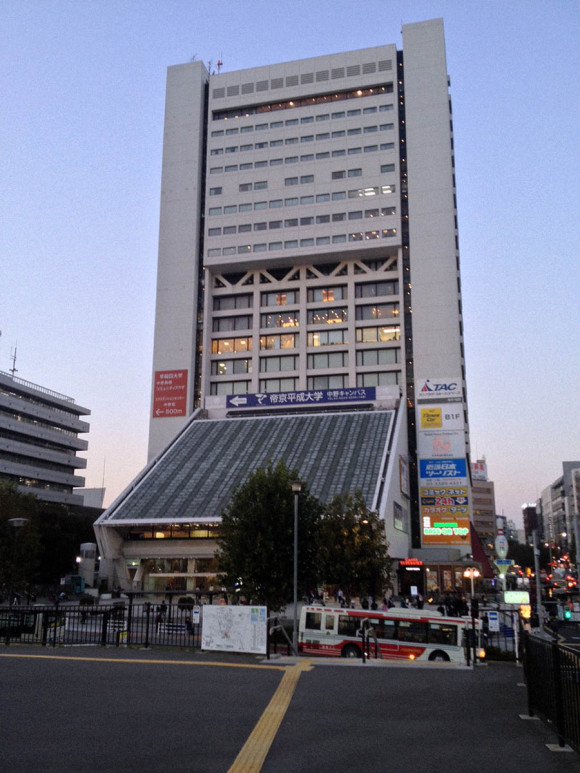 In day-to-day Tokyo, I have been busy getting started. We live in small but very nice student accommodation in Nakano, one stop west of Shinjuku. The area provides the setting for a much more “real life” experience than during our last stay, when we lived in the ARK Hills development in Akasaka. (I wrote about Mori’s vision for the city here. We have since returned for a walk there, and the area has further developed along these Le Corbusien ways. But that is yet another post!) 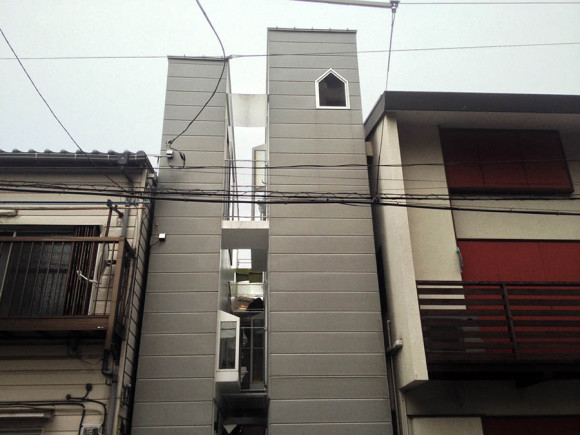 Given that my research will deal with Tokyo’s urban economic history, there will be plenty of occasions to blog about this great city from angles I haven’t yet covered. Just the other day I was walking in Bunkyo Ward and saw this amazingly narrow house, which reminded me of a link my friend Thomas sent me to this great collection of photos of mini-houses. 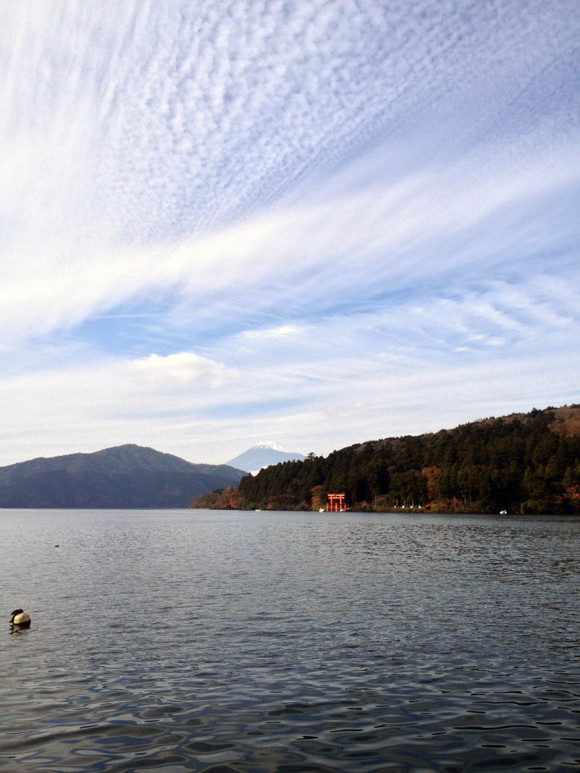 Hakone with Mt. Fuji in sight

Then there’s the prospect of spending the next three years in one place. This hasn’t happened since my time at SOAS in London, so it’s both extremely calming and somewhat daunting. We have started behaving accordingly and bought some camping equipment, which we finally put to good use this weekend in Hakone ashore Lake Ashi. The first (and last) camping trip this year, on 21 November, already a tad too cold for good comfort, but still very worth the effort.

Here’s to the next years in Japan, and giving this blog new purpose.